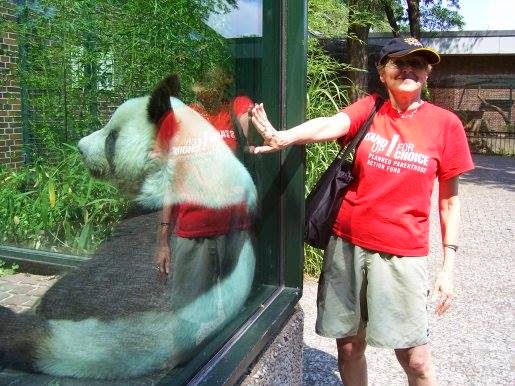 Today KIDLIT 411 is very lucky to interview the talented children’s author of the amazing KATIE WOO series, Fran Manushkin. Thank you, Fran, for agreeing to this interview and for being featured in our AUTHOR SPOTLIGHT!

How did you decide to become a writer?

I didn't decide! Charlotte Zolotow did. I worked as her secretary at Harper & Row, and when I asked her what she wanted for Christmas one year, she said "a book." So I tried. The first story I wrote was turned down by the publisher, the legendary Ursula Nordstrom, but the second story became BABY, COME OUT! I am so grateful for the confidence Charlotte Zolotow had in me. And once I started writing, I couldn't stop. I've been doing it since 1972.

What genre do you write?

Picture books and early readers. I'm wild about Margaret Wise Brown and Ruth Krauss and Arnold Lobel. They were original and poetic, and I look to them for inspiration. I also think that Kevin Henkes and Cynthia Rylant are geniuses. I love stories that have surprising language and powerful emotion expressed in subtle ways.

What are you writing now?

I'm working on my 40th Katie Woo book! My publisher, Capstone, asked me to write a beginning chapter book series featuring an Asian child. There never had been one. By a wild coincidence, I have a great-niece named Katherine Anne Woo, so I borrowed her name. I'm proud that these books are multicultural and that kids enjoy them. I find it easy to write about Katie Woo: She's so much fun-- and though she gets into trouble, she's good-hearted and very resourceful.

What are your favorite children's books?

GOODNIGHT, MOON (surprise, surprise!), anything by Arnold Lobel, especially OWL AT HOME, and anything by Beverly Cleary. She is stupendously smart and hilarious.

You can reach me at my website www.franmanushkin.com . I love hearing from readers and their parents. It always makes my day when I do!

My two newest books with links: 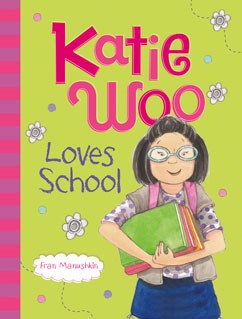 Can you tell us something that people don't know about you?

My first book, BABY, (later retitled BABY, COME OUT!) won an award as the worst picture book published in 1973. This bothered me for a few days--until I found out that others thought it was a very good book. It was published in 7 other countries and still is very successful in France. The moral of the story: everybody has their own opinion, and no writer should despair if someone (no matter how important) doesn't like their book. So my advice to new writers is: be stubborn, keep going up to bat! Don't let anyone stop you.


Thank you so much, Fran!


Fran Manushkin was born in Chicago, Illinois. She attended the University of Illinois and Roosevelt University and received her Bachelor's degree from Chicago Teachers College, now Northeastern Illinois University. After a short stint teaching elementary school, Manushkin decided to move to New York City, which she did by getting a job at the Illinois pavilion at the 1964 World's Fair. She worked briefly as a tour guide for the then-brand-new Lincoln Center for Performing Arts and then went on to a career in publishing, eventually becoming a children's book editor.

Encouraged by her colleagues in publishing, Manushkin wrote her first picture book, Baby, in 1972. It has since been translated into eight other languages. Since then, she has gone on to write numerous well-received picture books and for young readers. In recent years, Manushkin has become known for her Jewish holiday stories, which focus on the joy and warmth of family traditions. Some of these stories include, Miriam's Cup: A Passover Story, The Matzah That Papa Brought Home, and Latkes and Appleasuce: A Hannukah Story.

She has also written the popular board book, Big Girl Panties.

Fran Manushkin still lives in her adopted home of New York City, where she enjoys reading, swimming, book collecting, bird watching, cat watching, and going to movies and the theater.