We are so excited to present author-illustrator Leeza Hernandez, whose latest picture book, CAT NAPPED! just came out on June 12. Be sure to enter her giveaway for a signed copy of both CAT NAPPED! and the companion book, DOG GONE!

Update: A runner up will receive 4x6 silk-screened art cards from Leeza.

Tell us about your background and how you became a children's illustrator.

I’m originally from England, and after art school, pursued a career in editorial design—first in newspapers, then magazines and books. During that time, I would illustrate editorially, too, if there was a call for it.

It wasn’t until after I moved to the US, that I became involved in illustrating children’s books. Because of participating in Illustration Friday (a great website to help keep the creativity flowing), I clicked on a link to view someone’s work that then led me to SCBWI. I joined, learned as much as I could about how to illustrate books for young readers, and of course, I’m still learning today!

I met you at the SCBWI conference the year you won the Art Showcase award. Did that open doors for you as a children's illustrator?

Absolutely! SCBWI has played a HUGE part in helping me get to where I am today for sure, and it continues to do so. I will be forever grateful. This organization rocks!

Can you tell us about your books that will be published this year?

I have two books coming out this year: CAT NAPPED! (G.P.Putnam’s Sons) which released yesterday (June 12), which is a companion book to DOG GONE! that came out in 2012; 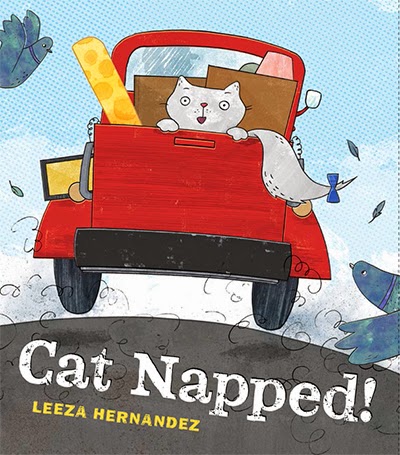 and EAT YOUR SCIENCE HOMEWORK (Charlesbridge) releases August 5 which is a sequel to EAT YOUR MATH HOMEWORK (written by the lovely Ann McCallum) that came out in 2011. 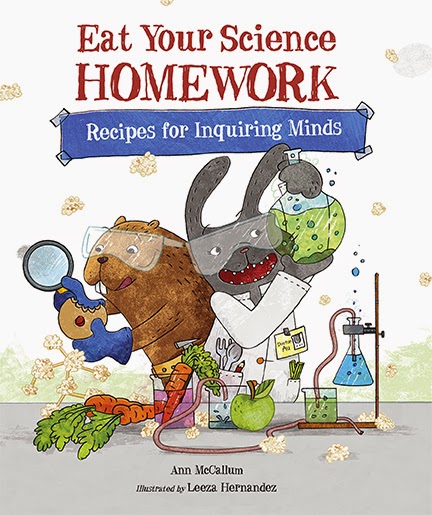 I’m excited for both to release—it’s going to be a busy summer!

What was the most interesting thing that you learned from working on these projects?

One of the interesting things I learned when working on CAT NAPPED! was something that art directors talked about but the penny never really dropped for me until working on this book: everything in your illustration is a character. Not just the animals or people, but trees, vehicles, buildings, plants, props, even a garbage can.

The truck that’s featured in the book started off as a box truck, then revised to be a pick-up. I drew hundreds of trucks, but just couldn’t get it quite right. As soon as I shared the sketches with my editor (this amplifies the importance of communication) she was able to pinpoint the issue right away. The truck was too modern and angular. I needed to soften the edges and round out the vehicle. It was a light bulb moment! Starting from scratch, I researched vintage pick-up trucks and eventually found a character for the truck that suited the tone of the book and the rest of the illustrations.
What projects are you working on now?

I’m currently working on EAT YOUR HISTORY HOMEWORK, also written by Ann McCallum, which comes out next year with Charlesbridge.

What is your typical work flow for an illustration?

I work a couple of different ways, depending on what medium I use, or whether the illustration is for a promo piece or an actual book/dummy.

The majority of my promo pieces come from spontaneous inspiration. I don’t really think too much about them, but hear a phrase, read a quote, or think of some fun word play to riff off. There’s usually one sketch. I scan it in and move things around in photoshop to get the right composition. I print it out, create a more solid line if the sketch is … er… sketchy…then I go straight to color.

If I work in pencil, I go straight to final from the print out. If it’s a silk screen then there’s more work to be done, with many screens to separate out the layers of color, that would then be used to build the print.

Book dummies are a longer process for me where I need the most time to work out sketches as I think, rethink, and think some more. This can take several months, but once I’ve nailed the sketches, and they’ve been approved, jumping to final typically doesn’t take long at all.

Do you have any process pieces you can share with us?

Here’s the background story to this promo piece. It’s only happened to me once so I like to share . . .

The piece, came from, dare I say it, a dream! Bleary-eyed at 3am, I remember waking up, grabbing my sketchbook and scribbling down what I could remember—a girl who let’s her hair grow wild and crazy things happen. 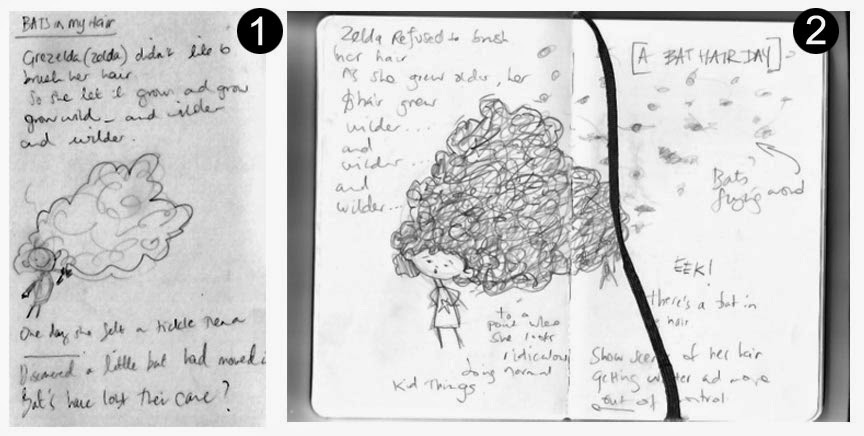 After a few days, I explored the character a little more and from sketch to revised sketch to lineart, and came up with this portfolio piece.

For the final image I created the lineart and textures by hand, then collaged digitally with some final tweaking on color in photoshop.

I sent it out on a postcard to publishing houses and received some great feedback.

Now I have a story to go with it which I am working on with my agent for submission. Inspiration can strike at the funniest of times, and I am so glad I keep a sketchbook by the bed, otherwise I probably would have forgotten all about it by breakfast!

What advice would you give to aspiring illustrators or author-illustrators? What is something you know now that you wish you had known when you were starting out?

If you’re not already a member, join SCBWI! Don’t spend time and energy worrying about trying to please other people, but focus on who you are as an artist and channel that energy to always making new art—even if it’s for just ten minutes a day. And practice gratitude for every moment—ups and downs—because all of it leads to valuable learning and growth. 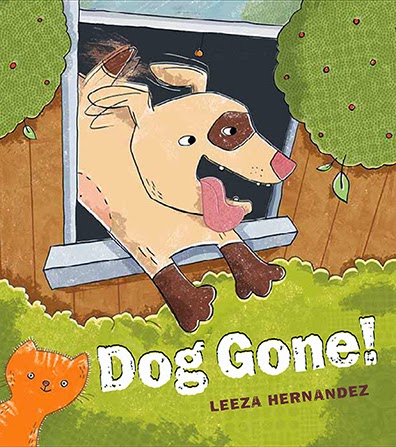 Er … I’m a crazy cat lady and I love cheddar cheese. The stronger and stinkier, the better. Not the cats… the cheese. 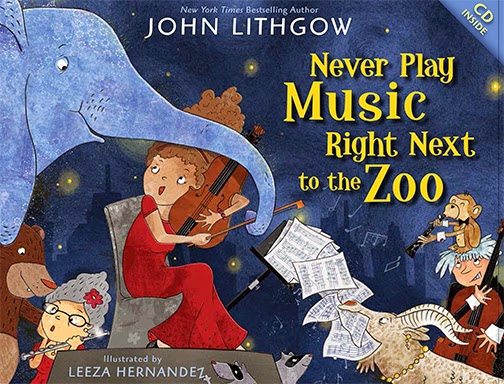 And I collect different illustrated Alice in Wonderland books. Two of my favorites, interestingly, are in black and white—one illustrated by Ralph Steadman, and the other, a beautifully simple little book of mostly silhouettes, illustrated by Jeff Fisher.

www.leezaworks.com (although please try not to cringe if you visit, the site is currently being redesigned and hopefully will launch next month) I’m on twitter every once in a while, too: @leezaworks

Leeza Hernandez has illustrated a handful of picture books including Cat Napped! (Putnam, June 2014) which she also wrote, and Eat Your Science Homework (Charlesbridge, August 2014) written by Ann McCallum. Other titles include: Never Play Music Right Next to the Zoo (S&S, October 2013) written by New York Times best-selling author and actor John Lithgow; Cat Napped!’s companion book Dog Gone! (Putnam) and  Eat Your Math Homework (Charlesbridge). She’s currently working on Eat Your US History Homework (Charlesbridge) due out in 2015. When she’s not working on books, Leeza can be found hanging out with her family making clay robots, tie-dying t-shirts, swimming or simply relaxing with a good book!