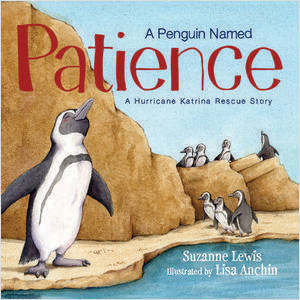 I have always wanted to make books. When I was little girl, I had an overactive imagination that I fed by scribbling and doodling and making up stories. My dad is an artist, and as a child I spent hours working alongside him. When he was in his studio, he put me in one of his oversized shirts and gave me crayons, paints, clay, or whatever he was working with to play with.

At some point during my adolescence, despite a creative childhood, I internalized that it was impossible to make a career out of art and writing. Until about 5 years ago, I never thought it would be even possible.

After graduating from college, I wandered around a bit career-wise. I worked in a history museum, as an activist for a non-profit, and even began a PhD program at Columbia in French and Comparative Literature. While I was at Columbia, I realized, however, that I wasn't going to be happy unless I seriously tried to make a life out of writing and illustrating.

I continued to doodle and draw through my graduate lectures, but I needed time to focus, further training, and a network if I were going to truly pursue a career in children's books. I left Columbia after the completion of the Masters portion of my degree and went to art school (School of Visual Arts in NYC), for an MFA in Illustration in 2011. The two years I spent at SVA allowed me to focus on developing both my artwork and my voice as a storyteller. Since then I've been actively devoting myself to illustration and children's books.

Tell us about A PENGUIN NAMED PATIENCE: A HURRICANE KATRINA STORY. How did you approach this project in terms of research and planning?

When I received the manuscript for PATIENCE, the first thing I did was to print out a physical copy of the story. As I read and reread, I highlighted and circled important words, made notes in the margins, and sketched rough character doodles and preliminary thumbnail sketches. The further along I get into the dummy-making process, I like to reference these initial notes and reactions.

After this preliminary work, I dove into visual research on the specific type of penguins featured in the story. Most of my planning and preparation was sketching page after page of penguins. The story names 19 individual penguins, and one of them had to stand out. These early sketches helped me do some visual problem solving, as I determined how to differentiate Patience, the penguin protagonist, from the other 19 penguins. They also helped me make sure that she consistently stood out in each composition, while still giving the other penguins distinct personalities.

I have a number of story projects all in various stages of development—from rough manuscripts to early sketch dummies. Right now, though, I’m primarily focused on a new picture book that I’ve both written and illustrated called THE LITTLE GREEN GIRL. The sketch dummy is complete, and I’m finishing up a few final paintings, so my agent Joanna Volpe can take it out on submission. (Fingers crossed!) I'm also working on a story about a little Viking character that I've been compulsively drawing on everything.

What is the hardest part of children's illustration for you?

One large-scale problem for me is focus. I have a lot of ideas, and I'm frequently tempted to abandon a current project in favor of a new idea. I love the initial brainstorming and first concept stages, and I can easily get side tracked to jump into a new story idea before I’ve worked out all of the major problems in a current project.

On a practical level, I love the looseness in my sketches. Like many illustrators, I sometimes find it difficult to maintain that kind of spontaneity as my sketches undergo revisions and refining in the process of working from sketch to final painting. Thanks to you, Sylvia, I have actually found some more looseness in my work because of that amazing pencil (Palamino Blackwing) that you gave me when we first met. It has made an enormous difference in the loose quality of the line.

Oh, awesome! (I love that pencil) What advice would you give to new illustrators? What are the one or two things you did that most helped you in becoming a published illustrator?

This is a two-part piece of advice. First, keep at it. If this is what you're passionate about, you have to do it. There will be hard days. There will be days filled with doubt and uncertainty. Don't jump ship, though. Keep going, keep trying, keep playing, and keep working. The only way around the hard days is to plow straight through them.

And second, find a support system. Find other illustrators and friends who understand, so when your courage flags and you do have rough, doubt-filled days, you have someone to help you through them.

I am so inspired by my kidlit peers and friends, many of who I met through attending SCBWI conferences. The kidlit community is a wonderful, supportive group of people.  I am consistently wowed by their talent and drive and bottomless creativity. I regularly see Maple Lam and Jen Betton Rogers on Google Hangout for at-home studio dates. They keep me focused and inspire me to do my absolute best work.

Tell us something most people don't know about you.

I used to tap dance... competitively.

Lisa Anchin has been drawing since she could hold a pencil and making up stories since she could speak. She received further training at Smith College and later at the School of Visual Arts’ MFA Illustration as Visual Essay program. She loves penguins, and as a child, her favorite toy was a small stuffed penguin that accompanied her on all of her outdoor adventures. She now lives in Brooklyn with her partner in crime and their black cat. You can see more of her work at www.lisaanchin.com and find her online @lisaanchin.