This week we are thrilled to interview Aaron Becker, author-illustrator of the magical wordless picture book trilogy that began with JOURNEY (2013), his debut picture book, and QUEST (2014) is the sequel. Be sure to enter his giveaway for a copy of QUEST!

Tell us about yourself and how you came to children’s illustration.

I had always wanted to write and illustrate children’s books. I’ve always liked drawing and I’ve always like working with kids, so doing this allows me to do both at once! After working in animation for some time, I found myself ready to try to make a go at it. I found an agent, wrote a dummy, and the rest is history! :)
Your debut picture book JOURNEY was a 2014 Caldecott Honor Book. To others, it looked like an overnight success, but I’m sure your journey to JOURNEY involved a tremendous amount of work and a lifetime of skill building. What inspired this book? How did it come about, and how long did you work on it?

I first joined SCBWI (the Society for Children’s Book Writers and Illustrators) in 1999 with the hopes of getting published. I began work on Journey more than ten years later, in the summer of 2010, and even then, the book didn’t publish until 2013. 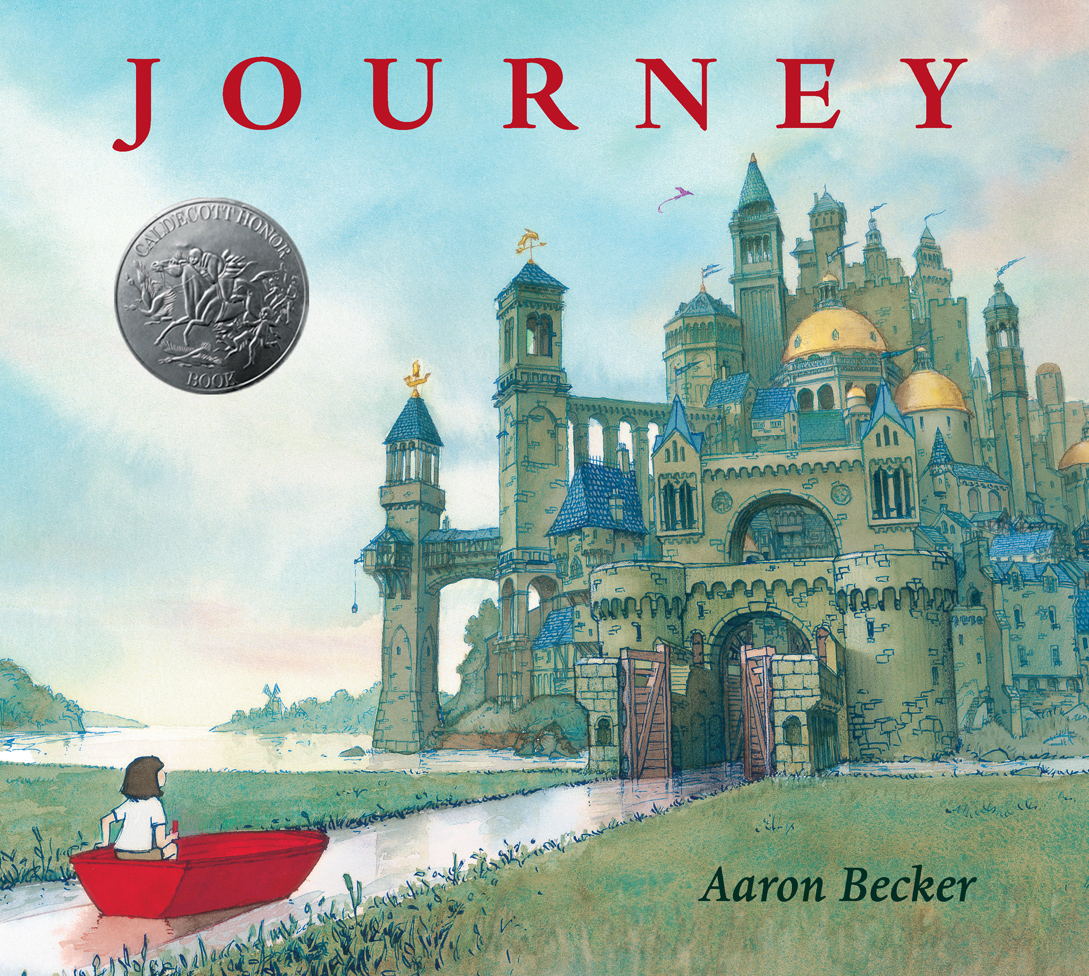 So yes! It was a long road. I think I needed the time to develop my illustration chops and storytelling skills, so I’m glad I didn’t try too hard to publish earlier on and then get discouraged from all of the inevitable rejection letters.

As for what inspired JOURNEY, all of my work begins with establishing a strong sense of “place”; I love architecture and I can’t really imagine a story until I have a real sense of what I’m looking at (or what the characters are!).

That summer back in 2010, I drew a big castle, which became the inspiration for the waterfall city in JOURNEY. And that was the beginning. About a year and a half later, the last illustrations were complete for the book and then a year and a half after that (insert breath here) the book was published.
The architecture in JOURNEY and QUEST is both fantastical yet with roots in reality. What kind of reference and research did you do to create this world? How did you settle on the look and medium you used?

When I was working in film, I had the opportunity to do all of these drawings for Disney’s “A Christmas Carol” that required some really fine line work of architectural renderings for sets in the film. I really loved doing the research and drawing all of the details of the buildings. So I knew that was what the book was probably going to look like - detailed and full of cool architecture renderings.

Then I had to learn watercolor(!) because I knew I wanted the book to have a classic, children’s literature feel. Ink lines with color washes were a natural progression from the line artwork that was common in illustration before color-separation, so in some ways, it’s arbitrary that watercolor is what we consider to have a “classic” look - it was just a technical outgrowth of traditional printing techniques in the days of early color reproduction.

Nevertheless, it also works well for what I want to accomplish: lots of detail in the lines but dreamy, soft color behind it with the washes. I think it’s perfect for the lands in JOURNEY.


I can’t imagine doing this book digitally, for instance, even though I’m far more proficient in that medium. So I put the work in and just did my best.

The illustrations I’m working on now for RETURN, the final chapter in the series, are really turning out nicely and I was just thinking the other day about how watercolor is now such a natural medium for me. It wasn’t that way when I worked on JOURNEY! 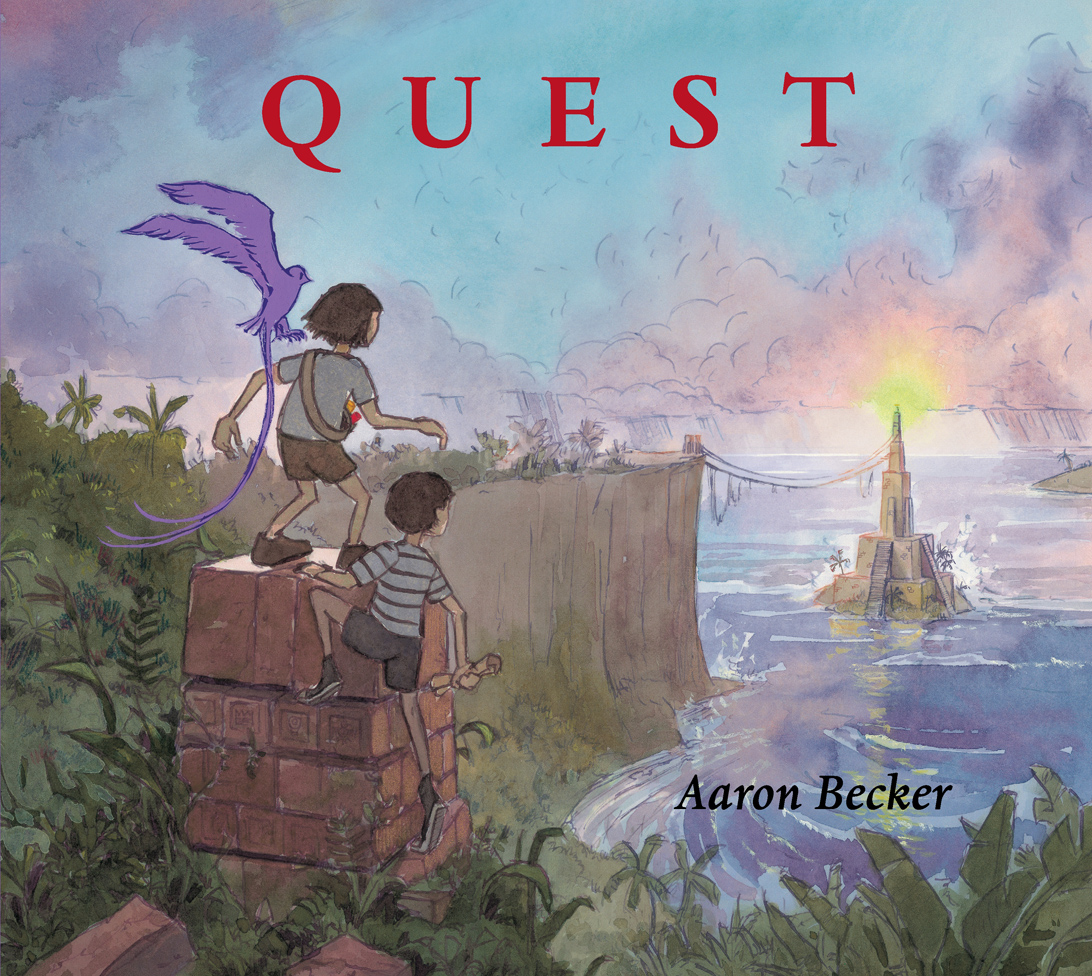 I did do a lot of research for JOURNEY. I could show you the folders! I wanted the worlds to feel familiar but also magical, which meant mixing a lot of different cultures into one hybrid universe. I always find the more work I do in research, the stronger the final work becomes. There are no short cuts to this!
How did you sell JOURNEY to your publisher? Did you make a dummy and sample illustrations?

I knew that publishing is competitive, especially for a first-timer like myself. So after finishing a rough color dummy, I actually printed two-sided miniature dummies and then sewed them together into hand-bound, hardcover books.

This was fun, but it was also something I wanted to do in order to show the potential publishers that I was serious about this - that I wanted Journey to be a beautiful book from a material-point of view, and not just a publishable story.

Candlewick got this right away, and was willing to do a separate design for the cover and the jacket, including an embossed stamp and some foiling. The designer (Maryellen Hanley) and editor (Mary Lee Donovan) somehow found a way to make it work and keep the cost of the book quite low for a picture book. I was impressed! and very, very happy with the results!
What are the one or two things you recommend aspiring illustrators do to further their careers? Or what’s the best advice anyone ever gave you?

I’ve always been driven, to a fault, I think. I don’t think you can decide to just be ambitious one day. You’re either stuck with constant angst or you’re not.

The best advice I’ve ever gotten is to take it easy, but like most good advice, I’ve never been able to follow it. I find that there are some people that create really amazing work without stressing out too much about it, but I don’t know how to do it that way, and most people I know who excel in their field just push themselves really hard.

The thing that I do notice about people who struggle to get published for a long time is that they often don’t adjust their habits when things aren’t working out. So they work hard, but it’s like they’re hammering a nail with a soft hammer and don’t think to pick up a better tool. You’ve got to be able to recognize when your efforts aren't working.

I went back to school when I was 27 because I knew my drawing wasn’t going to get better on its own. And then I left the film industry when my work there wasn’t satisfying or fulfilling. So I guess my advice would be to make adjustments as you go; observe the mistakes you make and be humble enough to realize when you’re efforts aren’t panning out.
What projects are you working on now?

I’m finishing up the last 10 paintings for the last book in the JOURNEY trilogy which will publish in fall 2016. And I have a couple other projects in the works, but nothing under contract yet. I’m really looking forward to seeing what’s next.
What is something most people don’t know about you?

Before my daughter was born, I used to meditate 2 hours a day. I’d like to get back to this one day, but right now I’m in work-mode and parenting-mode and there are only so many things one can focus on at a time!
Where can we find you on the internet? 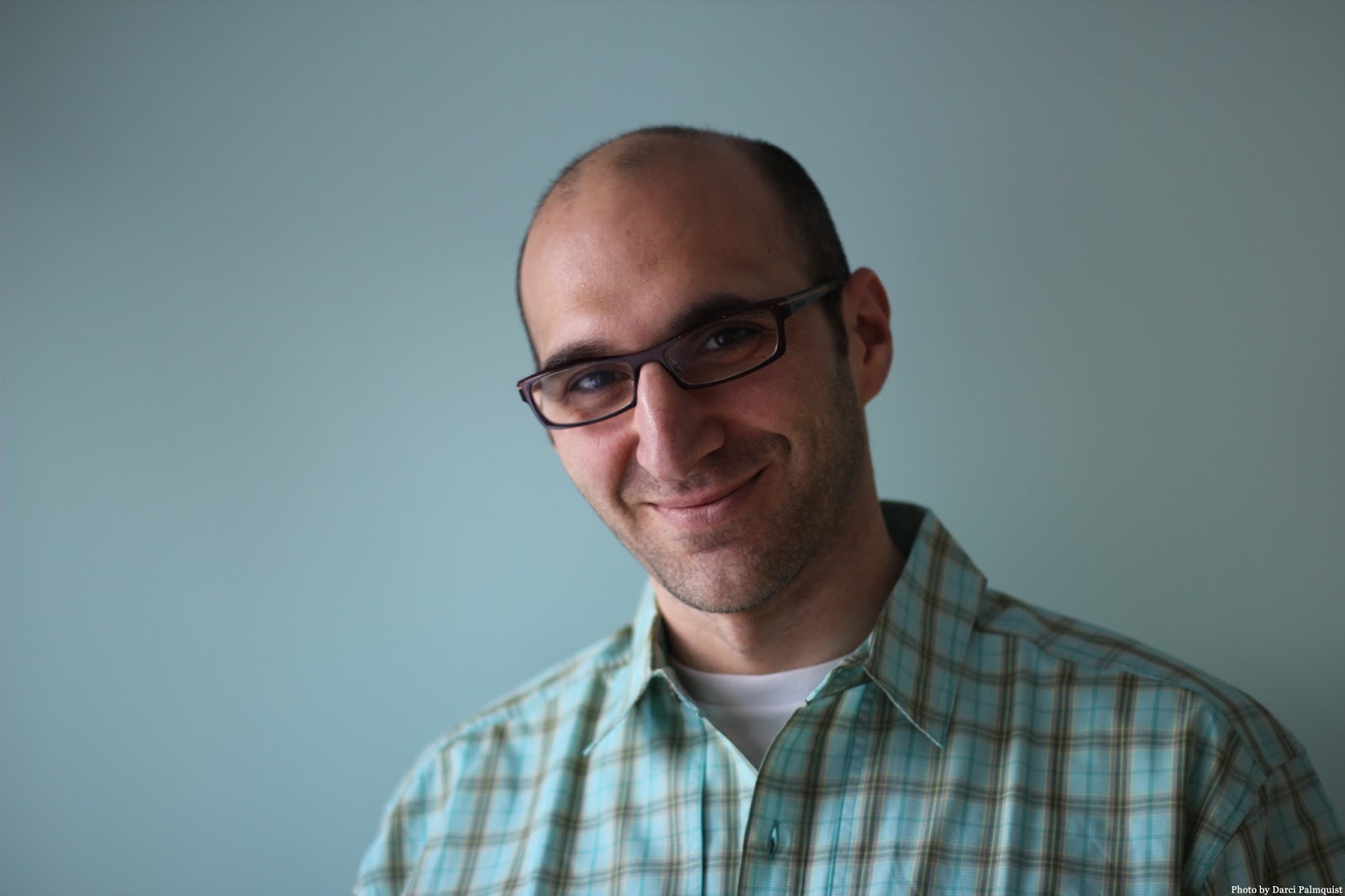 Aaron Becker has made several memorable journeys in his lifetime. He’s lived in rural Japan and East Africa, backpacked through the South Pacific and Sweden, and most recently, ventured from the San Francisco Bay area to Amherst, Massachusetts, a town he now calls home with his wife, daughter, and lazy cat. To this day, his favorite destination remains his imagination, where you can often find him drawing secret doorways and magic lanterns. He is the author of the Caldecott Honor book Journey and the New York Times best-selling Quest.