This week we present Dan Amos, developer of Book Creator, one of the easiest and most intuitive apps to publish an ebook. It has an drag and drop interface and has been used by millions of customers.


Please tell us about Book Creator. What does it do and who is it for?
Book Creator is the simple way to create beautiful ebooks.
Combine text, images, audio and video and create a book that can be shared with friends or even published for free.
The app is incredibly simple to use, allowing anyone to make an ebook from age 3 to 103!

Here's a brief video showing how it works:


Whenever I use Book Creator, it's incredibly intuitive. What are some of the features that people really like about Book Creator?
Thanks!
The audio hotspot feature is very popular as it makes books interactive - you can record yourself reading the book and the reader can tap on the hotspot to hear it. Or you can make an invisible hotspot behind an image, so when the reader taps on the image it makes a noise.
In more recent updates we’ve added a pen tool, shapes and some fun new fonts. We love the fact that we present people with a blank canvas, and all the tools they need to be as creative as they want.
And we’re really excited about our next new feature. We’re going to add a comic book creator. We think people will love this!
Do you need to have an iPad to use Book Creator?
Book Creator is available for iPad, Android tablets and also on Windows. Having said that, the iPad version is the most fully featured at the moment. But you can make books on any of these platforms and share them between devices. 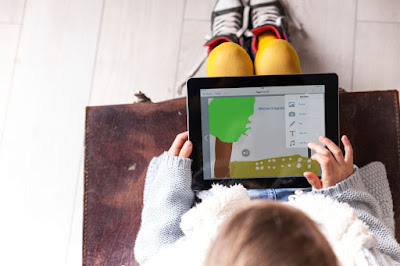 If people want to self publish a picture book with Book Creator, what kind of format do they end up with? Is it something that is only compatible with iBooks or can they use their files in other platforms?
When you export a Book Creator book, you get a fixed layout ePub 3 file. We’ve optimised this for the iBooks reading experience, but it will work on other platforms that can display fixed layout ePub files.
If this doesn’t work for you, you can also choose to export your book as a PDF, which will display on almost any device (but you won’t get the multimedia elements, just text and pictures).
What’s more, last year we added the option to export your book as a video, which makes it much easier to share widely. You could upload it YouTube or embed it on your website.
When I last interviewed you in 2012, Book Creator was relatively new and already a wild success. How has it done since then?
We’re really pleased with the way that Book Creator has evolved, and we’ve been led by feedback from users, particularly from the educational community.
We’re delighted to say that over 15 million ebooks have been made with Book Creator, and on the App Store Book Creator is the no.1 book app in 80 countries. This year we won the BETT Award for best educational app. Exciting times! 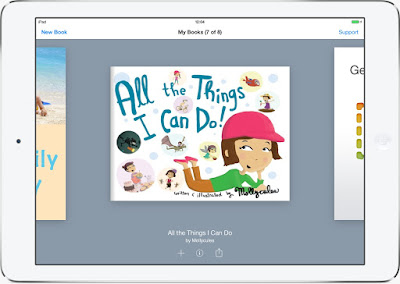 What are some of your favorite examples of how people have used Book Creator?
It’s so hard to choose! Let me give you three amazing examples.

Where can people see examples of Book Creator-created books?
We have loads of detailed case studies on our blog, but the best place to view Book Creator books is on our dedicated Pinterest hall of fame.
Where can people find out more about Book Creator?
Visit us at www.bookcreator.com or come and say hi on Twitter @BookCreatorApp.

To read more, see my review and interview from 2012. 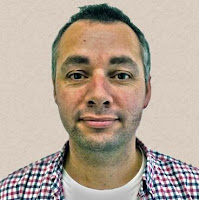 Dan Amos is the founder of Red Jumper, and the developer of Book Creator. A former product manager at Nokia, Dan released Book Creator in September 2011. He lives with his wife and four children near Bristol, UK.