Today we welcome the super talented Susan Nees. She is the author and illustrator of the early chapter book series MISSY'S SUPER DUPER ROYAL DELUXE.


Tell us about your background and how you came to illustrate for children.

For fifteen years I worked as a freelance illustrator, doing mostly advertisements for large corporations. The money was great, but the deadlines were brutal. Shortly after my second son was born, a project came in. It was a pretty typical assignment. The client requested an angry shark dressed in a blue business suit and striped red tie talking on a phone at his tidy desk. Not too angry, not too blue, not too striped, not too tidy and we need it yesterday. I said, “What am I doing?” I knew right then and there I had done one too many sharks, one too many all nighters and that the joy was gone. I knew that it was time for me to take a break.

After that, I worked as a stay at home mom happily packing school lunches, managing little league schedules, and all those other things that stay at home moms do. Along the way I kept up sketchbooks and personal artwork. When my oldest child was in high school, college tuition appeared on the horizon and I was eager to re-enter the workforce.

I thought it over and remembered fondly illustrations I had done years before for children's magazines. I found the work both creative and fulfilling. So, I developed a new style, put together a body of work, got business cards and registered for a SCBWI conference. It was at SCBWI conferences that I met both my literary agent and my first editor.

What was your "big break" that got you your first publication contract?

Well, as I mentioned, it was at a regional SCBWI conference that I met my first editor. While there, we met, she viewed my portfolio and took home a packet of my illustration samples. After the conference, she contacted me and asked me, “Do you write?”

Honestly, I considered myself an illustrator, but I was determined that I didn't want to pass up an opportunity, so I said, “Of course I write!” She then asked me to submit a proposal for an eighty-page chapter book series for young readers. I called my agent in distress and she said “Just have fun with it.” So, I did. Over the next two weeks I concentrated on telling a story that tickled me. I added
illustrations and submitted my proposal, happy with the results, but certain it would get rejected. Instead, I got my first contract for four books with Scholastic. It was a good day :o)

I am illustrating a book written by Lola Schafer titled, CLOVER AND THE 100TH DAY OF SCHOOL, published by Blue Apple Press. The first book in that series, IT'S ME, CLOVER!  is due out October 2015. In addition, I am working on a board book called PB & J, a picture book titled MOUSE AND BEAR, and on a comic book featuring the MISSY character from my Scholastic Series, MISSY'S SUPER DUPER ROYAL DELUXE.


What is your process for developing and doing an illustration?

My process is pretty straight forward. I think a bunch and draw a lot:

I keep plenty of paper and pencils handy. I love the loosey goosey linework and the flow of ideas during this stage. Brainstorming is the name of the game here. I do lots of ideas, starting with thumbnails and then once I am happy with one, I enlarge it to actual size.

Using the light table I redraw the enlarged thumbnail image. My aim here is to maintain a looseness rather than following specific lines. I find it tedious and frustrating to follow the exact lines of the sketch.

Once I am satisfied with the linework, that drawing gets scanned and printed out on watercolor paper. This way if I mess up, or the art director changes their mind, or I spill my coffee, I can just print another.

Working with either actual colors or a monochromatic palette, I complete a number of color studies in watercolor before moving on to the final artwork.

With the color study out of the way, I print out another copy of the linework and add watercolor. I find that if I know what and where my colors are going to be, there is more opportunity for playful washes and rich textures.


What is the best advice anyone has ever given you in your career?

I don't know if this is necessarily the best advice I have ever gotten in my entire career, but it is advice that has made the biggest impact recently, “Just have fun” which was said to me by Quinlan Lee, my first literary agent. Her calm confidence reminded me what was important and what to concentrate on. I did have a story to tell. And, I should tell it with a strong clear voice and have fun doing it. Thank you Quinlan!

What or who inspires you?

Some children's book folks who I am looking at recently that inspire me: 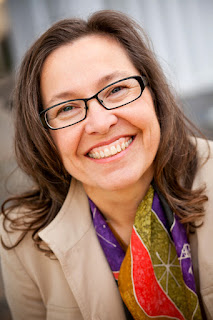 Susan grew up on a farm in the Midwest, where, soon after learning to ride a bike, she learned to drive a tractor. After graduating from the University of the Arts in Philadelphia, Susan taught illustration and worked as a freelance illustrator. Her clients included Harcourt Brace, Houghton and Mifflin, Macmillan, Scholastic, University of Georgia Press and Carus Publishing. When Carus Publishing celebrated twenty-five years of Cricket Magazine, her work was shown at the Art Institute of Chicago along with the work of Eric Carle, Tomie dePaola, Peter Sis, and Lisbeth Zwerger.

Susan's artwork can be found in folios and fine books at the Low Library of Columbia University and in special collections at Princeton, Washington University, the University of Iowa, as well as other collections. She illustrated LIFE OF THE BODY, written by Jane Smiley and published by Coffee House Press, which went on to receive the American Institute of Graphic Arts Award (AIGA). She is the recipient of an Independent Artist Grant from the Georgia Council for the Arts for Rural Route 2, a limited edition suite of print illustrations documenting the family farm.
Labels: Author Spotlight Illustrator Spotlight Susan Nees