Be sure to enter into her giveaway for a signed copy!

I’ve always loved books, but I never thought that I would write one. I mistakenly believed that the only way that I could be involved with books was to become a librarian or a teacher so I went to grad school to get a Ph.D. in literature. For several years, I taught at the university level, but, after the birth of my children, I did not return to my academic job. After a few years at home, I needed to find an outlet for my creativity so I decided to go back to school. I discovered classes dedicated to writing and illustrating for children at a local university and I’ve been writing ever since.

Could you tell us a little bit about your book?

PIRATE'S LULLABY: MUTINY AT BEDTIME (Doubleday BFYR, August 25, 2015), illustrated by Tim Bowers, is the story of a little pirate who stages a mutiny to avoid bedtime. The main characters, Papa Pirate and his son, Ned, engage in a battle that most parents and children will find VERY familiar. Pirate’s Lullaby is semi-autobiographical, too. I’ll let you guess which character I identify with most!

How did you get the inspiration for the book? 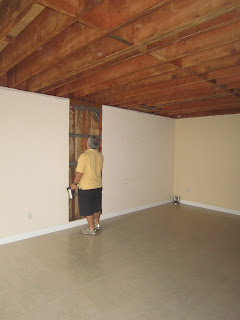 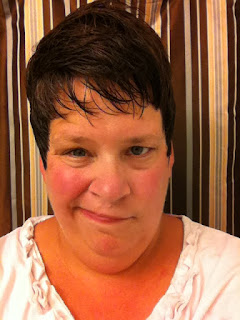 I was enrolled in a picture book writing class at the time and had to come up with a story for our first assignment. The first line popped into my head one morning. But a line does not a story make. What really shaped the final version was my bout with Bell’s Palsy. When I woke up the day before Halloween, I discovered that all of my facial features had mutinied. I had a lopsided grin and an eye that wouldn’t close. 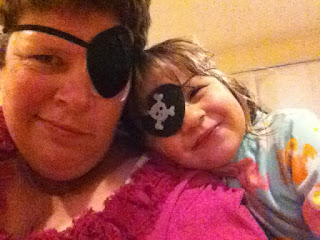 For the next month as I recovered, I wore an eyepatch. I was still wearing the patch when I received editorial feedback on Pirate’s Lullaby. Although the manuscript featured pirates, the editor advised me to explore pirate language more fully. Little did she know how well-prepared I was to do so! During the revision process, dressing and acting like a pirate helped me revise and eventually sell my manuscript.

My process keeps changing and evolving as I keep learning and growing, but my most useful tools are the story board and the picture book dummy. I’m not an artist by any stretch of the imagination, but my little stick figures help me correct structure and pacing problems.

Be brave. Be bold. Be a pirate. Take risks. Conquer your fears. Set out for the unknown.

You never know what treasure the future might hold!

Marcie Wessels received a B.A. in English and Spanish from John Carroll University, an M.A. in Spanish from Bowling Green State University and a Ph.D. in Latin American Literature from Tulane University. PIRATE'S LULLABY: MUTINY AT BEDTIME (Doubleday BFYR), illustrated by Tim Bowers, is her first children’s picture book. She lives with her husband and their two children in San Diego, California.