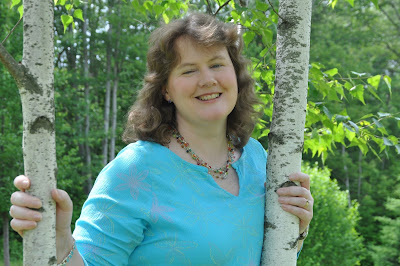 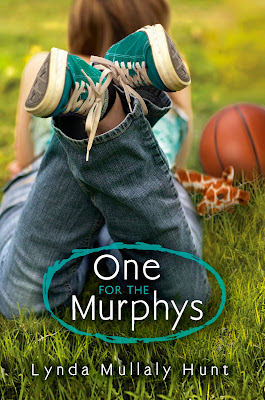 Well, unlike many of my author friends, I was not the child who read and wrote as a kid. In fact, I struggled with both; FISH IN A TREE is a giant thank you note to the teacher who finally helped me in the sixth grade. At the end of that year, I decided I would become a teacher and help kids just like he did me. Ten years later, I graduated from college and began working as a third grade teacher.

It was this job as an educator that led to my writing on a regular basis. I found that while teaching revision to third graders, they had a tough time looking critically at their own work. They also didn’t relish being honest with their peers about writing pieces needing improvement.

So, I began writing stories for my kids—terrible, boring, illogical stories which I would copy off and give to my students with red pens. “You be the teacher,” I’d say. “Fail me if you’d like, but you better explain why.” They dug very deep to do this. So, ironically, I began my writing career by writing the very worst that I could. 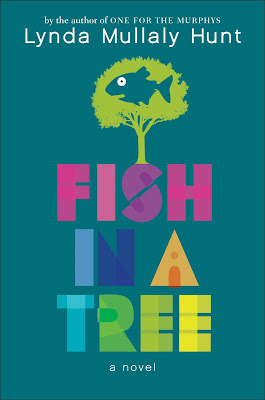 ONE FOR THE MURPHYS was an incredible break out book. It’s won the Tassy Walden Awards for New Voices as well as the Virginia Readers' Choice Award, an ABA New Voices Pick, A Nerdy Book Award Winner, and an Editor’s Choice Book with Scholastic Book Clubs. It also appears on 25 state lists. After all of that incredible success, were you nervous about releasing FISH IN A TREE?

First of all, thank you for your kind words. I am proud of ONE FOR THE MURPHYS although I remember thinking early on that no one but my family would read it. ☺

To answer your question? Yes! I definitely worried about the fate of Fish before its release. And now that I’m working on book three, I worry about that one too. I think that’s par for the course with writers, though. Most writers I know and love are sensitive over-thinkers. I think it greatly contributes to why we are writers in the first place. However, when my head goes there, I remind myself that there are a lot of things in this business that we have no control of and it is unwise to waste the energy. I’d rather focus on places I can make a difference. Like that next book!

I have three books under contract. My third book will be a contemporary MG novel. My fourth book will be a YA set in Cape Cod. The fifth book is a historical fiction in free verse. All books are quite different from each other which excites me!

I have two pieces of advice.

First of all, sit down and WRITE. I’ve found that writers like to talk about writing, read books about writing, attend conferences on writing, think about writing, but they don’t always sit and do the work. Obviously, this is a must. Hard, I know so I’d suggest you set a timer for 30 minutes and make the rule that you may not stop writing until time runs out. You will spill a lot of words and many of them will not be very good at first. Which leads me to my second piece of advice…

Allow yourself to write terribly. ALL writers no matter where they are in their careers write things they aren’t happy with. It’s simply part of the process and no big deal, really. Holding yourself to unreasonable standards such as perfection kills creativity. If you aren’t able to have fun with it, it will show. And…you won’t love it which would be a terrible shame.

If you’d like to read my letter to fellow writers about bravery and perseverance, see this post here.
http://www.lyndamullalyhunt.com/for-writers/

At the age of nine, I nearly drowned in Walden Pond, the very one made famous by Thoreau. I was pulled from deep water unconscious and revived by a teenage lifeguard. I’ve often wondered where he is today. 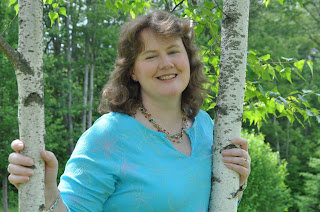 Lynda Mullaly Hunt’s second novel, FISH IN A TREE, is the 2016 ALA Schneider Family Book Award winner, an ALA Notable Book, Nerdy Winner, and a New York Times Bestseller. It is being released in eleven languages. Her first novel, ONE FOR THE MURPHYS (both published by Nancy Paulsen Books/Penguin), is the winner of The Tassy Walden Award: New Voices in Children’s Literature, an ABA New Voices Pick, A Nerdy Book Award Winner, and an Editor’s Choice Book with Scholastic Book Clubs. It also appears on 25 state lists. Murphys is being released in five languages. Lynda has directed the SCBWI-NE Whispering Pines Retreat for eleven years and is a former teacher and FPS Scenario Writing coach. Lynda lives with her husband, two kids, impetuous beagle and beagle-loathing cat.