Be sure to enter to win a signed and remarqued copy of her picture book, PROFESSOR WHISKERTON PRESENTS STEAMPUNK ABC. Two winners will be chosen. 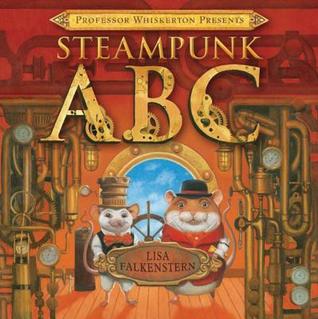 I have been an illustrator for over thirty years. I always drew as a child and after high school I went to Parsons School of Design for illustration. I came out knowing how to draw but not much else. While I was supporting myself by working in a small advertising agency in New Jersey, I went to school at night to try to learn what I hadn’t while at Parsons. I took anatomy, perspective, and painting classes. I finally took a course in cover illustration taught by Milton Charles, who was the art director at Pocket Books. There I learned what was really involved in producing commercial work. Milton Charles started teaching the course because at that time there was a dearth of realist illustrators and he felt if he could get students and teach them, he could employ them. I started painting professionally a year later. And ten years later I married him!

In the early 2000’s, I went through a series of personal unfortunate events, taking time away from my career, and when I finally able to start working again, I found that covers were different; they were starting to be produced digitally. I did that for a while, then decided I should try for what I really wanted to do, which was picture books. I started producing paintings that were what I would like to do professionally and putting them up on my website. I received a call from I See Me, a company that produces personal books with the child’s name intertwined in the story. That necessitated doing sixty paintings. For me, it was a master class in painting stylized animal characters, or in my case, fish characters. Until then I had only painted realist people.

Then while doing covers for Marshall Cavendish, I pestered them for picture book work. They finally gave a book that didn’t have any recurring characters. It was a book about the life around and oak tree titled THE BUSY TREE, so I painted owls, squirrels, chipmunks, etc.  By that time I had joined SCBWI and had a critique group. I had an idea for a book, and at one conference, I ran into Margery Cuyler, the publisher from Marshall Cavendish and she looked at my dummy. Eventually that turned into my book A DRAGON MOVES IN.

You are both an illustrator and a fine artist. What would you say is the main difference between these two hats you wear, and do you prefer one over the other?

I used to say the difference between fine art and illustration is this: when an illustrator paints an apple; it’s about the apple. A fine artist paints an apple, it’s about space, color, feelings, etc. I now think that line is blurred, and some illustrations are so beautiful, they are pieces of art. The fine art that I paint is magical realism, which is the same as my illustrations. Any portfolio piece I paint ends up being sold in a gallery. I like both illustration and fine art. I like the problem solving that goes on in illustration and I like to paint what is in my head for gallery work.

I loved your book, PROFESSOR WHISKERTON PRESENTS STEAMPUNK ABC, and how you used clay models for reference. Can you tell us about your process for making models & using them for illustrations?

It wasn’t until I sold my book, A DRAGON MOVES IN, that I realized there might be a problem with keeping the continuity of the characters. I had only done book covers and the other children’s books I had illustrated before this did not have recurring characters. I created a few simple sculptures of my characters and used them along with other mock-ups of scenes I wanted to paint. I soon realized that the more finished the character models, the easier it would be to keep characters looking consistent. So when I sold my steampunk ABC book, I made the character sculptures much more detailed.

I would first have a very detailed drawing of my characters, the same size as the model. With a same size drawing, I can measure it against the model and make sure I am replicating my character correctly.

Then I make an armature. That is basically a skeleton made out of wire to support the clay. Then I would cover the armature joints with floral tape and air drying resin clay to hold everything in place and then cover the form with aluminum foil in places that called for bulk. I use polymer clay, which stays soft until baked, and I try not to have a figure made out of solid clay, as it would take too long to bake. Polymer clay takes approximately fifteen minutes of baking for every quarter inch of depth, so if the model is an inch in some spots and four inches deep in others, the thinner spots could burn and crack while waiting for the thicker areas to bake.

Here's a video of making the model:

You've worked in publishing and illustrating for a long time. How has the industry changed in your professional lifetime?

When I started as an illustrator, there were no computers and now most illustrations are done digitally. And the pace of business has become much faster and there is less time to do it in. Also because of the computer, simple realistic illustrations are no longer needed. People used to have careers consisting of doing what I would call journeyman work. Someone would need a painting of a lamp, scissors on a table, etc. That kind of work is no longer necessary.

I am working on a few dummies for new books, and I am doing paintings for my gallery, Gallery Piquel, in Lambertville, NJ and New Hope, PA.

What advice would you give to aspiring authors & illustrators?

While I think it’s harder to get started in the business than it used to be, publishers also seem to be looking for artists who are unique, people with their own artistic view. The book publishers need to hire illustrators as much as illustrators need to work, but it is up to the artist to make sure the right people see their work. And to have a unique artistic point of view means that one has to paint and draw constantly to find out what their point of view is.


I am not sure how to answer this question! I don’t traffic much in social media, so my private life is still private. My first husband passed away in 2002 and then several years later I married my high school sweetheart. We have five dogs and three cats, which is why I have to vacuum my house every morning before I can paint. I have begun one hobby, an interest in automatons. I haven’t had any time to start making them, but I want to try. When you are a painter, there isn’t much time for hobbies!

I have my website, lisafalkenstern.com. I am on Facebook, under Lisa Falkenstern Studio and am on the children’s illustration site, childrensillustrators.com, as well on the Gallery Piquel’s website. 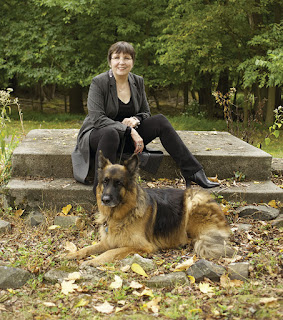 Lisa Falkenstern has been a professional illustrator for more than thirty years.

She is a Gold Medal winner from the New York Society of Illustrators and is in their permanent collection. She won the Platinum Award, Gold Award and Bronze Award for her work from Creativity International, Best in Show and People’s Choice Award at the 2011 and 2012, and 2016 NJ SCBWI conference, and was featured on the back cover of Spectrum 19.  She has been in gallery shows in New York City, New Jersey and Pennsylvania.  Her paintings were in the Focus On Nature XII, XIII shows at the New York State Museum where she won a jury award, as well as the upcoming XIV show at the Roger Tory Peterson Institute.

She paints in oils, acrylic and tempera, and shows her fine art at the Gallery Piquel in New Hope, Pennsylvania.