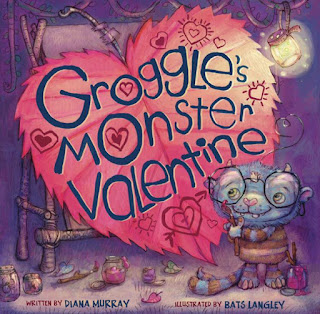 I grew up in a small town in Connecticut, and since there weren't a lot of other kids around, I spent a lot of time playing in the woods alone. It taught me to rely on my imagination! I would create tree forts and paint detailed murals inside them. I dug moats around them and made moat monsters out of found junk. I'd make long paths, adding fun signs that read "WITCHES! I'd Turn Back If I Were You" and  "QUIET! Dragons Sleep Here! I created a world of my own.
As I got a little older I gravitated towards the fine arts. I had great, supportive teachers who mentored me and exposed me to the many ways of expressing myself in my work. I wasn't being taught to paint pretty pictures and sculpt horses. I was working in oil paint, making massive paintings and sculpting monsters in metal. I was also really lucky to have parents (and grandparents) who encouraged my art. I was so thankful to them for creating a studio space out of our large, two door garage. This space became my sanctuary until I left for college. It was where I obsessed over art books, experimented with mediums, and stayed up all night working on my college portfolio.  If you don't know about applying to art schools, making your entrance portfolio is a very long and extremely stressful experience.

After graduating high school, I went to the Rhode Island School of Design in Providence, RI. where I eventually studied Illustration.  I studied Illustration at RISD because it was the only program I felt I was able explore, and play with my many interests, finding new ways of expressing my work. I explored printmaking, fresco mural painting, product and packaging design and animation. I also took a few classes in illustrating for books.  It was in those children's book classes where I realized I enjoyed the process and format of making a book. I found I could create worlds in way that I couldn't necessarily express in other forms of picture making, just like when I was a boy in the woods. I discovered the magic of making picture books and I've been hooked ever since.  While I was in college I did a few internships within the publishing industry and a year out of college I was handed a different opportunity to work for a small company where I got to design toys. Not only did I get to design for this company, but I got to travel to China and work with factories and manufacturers overseas. I was given the very cool opportunity to create products in new formats. I had to push myself to apply new looks and styles, and with every new project the audience I was gearing it towards was different.  Over the past few years working as a toy designer, I learned a little more about who I was a picture maker and illustrator. The path hasn't always been easy but I've had a ton of support from my wonderful fiancé, friends and family. I've been working more and more on illustrating for children in magazines like Spider and Lady Bug.  It's literally a childhood dream come true getting to create the visual world for GOGGLE'S MONSTER VALENTINE.
Congrats on your picture book illustration debut, GROGGLE'S MONSTER VALENTINE. Was your road to publication long and difficult; short and fortuitous; or something else? Thank YOU! For GROGGLE  it took a little time until we found the right home for him to flourish, and be his own kind of monster.  When Sky Pony Press signed the project, both Diana and I were thrilled to be working together. Diana had actually been the first author I had the honor to illustrate. She wrote this wacky poem for Spider Magazine about a girl who wildly imagined what her mother was making for a mystery dinner. The girl pondered her mother using slimy slugs and slithering snakes as ingredients. It was filled with the kind of fun, icky text Diana is so talented at writing. It was a great combination with my monster work.

Actually, Diana and I are represented by the same agent, Brianne Johnson. At the start of this project, Bri had just taken me on as an illustrator and was looking for one of her writers to help create a vehicle to showcase my art.  Diana looked around my website and was inspired by a piece called The Love Nibbler, which was a pink one eyed monster nibbling a heart that simply said LOVE. It was originally created for my fiancé as a Valentine's Day gift. Both Groggle and I love making Valentines to show our affection -Except my fiancé didn't eat the painting when I gave it to him. Eww! Paintings taste GROSS! YUCK!

Who or what are your stylistic influences?

I pull styles from so many places. I love texture and patterns, so a lot of times I go to the museums and pull motifs from ancient tribes, take compositions from abstract paintings or take clothing designs and make them my own for a particular character. The fun part about being an artist is you are able to pull from all around you visually. You can find a strange fungus on a hike or find the coolest pattern on a rug at one of your favorite stores. Lots of unexpected things can inspire me.
Artists inspire me as well. People like Jim Henson, Maurice Sendak, Tim Burton, Dr. Suess and Brian and Wendy Froud profoundly influence my work. For the past few years, the sculptor, artist, and costume designer Nick Cave is someone I've been obsessing over. If you don't know of his work, look him up. He has some amazing performance videos on YouTube that are just breathtaking.What projects are you working on?
At the moment I have a few picture books that I have written that I'm still trying to find the right publishing home for. As I shop things around, I'm usually painting and showing in galleries. Most recently I've shown in Los Angeles at Gallery Nucleus, and at the AFA Gallery in NYC and Las Vegas.

Diana and I actually have a book signing for  GOGGLE'S MONSTER VALENTINE coming up on February 4th at the AFA Gallery space in Soho NYC. You can find the details for that on my social media or at afanyc.com -it's obviously open to the public, and the gallery is filled with incredible art from so many of my heroes. They have tons of work from Jim Henson, Maurice Sendak, Tim Burton, Dr. Suess, and Travis Louie, just to name a few of their artists. We feel so lucky to be having the signing in such a cool space.What advice would you give to aspiring illustrators?
Keep working! Do something for your art every day, big or small. Experiment, take advice, and apply it. Draw what you like to draw, but expand upon it, make your audience experience your world. Show your audience different sides of you, and express your best talents.


Most people think I have black wings and hang from upside down when I sleep.  Sadly no wings, so I can't fly, and I prefer sleeping horizontally (usually on my side). Also I love the sun, and prefer the daytime over the night. Where can people find you online?


You can also see some of my original paintings at the AFA Gallery in NYC and Las Vegas. Check the gallery website for times and directions at www.afanyc.com.
If you're anywhere near New York City, don't forget to join us to celebrate GOGGLE'S MONSTER VALENTINE on the afternoon of February 4th at AFA Soho -there will be heart shaped leaf cookies! 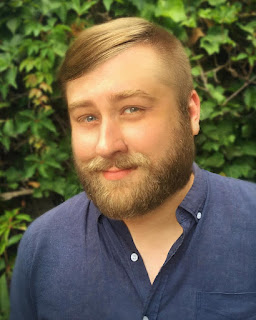 Bats Langley grew up in the dark and perilous woods of New England. He spent the halcyon days of his youth surrounded by many eccentric pets and relatives, who greatly influence his work to this very day. When Mister Langley was six years old, he was given an honorable mention at the Putnam County Fair for his artistic crayon on construction paper opus, entitled Grandma's Despair. This early success ignited his passion for further artistic pursuits.
Mr. Langley continued his artistic studies and graduated from the Rhode Island School of Design. His art has been shown in galleries in New York City, Los Angeles, Hangzhou China, as well as in the United States Capitol building. Mr. Langley has done work for Triumph Publishing and also has shown regularly in Ladybug and Spider magazines. Mr. Langley's illustrative picture book debut, Groggle's Monster Valentine, is coming out in January of 2017, written by best-selling children's book author Diana Murray, and published by Sky Pony Press.
Today, Mr. Langley lives in a tiny, but spectacular apartment in the shadow of the Chelsea Hotel on the island of Manhattan, with his fiancé Nicholas, and their two plants, Lily and Idina. There you will find Mister Langley drawing, painting, sculpting, writing, cooking and watching owls swoop in his backyard, which live in sanctuary on a neighbor's roof. He enjoys ghost stories, biology, medical curiosities, hoaxes, Dutch painting, museum visits, oddities, theater, fashion, old movies and collecting preserved skeletons of extinct animalia. Mr. Langley is represented by Brianne Johnson at Writer's House.