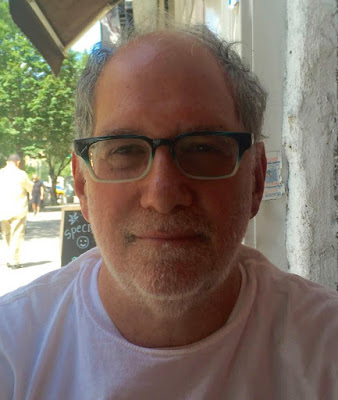 Be sure to enter into his giveaway for a copy! 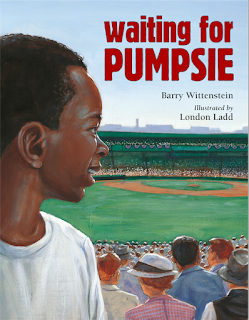 I’m actually an overnight success, but only if one defines“overnight” as forty years. I’m not kidding.

After attending SUNY Binghamton for a few years in the early 1970s, I transferred to San Francisco State University where I finished my BA in English. In college I studied creative writing, mostly poetry. I loved the writing of the Beatniks, especially Lawrence Ferlinghetti. I used to perform poetry on stage at little coffee houses in Haight-Ashbury and North Beach, right up the street from Ferlinghetti’s City Lights Bookstore. When I got out of college, I began writing songs with a friend in a band in Los Angeles. I fell in love with songwriting; it was my calling.

So….I tried songwriting for about a decade with my only success being a pop/jazz co-write that actually got some airplay on the Quiet Storm stations of the 1990s. I then gave that up and took a lot of classes in all different genres of writing: memoir, screenwriting, greeting cards, creative nonfiction. I can’t say I really pursued any of them seriously, though I learned a great deal about plot, character, story structure, conflict, etc. All would come in handy. Still, I was running out of genres.

Bottom line, funny thing was, I had no strong desire to write children’s material. Even after another few classes. Then, my epiphany.

About five years ago, I needed a job. Yet again. So, I decided to get a Masters in Childhood Education at Hunter College. Teaching is one field that doesn't discriminate against older workers. I always liked kids – I am a father to one of my own who’s now an adult. A graduate class there introduced me to contemporary picture books. Growing up in the 1950s and 60s, besides Dr. Seuss, what was there for us kids to read? Not too much. WHERE THE WILD THINGS ARE was available, I guess. So I had not really been aware of the market over the past fifty years. I was blown away by how sophisticated they had become. I fell in love. Was THIS my calling? Something had to be my calling!

I took even more classes, both online and in person, met some great instructors, wrote my little hands off, got an agent, split from my agent, kept writing, kept pitching, got rejected, but never gave up. Finally, in 2014, I broke through with WAITING FOR PUMPSIE.  What a long, strange trip it’s been.

What a journey. Congratulations on your book, WAITING FOR PUMPSIE. What inspired this story?

The story is historical fiction. I am a die-hard baseball fan. And especially a New York Mets fan. When I was about 8 years old, the Mets had a player by the name of Pumpsie Green. What a great name, one that made an impression on my young mind. But I knew nothing about him or his place in history.

As every casual fan of baseball and American and Civil Rights History knows, Jackie Robinson was the first African-American to play Major League Baseball with the Brooklyn Dodgers in 1947. But does anybody know who the second player was? Or the third? Or the last team to integrate? As I grew up, I learned that Pumpsie was the first African-American player to become a member of that last team: the Boston Red Sox. It took place in 1959, four years before he became a Met.

The info is well known to students of the game of baseball, and there are a number of excellent books written for an adult audience about Boston’s long history of racial tensions, on and off the diamond.

But Pumpsie’s story has never been presented in children’s lit for elementary school children. And that’s a shame because Pumpsie’s journey is a bookend to Jackie’s journey twelve years earlier. Just because Jackie broke the color barrier didn’t mean that the struggle ended. The story of Pumpsie and MLB integrtation needs to become a part of the conversation for young generations to come. That is my hope.

It did not matter that Pumpsie was not the player that Jackie was. Nor was his donning a major league baseball uniform a national, iconic historical or Civil Rights moment that Jackie’s was. Still, Pumpsie still endured similar indignations as did Jackie. Big and small moments in the modern Civil Rights movement need to be recognized. All played a role, and furthered the efforts for equal rights.

I do want to add that instead of a straight nonfiction picture book, I decided to create the character, Bernard, an eight-year African-American boy in Boston who loves the Red Sox, and who wants to see a player who looks like him suit up in his favorite team’s uniform. It is through Bernard that we learn about Pumpsie Green. I don’t remember why I decided to tell the story through the eyes of a child as a first person narrative. But it started out that way from the first draft. It was never a question.

I think it probably took me a few months to get the basic story down. It was originally called PUMPSIE, THE RED SOX, AND ME. I was pitching it around, without an agent, for another few months – or longer. No bites. Even Charlesbridge, who eventually ended up signing it, passed on it initially. I wrote back to them saying that it really was the perfect book for them, especially since they were based in Boston. No way did I ever expect them to reconsider. But Karen Boss, my editor at Charlesbridge,  saw the manuscript and it resonated with her.

In terms of what stories I’m getting get ready to pitch, it’s mostly nonfiction picture book bios.

Man, writing picture books is real hard. As is any creative endeavor. What do they say? If it wasn’t difficult to do, it wouldn’t be worth doing? I might have messed up that quote, but, yeah, it’s a struggle.

Specifically, the key is “finding a way in.” Finding an approach that the intended age group can understand. For me, that demographic is  5-8 yrs old. How does one present themes, subjects, stories that entertain, educate, without preaching, that can be experienced (reread) many times. Oh, and using the right language. Oh, and speaks to an adult, as well.

It takes some practice to learn how to think like a five year old. Though if you ask my wife, she’d say I have the maturity level of a…well, you get the point! What has been invaluable is my substitute teaching in elementary schools in the NYC public school system. I have learned a lot about who I am, who kids are, and how I relate to those young minds. They are my built-in target audience. I also have gotten a lot of practice doing read alouds, and understanding that reading picture books is very much a performance. Recently I’ve read PUMPSIE to them.  They know me as Mr. B., the friendly substitute teacher. Now they look at me with dropped jaws and wide eyes and say, “You're an author?”

The easiest part is coming up with an idea. There are so many nonfiction characters and historical events that are begging to come to life for young readers. Its beyond exciting when you can find a subject that has potential. It's a “big slice of chocolate cake with ice cream” type moment, ‘cause you can imagine the writing being spectacular, the spectacular art work bringing the spectacular writing to life, receiving spectacular reviews … as you bite into a spectacular slice of gooey icing.

Of course, after the sugar high, the hard work begins. But it’s always good to have extra chocolate cake around for those little victories during the writing.  You gotta be good to yourself.

All the cliches that one has heard before apply. Sit your butt down and write. You can’t edit a blank page, etc. I also don’t believe in writer’s block.  Okay, if I must, here it goes: To succeed, you have to be so inner directed that rejection can't deter you. You can take all the classes, read all the books, hire all the freelance editors, but if you don't develop a teflon skin, it won't matter.

Nobody knows anything about me! The list would be too long. 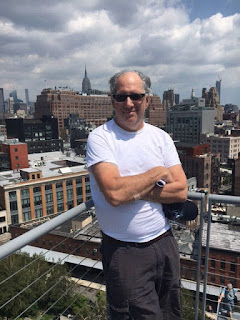 Barry Wittenstein has taken an absolutely wacky path to becoming an author. He has been a taxi driver, a bartender, worked at CBS Records, CBS News, spent a decade as a songwriter, was a web editor and writer for Major League Baseball, plus worked at other jobs he can’t remember. He is now a New York City elementary-school substitute teacher. He lives in Manhattan with his wife and son, and he loves writing books for kids. You can find him most days at Starbucks drinking iced coffee, even when the temperatures are pushing zero.