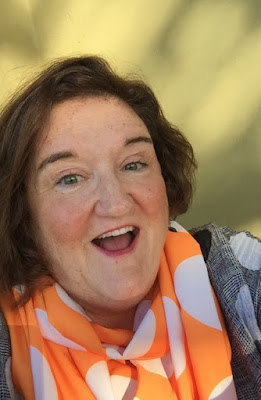 Today we are happy to introduce Darcey Rosenblatt and her debut MG novel, LOST BOYS (Henry Holt & Co.), which comes out on August 22.  Be sure to enter her giveaway of the book! 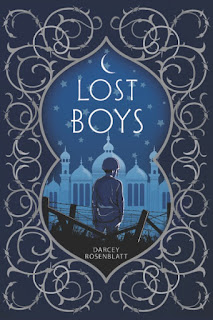 I live in the San Francisco Bay Area, with my husband and lovely daughter (although she is almost grown). I was a huge reader as a kid and thought about being a writer. But when it came to choosing a career went a more “sciency” route and became an environmental planner. For a long time I thought I couldn’t do the technical writing my job demanded and be a fiction writer too, but finally decided the stories in my head weren’t going away so I might as well try to write them down! Working on fiction has made me a better technical writer. I’m not sure why my protagonists are all kids except that books for me were so important in shaping who I was. I think stories can be life changing for young humans.

Congratulations on your debut novel, LOST BOYS! Tell us about the story & what inspired you.

Based on historical facts, LOST BOYS tells the story of Reza, a 12-year old Iranian boy who lives for music and hanging out with friends. Then the Revolution of 1979 and the Iran/Iraq war take away not only his music, but too many people he loves. In his despair and at his mother’s urging he signs up to fight and soon finds himself in an Iraqi prisoner of war camp where he must find a way, through music and friendship to forge his own path.

The idea for this story came to me like lightening - complete with one of those spine-tingling, goose bump-filled moments writers learn not to ignore while listening to NPR FRESH AIR where Terry Gross was interviewing an author who’d written a book about Children at War. This story was just a short page of his book, but it fascinated me. Then for months I ignored it with a capital “I”- I did my best to run away. I ran because this was not my story to tell. I‘ve never been a twelve- year- old boy. I’m not Muslim. Still, I’ve always been fascinated by the journey we take from the religious ideas and practices of our parents to owning our own beliefs (I grew up Jewish in Salt Lake City).

For boys like Reza, this coming- of- age experience was tangled with war. I’d read the wonderful graphic novel PERSEPOLIS by Marjane Satrapi, which tells the story from a young girl’s perspective, but the boy’s side hadn’t been told. I was certain that it should be and the story wouldn’t let me go.

You are the co-founder of one of the best writer's workshops out there, Better Books Marin. Tell us about how this came about and what good things have come out of the workshop.

Well, thanks for that shout out! I am part of a great long-standing critique group, and while we all love the conferences we attend, we sometimes feel that they are either too much designed for newbies and/or too commercial - we were looking for something that was very much craft based.

So five years ago we decided to put together one ourselves. 25 seasoned writers, 3 editors and an agent and we spend 3 1/2 days in the nerdy geekness of kid lit craft. The critiques received have been manuscript changing for many (myself included) and even though we are not about the business several agent/client relationships have been forged here and editors have requested full manuscripts. We are very proud and happy to be having the 5th annual this October. (To find out more, check out www.betterbooksmarin)

I am many drafts into what I’m calling “Chinatown for Middle Grade” without some of the more troubling aspects the 70s movie presented. It’s a kind of environmental thriller (think HOOT) - the story of a modern-day girl from Los Angeles who learns that her grandmother and great grandmother were involved in the fight to keep Los Angeles from taking water from the eastern Sierras in the mid-20th century. She discovers that they intended for her to carry on after they are both gone, but she’s not convinced it’s her fight, especially since the big house she lives in was built by her developer step dad. Still working on the elevator speech!

No question – finding the time! I’m still working as an environmental planner and with the workshop organizing and book launching and I’m dabbling in illustration, and zumba and oh yeah – sleeping! I try to touch the WIP every day, but it is a challenge.

Finding ideas – Even though I plan to live a long life I’ll never get to write all the stories in my head!

Persist! For me this book took so long to write (remember the finding time part – I was raising a kid during this too) and then once “done” I got so many rejections (including originally from my fabulous agent). Even though many of them were encouraging they were still no. But I kept at it and tried to touch stories EVERY DAY – either in what I was reading or writing. So open your heart to good critiques and persist.

Where can people find you online? Darceyr.com

Darcey Rosenblatt writes for middle grade and teenage people because she believes for them stories can be life changing – they were for her.  Her debut novel Lost Boys (Henry Holt for Young Readers) comes out August 2017. Darcey is a cofounder of the annual Better Books Workshop for middle grade and young adult writers. She lives in the San Francisco Bay Area with her fabulous husband and daughter, some fish, and the best dog in the world. She is represented by Erin Murphy or Erin Murphy Literary Agency.