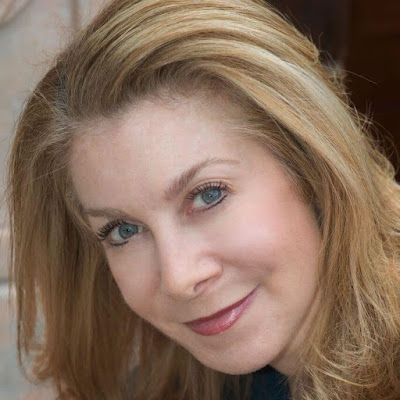 We are pleased to feature MG author Melissa Roske and her new book KAT GREENE COMES CLEAN (Charlesbridge). Enter to win a copy! 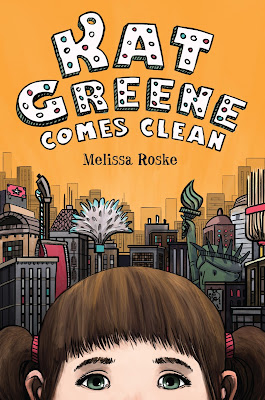 I’ve always been a bookworm, so after college I landed a job as an editorial assistant for a book packager. I lasted five months. (My boss made Miranda Priestley from The Devil Wears Prada look good!) I quickly found a new position at the now-defunct McCall’s magazine, before joining Scholastic as an associate editor.

My husband and I then moved to London, where I worked as a freelance writer and editor, and later, as an advice columnist for Just Seventeen. It wasn’t until I moved back to New York, after seven years of living abroad, that I thought about writing fiction. I’d written loads of articles for magazines and newspapers in the meantime, but I never thought I had the talent for fiction.

I’d been back in New York for about a year when I was offered a job as a relationships adviser for TheSite.org, an advice and information website for teens. It was a great gig, because it combined the two things I enjoyed most: writing, and helping people solve their problems. I liked the job so much, in fact, that I decided to train as a life coach. I started my coaching business soon after.

It was while I was helping others attain their goals that I realized I was ignoring my goal: to write a novel. So I hired my own life coach, the amazing Sara Lewis Murre, and started writing. With Sara’s help, I learned how to push away self-doubt and set daily writing goals. By the end of 2011, I had written my first novel, a chick-lit comedy. It didn’t get published, but it pushed me to start working on a middle-grade novel—KAT GREENE COMES CLEAN.

How did your background as a journalist and advice columnist influence/help/affect your creative writing?

As a journalist, I’m trained to question everything. That’s why, when I’m working on a scene, I always ask myself the “Five Ws.” What happened? Who was involved? Where did it happen? When did it happen? Why did it happen? If don’t have the answers, I know I need to go back and dig deeper. And 99.9 percent of the time, I do!

In terms of being an advice columnist, I’d say it’s made me more empathetic. It’s also given me greater insight into the tween psyche. After all, it was my job to read every letter that crossed my desk, and I read thousands. Many of the letters followed a similar pattern, such as problems with friends, annoying siblings, difficulties at school, etc. But one letter in particular, from a 13-year-old girl whose mom had died of cancer, really stood out. We ended up corresponding for more than a year, until the letters stopped coming. At first I didn’t know how to feel. Should I be relieved that this girl no longer needed to write me—or worried that something had happened to her? Either way, this experience taught me that reaching out for advice is an act of courage; a leap of faith. I wanted to explore this further in my writing.

Congrats on your debut middle grade book, KAT GREENE COMES CLEAN. Tell us about it and what inspired you.

Thank you so much! My book is about 11-year-old Kat Greene, a fifth grader at the ultra-progressive Village Humanity School, in New York’s Greenwich Village. Kat has great friends, a loving blended family, and the excitement of New York City at her doorstep. She’s also got a big problem: Her mom’s got an out-of-control cleaning compulsion, fuelled by her worsening OCD. The problem spirals out of control when Kat’s mom decides to be a contestant on Clean Sweep, a TV game show about cleaning. To cope, Kat reaches out to the school psychologist, thus embarking on a journey of understanding and self-discovery.

To some degree, the book is based on my own experience with OCD—or, to be more specific, my dad’s OCD. His compulsions are the opposite of Kat’s mom’s, though; he’s a hoarder who keeps everything. He’s also a checker, which means he checks the front-door locks, and the gas jets on the stove, multiple times a day. I, too, have obsessive-compulsions tendencies (I always need to have my window shades fixed at a certain level, for instance), but I wouldn’t say this hinders my life. It’s just extremely distracting—to my family, and to myself.

Was your road to publication long and windy, short and sweet, or something in between? Did any of this surprise you?

I’d be less than truthful if I said it was short and sweet! I started querying my manuscript in 2012. After receiving enough rejections to wallpaper my bathroom, I finally got an agent after an R and R. We went on submission in 2013, but the manuscript didn’t sell and my agent and I parted ways. I then reworked the book and started the querying process all over again. I’m not sure how I had the stomach for it, but I was on mission.

I promised myself: I will not quit. Things went faster this time, and I found a great agent who sold the book to Julie Bliven at Charlesbridge. The deal was announced in PW on September 29, 2015. I’ve since switched agents—I’m now represented by the awesome Patricia Nelson of MLLA—and I’m working on my next book.

The one thing that surprised me is how long everything takes. I knew publishing was slow, but I didn’t realize just how slow. That’s why patience is key. I’m not the most patient person on the planet, so this was a steep learning curve to me. I’m still working on it!

Without being too specific (Patricia might not want me to blab), I can say it’s another middle-grade novel, this time about a seventh-grade girl whose family lands on a reality-TV show. Oh, and it’s set in New York. How could it not be?

The best piece of writing advice—for aspiring writers, and for my younger self—is from my mentor, the incomparable Sara Lewis Murre. Sara always says: “What you write is right.” That’s not to say what you write needs to be good, but it’s important that you let yourself write whatever you need to write, at any given time. Self-criticism is par for the course for writers, and it’s vital to keep it at bay. I wish I’d had this advice when I was starting out. It would have made me a whole lot happier—and kinder to myself.

I have a natural talent for archery. I’m no Katniss Everdeen, don’t get me wrong—but for a city girl I’m surprisingly good.


Melissa is a former advice columnist for Just Seventeen magazine in London, where she answered hundreds of letters from readers each week. (Her column was called “Life Sucks,” but it was Melissa’s job to insist it didn’t.) Kat Greene Comes Clean is her debut novel. Melissa lives in New York City.