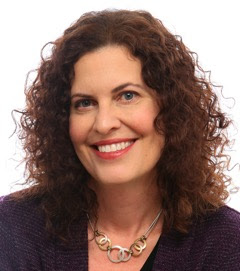 Today we are excited to feature MG and YA author L.B. Schulman, and her debut novel, STOLEN SECRETS (Boyds Mill Press), coming out on Sept. 17.

Be sure to enter to win a copy of her book! 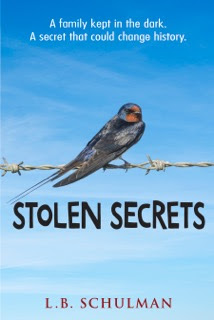 Even when I was in elementary school, I wrote stories about teens. During the time when I was a teen, my life came alive in new and interesting ways. So many firsts, you know? First kiss, first boyfriend, first…artichoke soup. It was such an intense time in my life, and I was keeping a diary, which helped to cement memories and emotions.

Out of the blue one day, I decided to write a novel, based on something that had happened to me in tenth grade. From there, I never looked at any other genre. To be honest, I wouldn’t know how to write an adult book with adult problems. I don’t think I’ve matured enough to write for adults, honestly.

Congrats on your book, STOLEN SECRETS. Tell us about it and what inspired you.

Something I heard on NPR made me realize that the last of the Holocaust survivors weren’t going to be around in a decade or two. Then I began to think about all the “revisionists” (soft word for who they really are) that claim the Holocaust never happened or are mostly lies. When the eyewitnesses die off, they will have more power to perpetuate their false theories. I can’t say more without giving away the twists at the end of the book, but Stolen Secrets deals with these subjects.

Was your road to publication long rocky or short and sweet, or something in between?

STOLEN SECRETS was the opposite of an overnight success. The idea came to me over 20 years ago. I thought the premise was incredible, but I didn’t think I had the skills to write it. So every now and then, I did some research.

Three manuscripts later, I felt like maybe I was ready to tackle it. I started writing it for NANOWRIMO (National Novel Writing Month) and finished the rest of it a few months after that.  It took a few years of revision and multiple submissions before it sold.
You and I met at the Better Books Marin conference. Tell us about your critique group and what it has meant for you and your career.

My critique group, in fun, named ourselves M’Ladies of the Book. The group first met about 12 or so years ago. Recently, we spoke on forming healthy critique groups at the SCBWI writing conference in L.A. Now, all but our most recent member is published and she will be soon, I predict.

It’s been a long road together, full of ups and downs, jealousies, and appreciation for each other. Much like a marriage. As you mentioned, we now run Better Books Marin, an intimate writing workshop for advanced writers interested in craft. I don’t know what I would do without these women.

I’m always revising some old project that never sold. I am also about to write my first picture book, only because the idea won’t leave me alone. I also want to write a screenplay version of Stolen Secrets. And then it’s back to my next YA project, a contemporary that explores the value and threat of risk-taking. Too much too write; not enough time.

Imagine yourself at 65. Who do you want to be? Active? Then start exercising regularly now. Slim? Then lose weight now. An author of multiple books? Then make daily word counts now. If you aim for these goals early, then later on, you won’t be disappointed in yourself.

For writers, read everything in your genre and analyze what works and doesn’t. It’s a quick way to improve your skills and move beyond the newbie stage.
What is one thing most people don’t know about you?

I’m a black belt in Taekwondo. It sounds more impressive than it is, really, but I have the fancy certificate in my office.

Check out my new website at LBSchulman.com and join my quarterly newsletter. I’m also on social media, such as Twitter, Facebook, and Instagram, but my new favorite is Quora because I love teaching others about writing.

L.B Schulman writes middle-grade and young adult books. She grew up in Annapolis, Maryland and now resides in the San Francisco Bay Area with her husband and two teen daughters. Her debut title, LEAGUE OF STRAYS, published by Abrams Books in Fall 2012, explores bullying, revenge, and breaking free from the ties that bind. You can visit her online at LBSchulman.com.