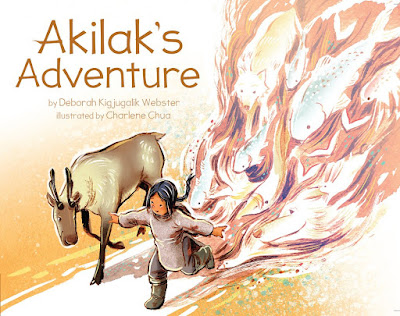 Please tell us about your background and how you came to illustrate for children.

I was born and raised in Singapore. I guess I always liked drawing; my mum has photos of that to prove it! As I grew up, I thought that I wanted to be an illustrator (or maybe more accurately, a comic book artist). There were no illustration schools in Singapore and my family didn't have the money to send me overseas to study, so I ended up enrolling in a visual design diploma. I only did about a year and a half, then dropped out. I somehow managed to land a job afterwards, doing illustrations and design work for a small company.

Eventually I moved on to doing graphic design, project management and web producing. After a few years of that, I quit to become a full time illustrator. At first I was illustrating anything and everything; basically any paying job that came my way. I wanted to do pin-up art at the time and spent many years trying to do that, although I did find that my work for children was far more appreciated even back then.

Gradually my interests changed and I found that I enjoyed doing artwork for children more, and so after almost 10 years illustrating, I decided to concentrate on the children's market as my specialty.

Congratulations on your recent book, HOW NIVI GOT HER NAMES, by Laura Deal. How did you approach illustrating this book? Did you do any research?

Thanks! HOW NIVI GOT HER NAMES is a very interesting picture book that is about traditional Inuit adoption and naming practices. It is also based on a real person (Nivi) and her family. The story is about Nivi asking her mum about her many names, and her mother explains that she is named in honor of various relatives and loved ones from her extended family.

The writer provided me with a good amount of personal photos to work with, including pictures of her home and family members. While I do not draw in what I would consider a realistic style, I did try hard to represent the people in the book as close as possible to their photographs. In this case the photos provided were the main form of research, as I wanted to try to depict the characters and settings as faithfully as possible.

I am finishing up a picture book, and am going to start work on a chapter book. I am also working on another picture book for Aladdin/ Simon & Schuster that is due for publication in 2019.

Can you walk us through your illustration process? What medium do you use?

Once I have the characters established, I start planning the layouts for the illustrations. For picture books, this usually involves doing thumbnail or very rough sketches to figure out how the story flows and where the text can be accomodated. I work out several roughs for each spread. Sometimes I show all of them to my client; other times I pick out the ones I feel tell the story best. I try to have all the roughs done before showing them as its better to see the story 'told' in whole, though sometimes this is not possible due to tight timelines.

When the roughs are approved, I redraw everything nicely on the computer. I switched over to digital drawing for sketches some years ago for the sake of speed and convenience. Generally it works out, and it helps to be able to resize or move elements quickly. Some layouts can get complicated with various characters overlapping one another, and doing things digitally just helps eliminate the need for tracing paper and lightboxes and things like that.

For final art, I either work fully digitally, or sometimes with a combination of traditional media and Photoshop. With my digital work, I use some custom brushes as well as various selected Kyle T. Webster brushes. Eventually I would like to incorporate more traditional elements somehow... in a sense, it's easier to do certain things traditionally despite all the advantages of digital. I'd still keep the final art as Photoshop though, if nothing else I'd need it for touching up and color adjustments.

Learn to be patient! It takes a long time to learn to do art well. It can take an even longer time to build a career out of it. Also, make sure you enjoy illustrating! Illustration, to me, is problem solving in one way or another - you're not just making art to please yourself.

Most of the time, you're get paid to solve a problem for another person (whether that is making an image for their advertising, or bringing their story to life in a picture book). The exception is if you want to work only on self-initiated projects, such as your own books; some illustrators do work this way, but often only after they have already achieved commerical success, or else have some other means of income to support themselves.

I find that I don't normally get inspired to draw or paint; I mean, I don't go out and see something and then get this huge urge to run home and create an artwork around it. But I do sometimes get ideas for stories from the most random of events. I could just be washing the dishes and get an idea from a random thought, like 'what if a cat with a raincoat lost his umbrella...'. Then I'd go do a drawing of that, because there might be a neat story attached to it.

I also enjoy taking walks with my husband when the weather is good. We walk and talk about random things and sometimes neat stuff comes out of those conversations.

If I told you then everyone would know, and it wouldn't be the thing they didn't know about me anymore, would it? ;)

I'm not incredibly social as I'm usually too busy to be Tweeting all day, but I usually can't resist answering a question, so that's probably the best way to get a response out of me online! 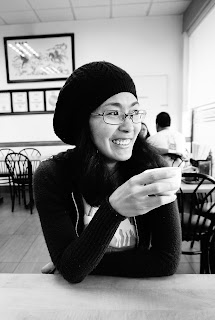 Charlene Chua grew up in Singapore, where she divided her time between drawing, reading comics and failing her Mandarin classes. She worked as a graphic designer, web producer and interactive project manager before settling into illustration full time. Since then, she has worked with clients from Canada, USA, Europe, Singapore and Australia on a wide variety of illustration projects. Her work has appeared in the American Illustration, Spectrum and SILA’s Illustration West. She has illustrated several picture books, a couple which have been selected for the Canadian Children’s Book Centre Best Books for Kids and Teens Selections 2016–2017. She is represented by Tracy Marchini at BookEnds Literary for book projects. Charlene now lives in Hamilton, ON, with her husband and their cats.
Labels: Charlene Chua Illustrator Spotlight