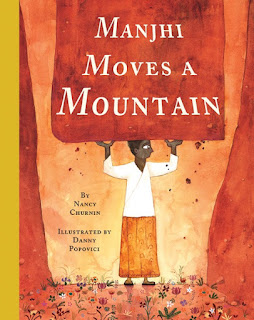 Tell us about yourself and how you came to illustrate books.

During art school, a path I built for myself without knowing it would lead me to illustrate children’s books. Most of the classes were suited for animation and concept design, so naturally I drifted with my colleagues and labeled ourselves animators. I didn’t like drawing hundreds and thousands of frames, just one, encompassing layout design, compositions, color, and light. It was essentially painting that I was drawn to, either with traditional paints like oils and watercolors or digital with Photoshop. When the school finally introduced a basic illustration class, I was on my way out, polishing my animation portfolio with hardly any animation.

It was shortly after in 2012 when I was contacted by Larry Phifer. He discovered a painting on my website that he said would be a perfect look for his character in the manuscript he had recently finished. I read the manuscript, talked to Larry a lot, actually liked the cut of his jib and started painting our self-published book titled WORLD ON A STRING (Storytime Works 2013). I’ve wanted to illustrate children’s books ever since then.

If you’re in art school and still don’t know what to do, don’t worry too much. The visual arts is a massive industry with enough work for everybody. It might not look like it, but by creating your own voice and sticking to your craft, people will seek you out. I’m still riding out a much unplanned art career. The years do pass, and if you stick with it, you’ll notice improvements. It won’t come over night. But it feels so good when you do notice growth. You might not ever be satisfied with where you are with your work, and that’s okay as long as you keep growing and learning.
Can you tell us a little about the stories you illustrate? How do approach a new book?

So far the stories I have had to illustrate have been incredibly inspiring. MANJHI MOVES A MOUNTAIN is important because of how little the general population knows of him but more importantly, how much of an impact he had on people and his geography. He literally carved a 360 ft path through a mountain for the benefit of the people. His story should be taught in every school system.

I approach a book illustration by reading the manuscript over and over again. I make numerous notes on the manuscript and make marks where I think a page turn is necessary. I go through multiple printed versions of the manuscript because of the amount edits and notes that collect over the course of the project. My process overlaps all of the time. Sometimes I test final art as I’m still storyboarding and figuring out the pagination. I collect all my sketches, character designs and send them to my editor for review. We discuss what’s working, what’s not, and what can be more clear or improved. Essentially, I repeat this process as I chip away and begin putting everything together. Organizing a picture book is really a lot like putting together a puzzle.
Has your journey to publication been long and winding, short and sweet, or something in between?

Everything still feels so new to me. Since my first self-published book in 2013 to my debut MANJHI MOVES A MOUNTAIN, it’s been a learning process. It’s not short and sweet, and that’s okay. If everything was short and sweet, then the luster is lost in what we create. It’s actually been quite difficult, but I’ll save that for my therapist.

Like I answered earlier, it’s important to keep drawing every day, not get too discouraged and push forward. You will begin to develop the work you have your sites on which become rewarding, sometimes when you least expect it. When it doesn’t work, it can be discouraging, but when it does, it’s magical.

I live in Oregon. I’m spoiled and I know this. I have traveled and seen some places, but this state really knows how to work its resources. So when so much of my state was on fire this past summer, it inspired to write and illustrate something about forest fires. I was a forest firefighter for three seasons in the early 2000s. I know a thing or two about wild-land fire crews and the importance of fire safety in nature. Writing isn’t my forte, but with the assistance of my agent and colleagues, I think we can put something together and send a positive message to our future forest children.
What is the hardest part about illustrating for you? What is the easiest?

The hardest part for me is communication. You can draw the prettiest picture or have a cool composition, but it won’t land if it doesn’t communicate what you are trying to say. I think that’s where constant revisions and edits come into play to see what works best.

Many times people use their first sketch as a building block for an illustration, but trying other angles or camera depths can really push your story.

Make objects clear and readable. As I preach this, I know I should eat my own words. But it wouldn’t be hard if I still didn’t struggle all the time. It’s the difficult times you put yourself in that help you craft grow.

Another very difficult area of illustration is the ability to know when to stop. I’ll just leave that as is.

The easiest is probably adding tape to the illustration board. Sure, I say this in jest, but it’s pretty darn easy and sometimes very therapeutic. I love prep work, but sometimes it takes so long that my eagerness to paint has been lost in the prepping process.

I’m still very new to this, but I have some battle scars that can help. If you observe all of you idols, successful peers and colleagues, you’ll notice a commonality, and that is persistence. Everybody I admire and look up to has had a very difficult road getting to where they are. We never see the years of ripping out hair and the struggles over work stations. We catch a glimpse into the final beauty conjured up through years of madness. This in essence is, magic.

Well, many people didn’t know I was a forest firefighter, and we did touch on that a bit earlier. From 2003 to 2005, I was a wild land firefighter with a crew called Strike Back. We traveled all over Oregon, Washington, and parts of Idaho. It was a great time because of the experience. You get a chance to see wilderness that probably hasn’t been treaded on in years. And you feel like you’re doing well for the community and Earth. And not to mention the times it felt dangerous or risky. You didn’t know what to expect and that sometimes can be real exciting. 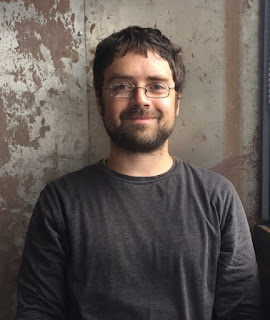 
Danny Popovici likes to draw pictures. He tells stories through picture book illustrations, urban sketching, and visual development for animation and games. When he's not hunched over the drawing table, hiking and biking are some of his favorite activities.
Labels: Danny Popovici Illustrator Spotlight