Today we feature author-illustrator Constance Anderson and her new picture book, A STICK UNTIL . . .  (Star Bright Books 2017). Be sure to enter to win a copy. 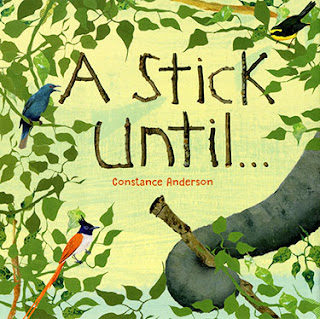 I rediscovered the art of children’s books when I started reading picture books to my own children. As a child, I was inspired by language because of my father’s nightly poetry recitations and funny song performances. And before I could read words, I read the pictures in The Illustrated Treasury of Children’s Literature. So sharing picture books with my children was a reawakening of how word and image come alive in a picture book. I wanted to be part of that. It took many rejections before my first picture book, SMELLING SUNSHINE, was published in 2013. I am so pleased about the publication of my newest picture book, A STICK UNTIL…

Congratulations on your book A STICK UNTIL . . .  Tell us about it and what inspired you.

Thank you! A STICK UNTIL … follows a stick on its journey as a tool, and from a tool to a toy, to a tree. The stick is used by a wide range of animals, is lost, found, and used again, this time by people. Science information about stick use is also included, like a science journal. 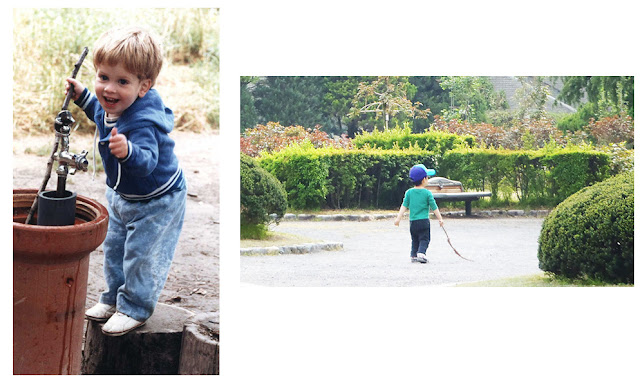 A STICK UNTIL… started with my sons, the masters of human stick use who never met a stick they didn’t like. I also noticed other children playing with sticks. When I saw a young Japanese boy in a botanical garden in Kyoto playing with a stick, I realized that messing around with sticks is a universal joy among children everywhere.

Animals use sticks as well. As a nature guide at the Martin Griffin Preserve, I had observed Great Egrets presenting sticks to their potential mates, and using sticks to build their nests. I knew about the chimpanzees in Gombe Stream Game Reserve that Jane Goodall had observed using sticks to dig out termites to eat.  I started doing research and found that many animals use sticks as tools, some in unexpected ways. From my observations of children, and research into animal tool use the idea persisted that there was a story in stick use and that I should write it.

In A STICK UNTIL… the story line journey of the stick is in color accompanied by sepia charcoal illustrations that add contextual information.

And then the mail came, and when I opened up an envelope, voila! There inside the envelope was the answer, this octagonal security design pattern. 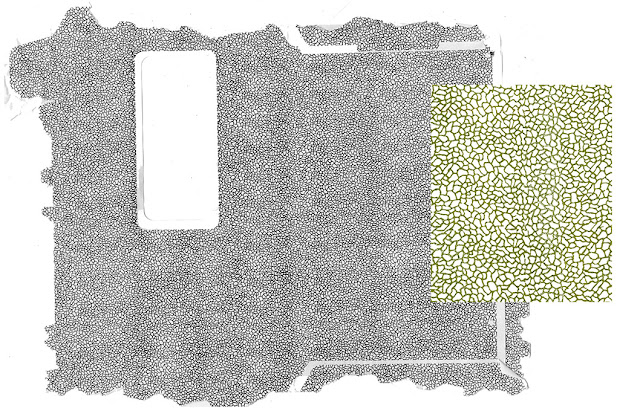 With some design changes in scale and color, it became the alligator's skin.

In the dog illustration spread...

I created fur using a fork to spread acrylic paint on wax paper.

In the gorilla spread, I used a similar technique for the gorilla’s hair. The resist beading up of paint on wax paper became part of the water.

I work on several ideas at a time, over a long period of time. One of the projects usually gathers more steam than another and becomes a primary project. Several concepts in development are animal communication, and rock transformation.

Another one of her “rules” is what people call butt in the chair, although Kent has a more eloquent explanation of why this is important: The only ruleis work. If you work it will lead to something. It’s the people who do all ofthe work all of the time who eventually catch on to things.

And then there is Kent’s Rule One: Find a place you trust, and then try trusting it for a while. This place for me has always been the Society of Children’s Book Writers and Illustrators. SCBWI is an invaluable resource for information, companionship, and conferences. Another trusting place is my critique group, which has given me friendship, perspective and a place to test the rigor of my work.

I fight against perfection which is that persnickety voice saying I should draw within the lines. I pay attention to the voice in order to quiet it.

Where can people find you on line?

Constance Anderson is an illustrator and author interested in connecting people to one another, and to the environment. Her two pictures books reflect these interests. Smelling Sunshine is a story about one world doing an ordinary chore of hanging laundry, (Star Bright Books, 2013). Her newest picture book, A Stick Until..., follows a stick on its transformational journey as a tool (Star Bright Books, July, 2017). Constance often combines paint and paper in her narrative images, a process reminiscent of hours spent as a child making paper dolls and the stories that went with them. Her illustrations have appeared throughout the San Diego Zoo, in science journals, cookbooks, and children’s magazines, and at California galleries and the Smithsonian in Washington D.C. She lives in the San Francisco Bay area in a small house with big garden that doubles as a day spa for birds.