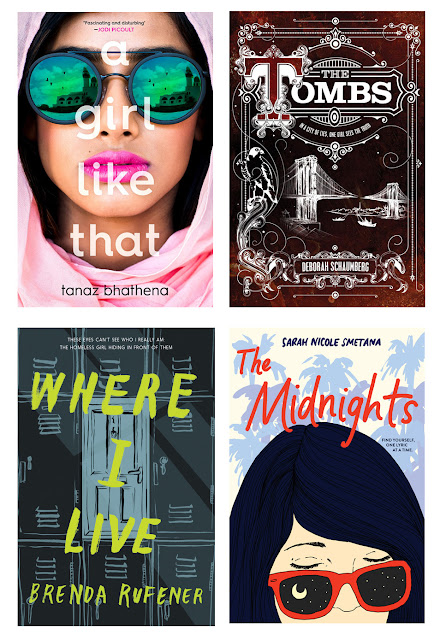 
Enter to win their books! We have two giveaways - one for the first three books as a group, and one for the last one. 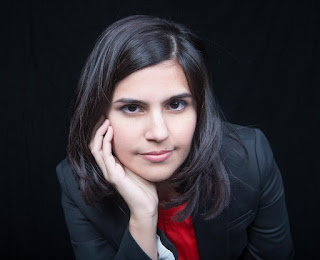 Author of A GIRL LIKE THAT (Farrar, Straus & Giroux)

About your book & what inspired you: Zarin Wadia is 16: a student, an orphan, a troublemaker known for her romantic entanglements among the girls of her class. But when Zarin is found dead in a car accident on a Jeddah highway with a boy no one knows, the religious police arrive on the scene and everything everyone thought about her is brought into question. I lived in Saudi Arabia for fifteen years and the book was partly inspired by that. 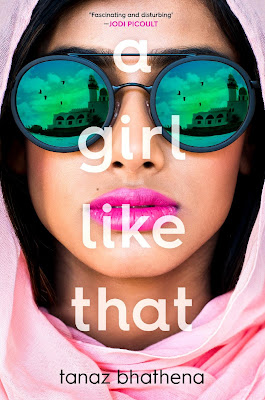 Recent YA recommendation: SAINTS AND MISFITS by S. K. Ali.
One thing most people don't know: I played the piano for six years when I was in school.
Where to find you online: tanazbhathena.com

Tanaz Bhathena was born in India and raised in Saudi Arabia and Canada. Her first novel, A GIRL LIKE THAT is forthcoming Feb 27 2018 (Farrar Straus Giroux).

Author WHERE I LIVE (HarperTeen)

About your book & what inspired you: WHERE I LIVE is about a homeless teen who secretly lives in her small-town high school. She’s the school blog editor, has friends she adores, and sees a bright future ahead–as long as no one discovers her secret. The main character, Linden Rose, is partly inspired by a group of women I worked with in college as a volunteer with a literacy program, and partly from my own experience as a teen living on the brink of homelessness. 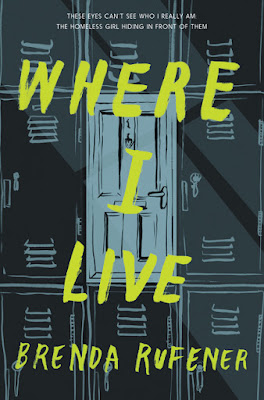 Recent YA recommendation: AMERICAN PANDA, by debut author Gloria Chao, a heartfelt, funny story about a Taiwanese-American teen (Mei) whose parents want her to be a doctor but Mei’s got other plans.

One thing most people don't know about you: I studied biology, as well as English, in college, and spent a summer abroad in Sweden isolated on a tiny island in the Baltic Sea studying the foraging patterns of bees. So if a bee flies into your house and you’re afraid to remove it on your own, call me!

Brenda Rufener is a technical writer turned novelist and the author of Where I Live (out February 27, 2018). Her next YA novel, Since We Last Spoke, is slated for April 2019. Brenda lives in North Carolina with her family and is an advocate for homeless youth. 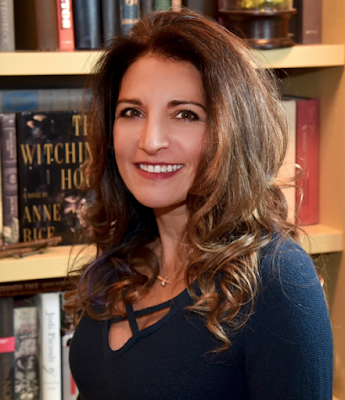 Set in 19th century New York, THE TOMBS is about a young aura seer that must save her mother from an asylum where seers are being experimented on and used against their will. I was inspired by an idea that we are all connected by a universal energy. I wanted to write about a girl that can see this energy and can help people heal their own energy. 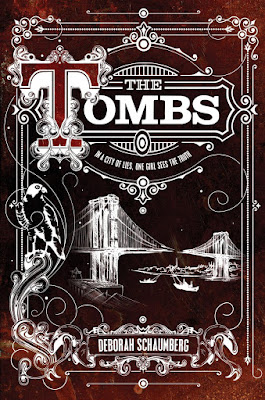 Recent YA recommendation:  Every time I’m asked this question I have a different answer! There are so many great books coming out! I would recommend THE WICKED DEEP by Shea Ernshaw. It’s sooo good!

One thing most people don't know about you:  In college I joined a bottle digging club. New Orleans has lots of 200-year-old houses and we would get a permit to dig in the backyards where people used to bury things they discarded. It was kind of like treasure hunting! I have a great collection of cool old bottles ~ the best are the poison bottles with a skull and crossbones pressed into them.

Deborah Schaumberg lives in Maryland with her family and two big dogs. In her previous life she was an architect, and now, when she’s not writing or reading, she loves to run, do yoga, work in her vegetable garden, and plan awesome Halloween parties. THE TOMBS is her first young adult novel. 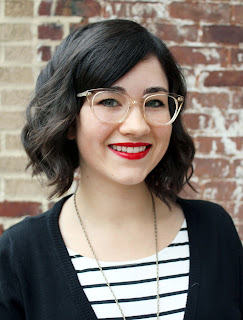 About your book and what inspired it: Taking place in Southern California, THE MIDNIGHTS is about an aspiring musician struggling to hold onto herself and her music after her father’s unexpected death uproots more than just long-buried family secrets. The book was inspired by my experiences in the music scene as a teenager, as well as California in general. But as a coming-of-age story, I’d also say it was inspired by the process most teenagers go through of trying to figure out who they are, where they belong in the world, and how to best pursue their passions—especially amidst major changes outside your control. 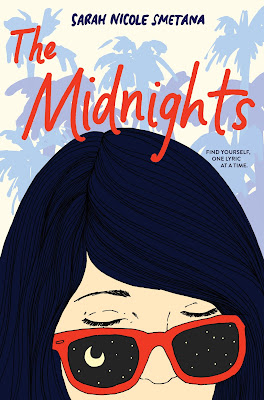 Who you'd cast in the movie: Strangely enough, I never really cast Susannah in my head while I was writing. I worked on THE MIDNIGHTS for so long, and so any actress I imagined playing her in the beginning pretty quickly aged out of the role. For that reason, I’ve always thought that she’d be played by a newcomer, if the movie ever got made.

However, I have mentally cast a few other characters. In my head, Vivian is always played by Jessica Lange, because she’s amazing and such a force on-screen. I also daydream about casting Susannah’s parents as Ryan Gosling and Michelle Williams. Gosling is one of the most charismatic actors out there (perfect for James), and Williams has brought such heartbreaking subtlety to so many of her roles (perfect for Diane).

Recent YA book recommendation: This is such a hard question, as there are so many phenomenal books out right now (or about to come out!). A few other YA debuts that I’d highly recommend include: You’ll Miss Me When I’m Gone by Rachel Lynn Solomon, The Astonishing Color of After by Emily X.R. Pan, Nothing Left to Burn by Heather Ezell, and Blood Water Paint by Joy McCullough. They are all incredible.

One thing most people don’t know: I was a very serious tennis player for most of my youth. I was never good enough to go pro or anything, but I spent a lot of weekends playing tournaments, and practiced for (roughly) three hours six days a week. I did four years on varsity in high school, and a year in college, too. I only stopped playing because I was pursuing a double major and could no longer spare the time. With tennis, if you don’t practice every day, your skill suffers. So I stopped. Now, though, I really miss it!


Sarah Nicole Smetana grew up in Orange, California, where she wrote songs, played in a few bands, and successfully pilfered all of her parents’ best vinyl records. She received her BFA in Creative Writing from Chapman University and her MFA in Fiction from The New School. Currently, she lives in Brooklyn with her husband and their three-legged cat. THE MIDNIGHTS (HarperTeen/ HarperCollins) is her first novel.

We have two separate giveaways. One winner will get the first three novels, and another will win THE MIDNIGHTS.