About your book & what inspired it: The Mad Wolf's Daughter follows Drest, the youngest member in her father's villainous war-band, as she journeys to rescue her father and brothers from an enemy castle with an injured enemy knight as her unlikely companion. In response to the great MG epics of my childhood and today that feature young men learning to be heroes, I wanted to depict a tough yet kindhearted girl protagonist-- one who is depended upon rather than challenged by the men and boys around her--and explore trust, loyalty, betrayal, family, and friendship from that angle.

Classic MG books picks: THE DARK IS RISING by Susan Cooper has inspired me with its gorgeous tale of mythic Britain ever since I first read it as a tween; also Philip Pullman's THE GOLDEN COMPASS for Lyra and her fierce loyalty, courage, and mischievous character.
Recent MG picks: Varian Johnson's THE PARKER INHERITANCE is a puzzle-to-treasure story that goes beyond every other puzzle story I've read, with high stakes and depth behind the puzzle. It's ultimately the story of history, of a black family that was violently run out of a Southern town, and Johnson's depiction of inequality both past and present provides power and heartbreaking tension.

One thing most people don't know: When I was a kid, I always wanted my very own sword to hang on my bedroom wall. One day, I discovered an old fencing foil in a box in my basement. Without anyone's permission, I took it upstairs, hammered a couple of nails into my wall, and propped it up. My parents were very understanding and let me keep it there throughout my adolescence!
Where to find you online: Website: www.dianemagras.com
Also: Twitter, Facebook, Insta gram, and Goodreads
Diane Magras grew up on Mount Desert Island in Maine surrounded by woods, cliffs, and the sea. She works for the Maine Humanities Council, volunteers at her son’s school library, and is addicted to tea, toast, castles, legends, and most things medieval. Diane lives with her husband and son and thinks often of Scotland, where her novels take place. The Mad Wolf’s Daughter (a New York Times Editors' Choice) is her debut novel.

About your book & what inspired it: THE BATTLE OF JUNK MOUNTAIN is a coming-of-age story about a friendship in peril, a grandmother who’s a hoarder, and the danger of trying to hold on too hard to one’s past. I’ve always been fascinated with friendship-shift dynamics, and the Maine setting is based from my own summer experiences.

Classic MG picks: It’s a toss-up between Judy Blume’s BLUBBER, which shocked me, and Thomas Rockwell’s HOW TO EAT FRIED WORMS, which also shocked me but in a gross-out way.

Recent MG pick: SMALL AS AN ELEPHANT by Jennifer Richard Jacobson completely captivated me and the ending made me cry.

One thing most people don't know: I can touch my nose with my tongue.

Where to find you online: Let’s chat on Twitter: @LAGreenberg1, Instagram: @lagreenbrg, or send me a note through my website: laurenabbeygreenberg.com
Lauren Abbey Greenberg is a documentary scriptwriter/producer turned middle grade novelist. She lives in Maryland with her husband, two teens, and a Cavachon named Sally. 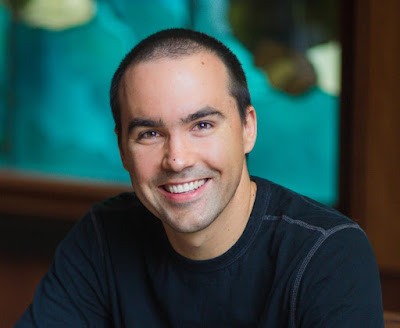 About your book & what inspired it: NADYA SKYLUNG AND THE CLOUDSHIP RESCUE is about a twelve-year-old girl and a gang of orphans with special powers who have to save the adults on their flying ship after the adults are kidnapped by pirates. One day, I was staring at the mountains in Colorado daydreaming about airships, and the image of a kid tending a hydrogen-producing garden inside the gas balloon that kept an airship afloat popped into my head. A week or so later my sister (a middle school librarian) asked me to set aside the book I was working on and do National Novel Writing Month with her creative writing club. I was hanging out on Wattpad a lot in those days, so I decided to take that kid-in-the-garden idea and write a fun, playful, action-packed adventure in bold colors with an indomitable heroine for the kids working so hard to tell stories there. A month later, I had the first draft of Nadya.

Classic MG picks: The early HARRY POTTER books top the list, followed by THE SONG OF THE LIONESS (the first book) and THE LION, THE WITCH, AND THE WARDROBE.
Recent MG picks: GOBLIN SECRETS, by William Alexander, THE PECULIAR, by Stefan Bachmann, and THE GRAVEYARD BOOK, by Neil Gaiman.
One thing most people don't know: I decided I wanted to be a writer in middle school, when one of my English teachers encouraged me to enter a nationwide short story contest whose prize was publication. My epic, swashbuckling fantasy duel-in-the-desert story was politely rejected, but a friend of mine's story about a girl who wanted to be a dancer was published. This kicked off about fifteen years of rejection before I finally figured out how to write things that both I and other people were interested in reading.
Where to find you online: My website, www.jeff-seymour.com, or on Twitter @realjeffseymour.

Jeff Seymour writes hopeful, heartfelt fantasy that blends modern characters with timeless plots and offers something new and fantastic on every page. When he's not writing, he serves as support team to a wife with an incredible career of her own, pretends he knows anything about raising children, and gathers ideas for stories everywhere he goes.

Author of THE BOY FROM TOMORROW (Amberjack Publishing May 8, 2018) 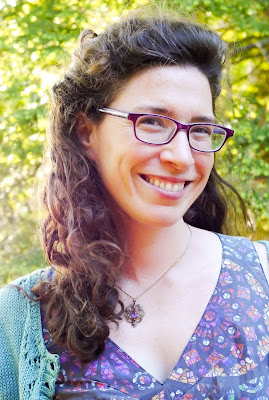 About your book & what inspired it: Two children living in the same house—Josie in 1915, Alec in 2015—meet through a handpainted spirit board and form a friendship across the century that separates them. TOM'S MIDNIGHT GARDEN by Philippa Pearce was one of the most formative books of my childhood, and I wanted to write a “timeslip” novel with that degree of emotional resonance.


Classic MG picks: MRS. FRISBY AND THE RATS OF NIMH, THE DARK IS RISING, ANNE OF THE GREEN GABLES, EMILY OF NEW MOON, JAMES AND THE GIANT PEACH


One thing most people don't know: I’m vegan because I believe we should treat all animals with kindness—not only our dogs and cats—and because I want to do my part to create a more sustainable future on this planet. And for anyone who hasn’t attended a reading of mine, I also bake delicious vegan cupcakes!


Where to find you online: I’m at www.cometparty.com, and you can connect with me on Instagram, Twitter, and Facebook—I’m @cometparty everywhere.


Camille DeAngelis is the author of several novels for adults—each of them as full of impossible things as The Boy From Tomorrow—as well as a travel guide to Ireland and a book of nonfiction called Life Without Envy: Ego Management for Creative People. Her young adult novel Bones & All won an Alex Award from the American Library Association in 2016.