Today we are excited to feature three YA debut authors:


Enter below to win all three books! 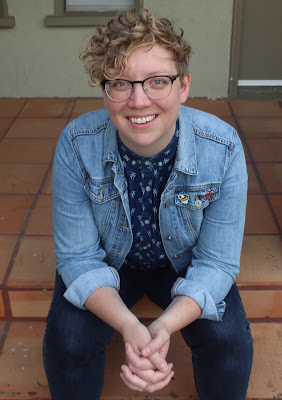 About your book & what inspired it: SHIP IT is about Claire, a teenage fan fiction writer who wins a contest to go on a Comic-Con tour with the cast and show runner of her favorite TV show and takes the opportunity to try to convince them to make her gay ship canon on the show. It's told in dual perspectives between Claire and Forest, who is the lead actor of the show who is kind of baffled why anyone would think his character is gay. The book came out of my experiences in queer fandom spaces and always longing for queer ships in film and TV that would never become canon. I had read books about fandom before, and while I loved them, none ever fully encapsulated my experiences, so I set out to write my own.

Who you'd cast in the movie: My background is in film and TV (I'm a TV writer on the show RIVERDALE on the CW) so this is exactly my kind of question! In my fantasy land where I can cast anyone regardless of availability, cost, or actor interest lol, I could see Hailee Steinfeld as Claire, Amandla Stenberg as her love interest Tess, Armie Hammer as Forest, and Oscar Isaac as his costar Rico.
Recent YA picks: There are so many wonderful YA books out there, but I'll pick one that I loved recently that, like SHIP IT, is also about fandom. It's called GRACE AND THE FEVER by Zan Romanoff, and it's this tender, funny, wonderfully realized portrait of boyband fandom and what happens when you meet your idols. Zan is a beautiful writer, and comes from fandom, so it's painfully real.
One thing most people don't know about you: When I'm stressed out, I will listen to one song over and over for a month at a time. Right now, for example, I'm writing this while listening to this cheesy-yet-perfect cover of Sign of the Times by Harry Styles done on piano with rain sounds layered under it. It's terrible yet soothing, uncool yet completely comfortable. A+ good content.
Where to find you online: I am on Twitter, Tumblr, and Instagram! I also have a website, in case you're someone who still goes to websites: brittalundin.com.
Britta is a TV writer, novelist, and comic book writer. She currently writes on the show Riverdale on the CW. She is a longtime fanfiction reader and writer, and can track her life milestones by what she was shipping at the time. Originally from the Pacific Northwest, she now lives with her wife and their lime tree in Los Angeles.

Author of THE HARPER EFFECT (Sky Pony Press, May 2018) 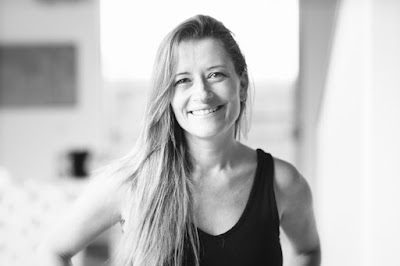 About your book & what inspired it: While THE HARPER EFFECT is set in the world of professional tennis, it is essentially a coming of age story in which a girl learns to win from a boy who has lost everything. The first draft was written when I was 14 years old at a time when my brother was playing tennis at an elite level and then went on to play and coach in the professional circuit.

Who you'd cast in the movie: Emma Watson for Harper, and Kiernan Shipka for Aria, as I think they look quite similar. I’m cheating a bit for Colt as I pick Noah Rubin (a professional tennis player), and Austin Butler for Jacob. Most of these suggestions are via my daughter, who has a much better clue about young actors and actresses.

Recent YA pick: I really enjoy the books by Jandy Nelson, particularly THE SKY IS EVERYWHERE. I think the writing style is beautifully lyrical, and the story is both clever and heart felt.

One thing most people don't know about you: While I’ve always wanted to be a writer, I once trained for the 400 m event for the Olympics. I had to choose between that and University—the two didn’t go hand in hand in my day.

Taryn is fascinated by teens that surpass the norm. This is what she likes to explore in her writing, remembering that elite teens have flaws too. Now training for triathlons, Taryn is an adrenaline junkie and during her last writer’s retreat, found herself dangling on an abseiling rope 2000m from the ground.  THE HARPER EFFECT is Taryn's debut novel. 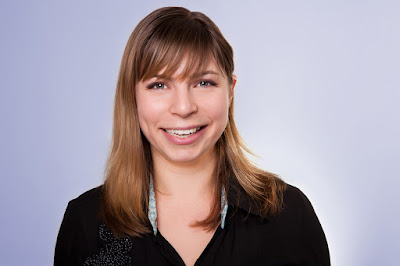 About your book & what inspired it: In WHEN THE BEAT DROPS, 17-year-old Mira goes to an underground warehouse party hoping to bond with her older sister, but ends up falling in love with dance music, DJing, and Derek, a gorgeous older promoter who thinks he can make her a star. When a devastating tragedy plunges her golden summer into darkness, she discovers just how little she knows about her new boyfriend, her old friends, and even her own sister.  I came up with the idea for this book at a warehouse party, on the dance floor!


Who you'd cast in the movie: I’d definitely want Amandla Stenberg as Mira, and Yara Shahidi as her popular older sister Britt. And as long as I’m mining Grown-ish for talent, I’d cast Francia Raisa for DJ Shay, Mira’s friend who teaches her to beatmatch. For Derek, I’d want Cody Christian from Teen Wolf. He has the perfect ice-blue eyes and I think he’d do a great job toeing the line between nice guy and douche.

Recent YA picks: For super-creepy supernatural, I loved WHEN I CAST YOUR SHADOW by Sarah Porter. For heart-wrenching romance: AFTERCARE INSTRUCTIONS by Bonnie Pipkin. And if you like music books (which I hope you do!): THE MIDNIGHTS by Sarah Nicole Smetana; SOMEDAY, SOMEWHERE by Lindsay Champion; and LOVE SONGS & OTHER LIES by Jessica Pennington. (That’s five books, sorry. I really love reading!)

One thing most people don't know about you: I spent the summer I was eighteen working in Arkansas as a cave guide!

Anna Hecker holds an MFA from The New School and spent a decade writing ad copy and chasing beats before returning to fiction, her first love. She lives in Brooklyn with her husband, son, and fluffy bundle of glamor, Cat Benatar.