Welcome to June's 4-Author Spotlight featuring debut YA authors. Be sure to enter the giveaway for all of these amazing books. 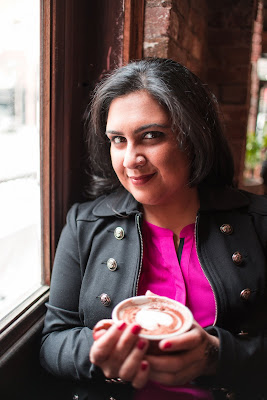 MY SO-CALLED BOLLYWOOD LIFE is about Jersey girl Winnie Mehta, and her struggle between destiny and free choice. The book was inspired by my love for Bollywood movies, and cheesy dramas.

Who you'd cast in the movie: I’ve been thinking about this a lot since I’ve sold film rights for the book (to Susan Cartsonis and Gurinder Chadha). I don’t really have an actor or actress that really resonates with me for the main characters, but I’ve always envisioned the faculty advisor as Wil Wheaton.

Recent YA pick: OMG this is such a loaded question! I’m blown away by all of the diverse debut authors with releases this year. Samira Ahmed, Arvin Ahmadi, Tanaz Bathena, and Aminah Mae Mafi are just examples of the awesomeness. I don’t think I can pick just one of them!

One thing most people don't know about you: I actually work in a Global Diversity and Inclusion division at a Fortune 15 company for my day job. I left corporate law and corporate contracts to pursue a role in diversity because I felt that passionate about it, and I wanted to pursue my passion in all areas of my life.

Where to find you online: Everywhere! *right behind you* Ha ha. j/k j/k. I'm on Twitter, Instagram and Pinterest @nishawrites and my website which holds my blog, links to fun articles and other blog posts is www.nisha-sharma.com

Nisha Sharma is the author of YA-rom-com MY SO-CALLED BOLLYWOOD LIFE. She lives in New Jersey with her cat Lizzie Bennett and her chihuahua Nancy Drew. 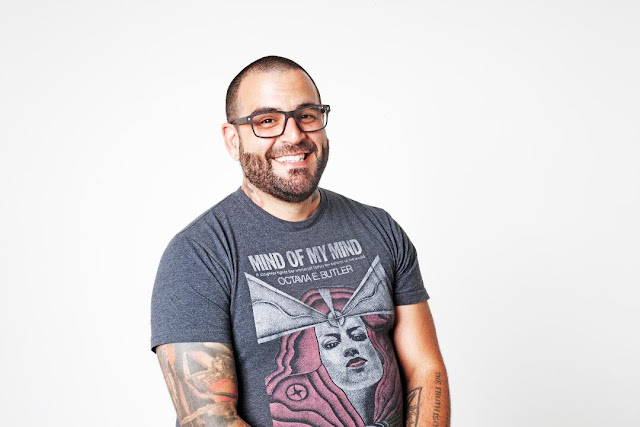 Author of ANGER IS A GIFT

About your book and what inspired it. ANGER IS A GIFT is the story of a group of queer teens who decide to stage a walkout at their high school to protest their school’s oppressive policies. It was inspired by experiences I had in high school learning how to protest and my own relationship to police brutality.

Who you'd cast in the movie:  This would be the dream! I tend not to imagine “casts” when I’m writing books, but I’d love to see: Abraham Attah as Moss, Montse Hernandez as Esperanza, Tony Revolori as Javier, Rutina Wesley as Wanda, Algee Smith as Martin, Marsai Martin as Kaisha, Janelle Monáe as Shamika.

Recent YA recommendation:  I’m a huge fan of THE ASTONISHING COLOR OF AFTER, by Emily X.R. Pan, which came out earlier this year. Lush, poetic, heartbreaking, and gorgeous. There’s nothing like it out there.

Best advice for an aspiring writer:  Never stop writing. Don’t wait around for success to start a new project, because I’ve found it rewarding that I’ve developed a work ethic that involves me writing something—nonfiction, journal entries, or fiction—nearly every day of my life. It has paid off!

One thing most people don't know about you:  I am an identical twin! We were both adopted together, too, and there are few people I’m closer to than him.

Where to find you online:  My online moniker is @markdoesstuff, which is where you can find me on all the big social media networks.
MARK OSHIRO is the Hugo-nominated writer of the online Mark Does Stuff universe (Mark Reads and Mark Watches), where he analyzes book and TV series. He was the nonfiction editor of Queers Destroy Science Fiction! and the co-editor of Speculative Fiction 2015, and is the President of the Con or Bust Board of Directors. When not writing/recording reviews or editing, Oshiro engages in social activism online and offline. ANGER IS A GIFT is his debut YA contemporary fiction novel. 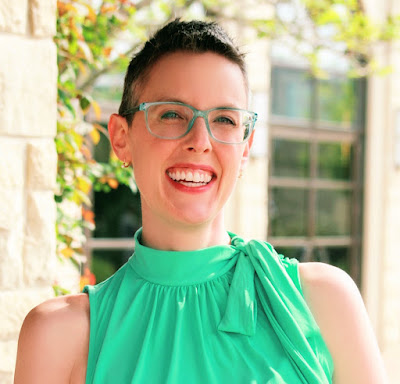 About your book & what inspired it: THE BIRD AND THE BLADE is a retelling of an eighteenth century French fairy tale based on a medieval Persian poem set in the Mongol empire, the same story that inspired Puccini's opera TURANDOT. I wrote the book because the ending of the original version makes me grumpy, so I decided to fix it.

Who you'd cast in the movie: Well, this one is a bit tough to answer because 1.) I live in a cave and have zero pop cultural knowledge, and 2.) I'm not terribly familiar with many Mongolian actors. I think the guy who plays the emperor in the Chinese television drama NIRVANA IN FIRE (which everyone needs to binge-watch on viki.com) would make a mean Chancellor Zhang, though.
Recent YA pick: Carrie Fountain's I'M NOT MISSING. It's smart, moving, funny, romantic ... and the book's hommage to R.E.M. is the icing on the cake for me. (That was my favorite band in high school.)
Once thing most people don't know about you: I won a theater scholarship endowed by Irene Ryan who was the actress who played Granny Clampett on THE BEVERLY HILLBILLIES.
Where to find you online: My website is www.meganbannen.com. I'm on Twitter, Instagram (@MeganBannen) and Facebook.

Megan Bannen is a librarian with a few too many graduate degrees. She lives in the Kansas City area with her husband, two kids. and some literary pets. 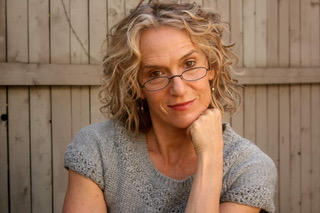 About your book & what inspired it: WAVEHOUSE is the story of painfully shy sixteen-year old Anna Dugan, a super surfer who feels most at home when taking off on a ten-foot wave. While other surfers follow trends and speak the lingo, Anna harbors a secret desire to be an artist, drawing houses made of waves. It's not the most practical dream for the daughter of a single mom living in a beach town where most kids are so surf-centric they think 'current events' have something to do with ocean tides.

Who you'd cast in the movie: I love movies that bring fresh talent to the fore, so I'd be stoked to find an unknown young actress who can actually surf to play Anna. If this mystery find can handle sizable waves, that would be awesome. But even if she can't surf the big stuff, having someone who's comfortable in the ocean, and moves naturally with a surfboard would make everything more authentic and gritty.  I'd also like to find an unknown surfer/actor to play Chris, the gorgeous, mysterious stranger who changes Anna's life forever.

I think Margo Robbie would do an awesome job playing Sara, Anna's mom.  Hope Davis, if she'd be willing to wear an old lady wig, and add some age makeup and fake wrinkles, could do a great job playing Gramma. I see Jeff Bridges as Grandpa.

Recent YA pick: I absolutely adored Lara Geringer Bass's THE GIRL WITH MORE THAN ONE HEART. I'd call it a middle grade and YA crossover. It is a gorgeously written book about death, grief, family, and friendship set in the Inwood section of Upper Manhattan.

One thing most people don't know about you: I seriously considered being a hand model, once upon a time. But my middle finger is a bit crooked, so that dream was never realized. Probably a good thin, as I can't image wearing gloves all the time or keeping my paws out of the sun. The life of a hand model is tough!

Where to find you online:  I'm a Twitter lover, so that's probably the best place (@AliceKaltman). I'm an Instagram newbie, and would love more friends/followers (@alicekaltman). I post bookish news on my personal Facebook page. And Goodreads! Yay Goodreads! Follow me or be my friend.

The daughter of a Merchant Marine and Rockaway beach babe, Alice Kaltman's life has always been ocean-centric, so when she's not on the water she writes about surfers, mermaids, and other odd balls. Alice splits her time between Brooklyn and Montauk, New York, where she swims, surfs, and writes, weather and waves permitting.