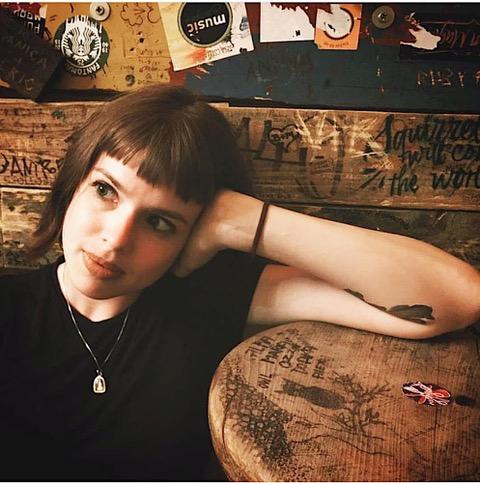 Today we are excited to feature author Victoria Lee and her debut YA novel, THE FEVER KING (Skyscape Mar. 1, 2019) on its publication date! Be sure to enter to win a copy.

I’m a psychology and neuroscience Ph.D. student who loves dogs and the kinds of hipster donuts flavored with things like basil and passionfruit. I mostly stumbled into writing for teens—I write for adults as well, but with this particular story, it was something that was very close to my heart and was the narrative I needed to read when I was young. So it felt natural to write the book for teens, as YA.

Congrats on your debut YA novel, THE FEVER KING. Tell us about it and what inspired you.

THE FEVER KING takes place in a speculative North Carolina, in a world where magic’s a lethal virus and the rare survivors are infected with the ability to use magic. The main character is antifascist activist kid Noam who’s always fought against the anti-immigrant government (his parents are undocumented immigrants from Atlantia, a neighboring country that’s dealing with a lot of magic outbreaks).

But when he gets infected with magic, he’s recruited by the Minister of Defense to join a government-funded magical training program. He decides he’ll let the Minister teach him the science behind his magic…but secretly plans to use it against the government and bring them down from the inside. It’s complicated by the fact that he doesn’t know who to trust—the father figure from his old life has turned against him now that he’s part of the government, he suspects the Minister of Defense has his own agenda, and he’s falling in love with the Minister’s cruel and powerful son.

In terms of inspiration: I wanted to write about the intersection of intergenerational and personal trauma—about what it means to face our trauma, and the way the world can demand that we “have” to confront our abusers in order for trauma to be viewed as legitimate. I also wanted to write about the experience of feeling like an outsider in your own country. For me, I wrote this through the lens of being Jewish American (for Noam: Atlantian-Carolinian), but so many different groups have experienced this historically and today in different ways.

It was both, in different ways. I wrote 22 books before I wrote the book that would later become THE FEVER KING. I never really planned to publish a book before that, either—I mostly wrote as a hobby. But at some point that changed, and I realized part of what had been holding me back was perfectionism and a persistent belief that none of my books were good enough to be read widely. So I told myself that the next book I wrote, I’d edit it until it was in shape for publication. This ended up meaning ultimately applying for Pitch Wars (a mentoring contest that has an agent showcase round at the end) and querying my book. I signed with my agents, and a couple months later I had a book deal in hand!

So in a way you could say it was slow…until it wasn’t. It took me so long to gather the courage and self-confidence to put my book out there and try to publish. But once I did, I was lucky that it went relatively quickly.

I’m working on a couple projects right now, actually! I’ve sent some pages of a couple different books to my agents. One is an adult dark fantasy, and the other is a YA literary fiction thriller. I’d also love to write more in the universe of the The Fever King—maybe a spin-off series featuring Ames?

My favorite classic YA book is probably the Chronicles of Chrestomanci series by Diana Wynne Jones. I looooved those books! Especially the ones about Christopher Chant.

Recently, I’ve enjoyed GIRLS OF PAPER AND FIRE by Natasha Ngan and THIS MORTAL COIL by Emily Suvada, among others!

Writing is rewriting! I want to write that on my forehead or put it in my twitter bio or something so it’s the first thing people see when they ask for writing advice. I feel like it’s so tempting to see your first draft as a final draft. But I don’t know anyone who wrote a perfect first draft. Everyone had to revise, with critique partners and agents and editors…often pretty heavily. And in some ways that’s comforting. Because you don’t feel the same pressure to write a perfect book right off the bat. You have permission to experiment and mess up and reassure yourself that you’ll fix it later.

One time I got really lost driving in my own hometown—just highway hypnosis really, lost track of time—and next thing I knew I was in a different state two hours away. Yikes.

I’m on twitter, insta, and tumblr all @sosaidvictoria. I also have a website and blog at victorialeewrites.com!
a Rafflecopter giveaway
Labels: Author Spotlight Victoria Lee