We are excited to feature author-illustrator Remy Lai's debut middle grade graphic novel, PIE IN THE SKY (Henry Holt & Co. May 2019). Enter to win a copy! (U.S. only) 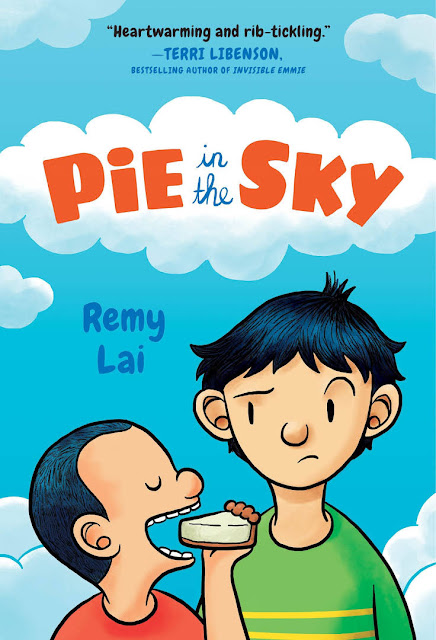 Tell us about yourself and how you came to write and illustrate for kids.

It wasn't a deliberate decision on my part I started drawing and writing when I was a kid, and I guess I never grew out of it. As an adult,, I discovered that I really do love writing and drawing for kids, and I decided to stay.

Congrats on your MG graphic novel PIE IN THE SKY. Tell us about it and what inspired you?

PIE IN THE SKY is about eleven-year-old Jingwen who moves to a new country and feels like he’s landed on Mars. School is torture, making friends is impossible since he doesn’t speak English, and he's often stuck looking after his (extremely irritating) little brother, Yanghao.

To distract himself from the loneliness, Jingwen daydreams about making all the cakes on the menu of Pie in the Sky, the bakery his father had planned to open before he unexpectedly passed away. The only problem is his mother has laid down one major rule: the brothers are not to use the oven while she's at work. As Jingwen and Yanghao bake elaborate cakes, they'll have to cook up elaborate excuses to keep the cake making a secret from Mama.

For a long time, I had an image in my mind of two boys secretly baking. I didn't know why they were baking or why secretly. It was only after I realised that they couldn't speak English that the story that would become PIE IN THE SKY clicked into place. From there, I borrowed things from my own childhood, about how I migrated when I was a kid and had to learn English.

The colorist for PIE IN THE SKY is MJ Robinson and the book designer is Carol Ly.

Your novel is described as a graphic novel/prose hybrid. What does that mean? What was your creative process...words or images first?

My natural "voice" is a combination of words and images—that's how I think. In early drafts, I write pretty much intuitively, and I lay down prose and images without analyzing my decision too much. It's only later, during revision, especially with my relentless editor at Holt, that I realise the reasons for picking prose vs images—for pacing, how some things are conveyed more effectively in prose or images, and simply how fun would that be to draw!

I'd say it's long and winding. I've been writing with the goal of being published for many years. I have a very high pile of rejected manuscripts. The good news is: I still do love some of those rejected manuscripts, and I hope to come back to those manuscripts and revise the heck out of them.

I'm working on my second middle-grade novel, also a prose/graphic novel hybrid, titled FLY ON THE WALL. It's about a twelve-year-old boy who takes an international flight on his own, without his overprotective family's knowledge, to prove that he's not a baby anymore.

What advice would you give your younger self? Is that the same advice you'd give to aspiring graphic novelists?

Try to take a break sometimes. Try not to neglect other aspects of your life outside of writing and drawing. 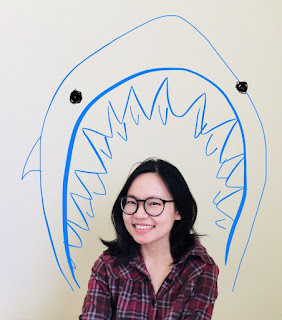 Remy Lai writes and draws stories for kids. She lives in Brisbane, Australia, where she can often be found exploring the woods near her home with her two dogs.