Today we are excited to feature illustrator Nat Iwata, and his recent picture book, SUMO JOE, by Mia Wenjen (Lee & Low Books, June 2019). Be sure to enter to win a copy! 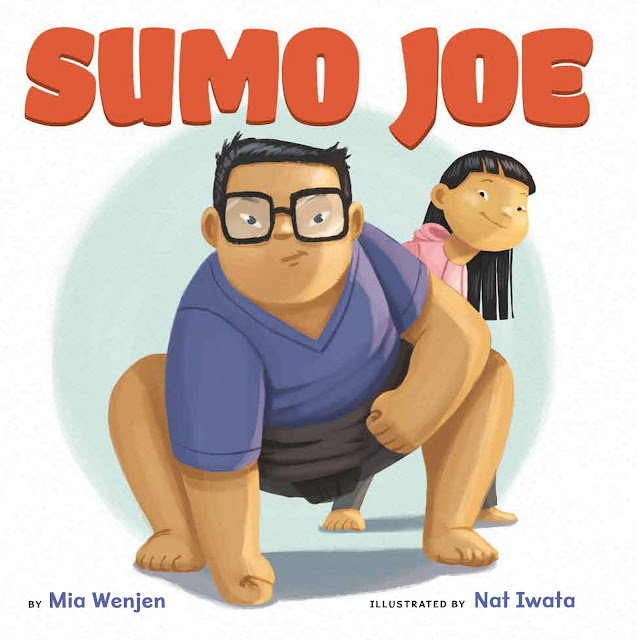 Congrats on your recent picture book, SUMO JOE, by Mia Wenjen (Lee & Low Books). Tell us about the story and how you researched and approached the illustrations for it.

SUMO JOE is a story is about a boy who practices sumo with his two friends, and his little sister who practices aikido and is initially excluded from the sumo ring, which follows the traditional “no girls allowed” rules of the sport. Her brother ends up inviting her in, and it’s an aikido vs sumo showdown!

SUMO JOE was a really interesting book to illustrate. Being half Japanese, I was aware of sumo wrestling but had never really understood it, or looked at it in depth. For this project, I had to do a lot of research on the moves described in the story, so I ended up watching a lot of matches on YouTube, pausing things, sketching, making sure I understood the body mechanics of what was happening.

All of the illustrations for SUMO JOE were done digitally. I used Procreate on a 12” iPad Pro for most of the sketches, which gave me the freedom to work from anywhere, then I did the final illustrations in Photoshop on a 22HD Wacom Cintiq.

When I start an illustration I take a lot of things into account. Initially I will thumbnail out the entire book into a dummy, which will tell me which pages are full-bleed, spots or vignette. I’ll do a very rough sketch in blue (a hold over from working with non photo blue pencils), before doing a more refined sketch over top. For rendering, I create a library of color swatches in Photoshop to maintain color consistency throughout. I block in colors and basic lighting to define volumes, then finish with an overall lighting pass.

You live in the Netherlands. Does that affect your illustration process/ work in any way?

Living in The Netherlands has been an adventure and an adjustment. In some ways, it’s business as usual, but some things have required some real lifestyle changes, like owning a bicycle instead of a car! Although I do get to do some great thinking while cycling, plus it’s been great for my overall health.

The biggest affect on my work have been dealing with time zones. We are 9 hours ahead of the west coast (where my agent lives) so phone calls with her, or publishers, are confined to a pretty small window of time when we’re all awake. I can definitely feel a bit cut off from the rest of the American publishing world, and I’m unable to do things like school visits or book readings.

I’m currently doing some last minute revisions on a Christmas themed book that will be out this year. I’m also working on a couple of graphic novels for young readers. It has been really fun to work on something with a longer format, and I’m learning a lot through the process about storytelling, characters and sequential art.

What are the one or two best things you did for your illustration career, and is this advice you would give to others?

I think making the decision to really commit to becoming a book illustrator was the first step. When I did this I had to take on a mindset that has served me well over the last couple of years. I realized it was going to be a very long process and that each step I took forward, no matter how small, put me closer to my goals. I distinctly remember walking through my first SCBWI conference and thinking, “someday I’m going to be talking about a book I’ve illustrated. Maybe not this year, or next, but it will happen if I persist and build.”

That was the second thing I did, I joined SCBWI and entered the juried art contest. This gave me immediate skin in the game. I paid the fee, people were going to be viewing my work, people already in the industry, so I had to research how to put a portfolio together and make sure it showcased my best work. I looked at the previous years winners and compared myself to them. I saw it as a great way to jumpstart things.

I got second place, but one of the judges was Martha Rago from Random House and she came up to me afterwards and asked me to submit some more illustrations for one of her book projects. That was a huge motivation, and even though I didn’t end up getting the job, it was validating on many levels. I ended up creating a book dummy, based off doodles I did at that conference, which I eventually submitted to Andrea Brown Lit, and lead to an offer of representation by my current agent Jennifer March Soloway. That all snowballed from the decision to join and participate in SCBWI.

My wife Erin is a wonderful writer and poet and, in fact, most of my family are artists in some way. My 3 sons are very musical and artistic, I have an identical twin brother and older sister who are both artists, and my other sister is a musician! 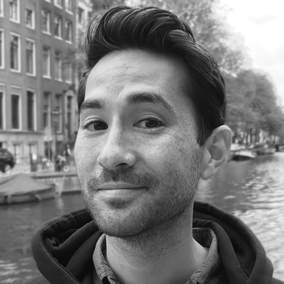 Nat Iwata has worked as an art director, artist, illustrator, professor and animator on everything from video games to children's books. He lives just west of Amsterdam in the beautiful Dutch city of Haarlem with his wife and 3 boys, all of whom serve as an endless source of encouragement and inspiration. Nat runs on coffee, very little sleep, and an unshakable desire to create something new.