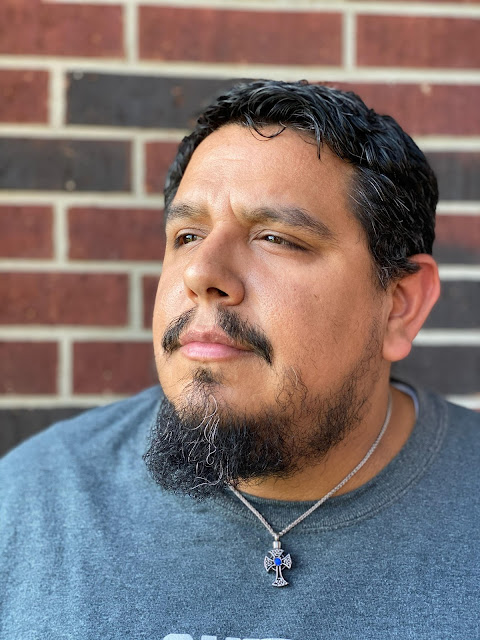 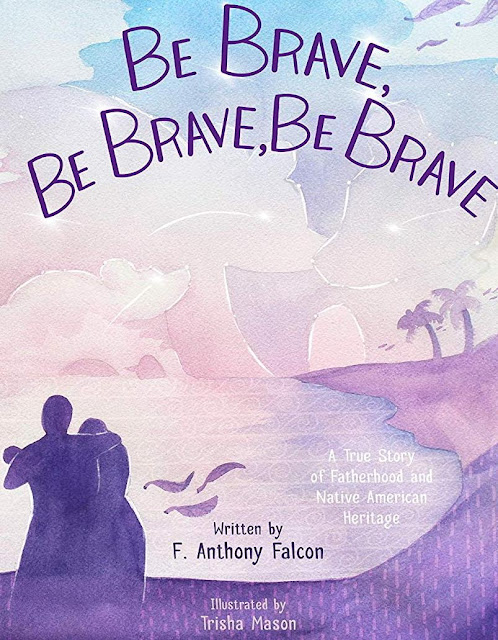 Tell us about your background and how you came to write for children.
I grew up in Corpus Christi, Texas, which is on the Gulf of Mexico in South Texas. Growing up, I found my escape in the books I would check out from school and the public library. My mother encouraged reading at home and really cultivated my imagination by showing me amazing science fiction movies like Star Wars and The Last Starfighter. In college, I was a history major and have always enjoyed military history in particular. My mind would often combine my love of science fiction and history together making some very interesting stories in my head. I discovered I loved using my new found storytelling power and began writing some of these stories down on paper. Interestingly enough, I never entertained the idea of writing picture books. My stories were about space, battles, knights and galactic conquests. Fortunately, fate would lead me to writing a children’s book by placing the happiest moment in my life in the middle of a natural disaster and a very emotional few days.
Congrats on your debut picture book, BE BRAVE, BE BRAVE, BE BRAVE. Tell us about the story and what inspired you.
BE BRAVE, BE BRAVE, BE BRAVE follows the events of my son, Lakota’s, birth the day before the landfall of Hurricane Harvey, his evacuation out of the path of destruction and the hopes a father has for his child. My wife, Victoria, also endured serious complications and it was an extremely stressful time for my family. When we returned home, I was inspired to impart my words of wisdom to Lakota and let him know life will require him to “Be Brave” as he grows. 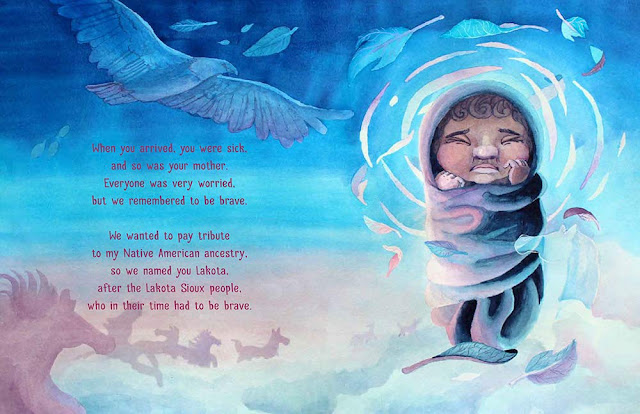 Knowing I have Native American ancestry in my background and passing that part of my heritage to him, was also a huge factor in writing a book. Currently, I am trying to reconnect with my Native American roots and have no tribal membership or affiliation. Originally, the book was very different from what you see now. Set in the past, it was an adventure story with morals and values learned through the reading. The story was to be a gift from me to Lakota and was never intended to be published. 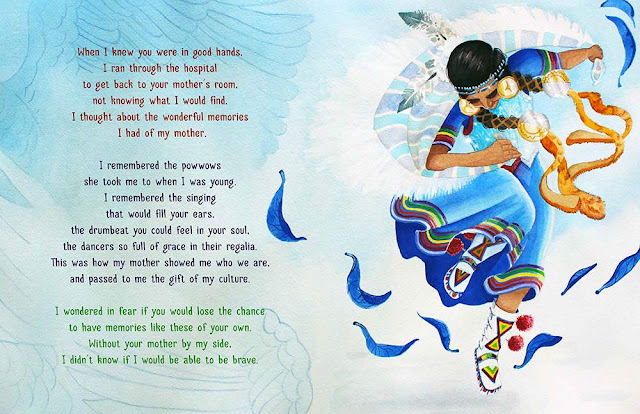 Fate, there it is again, had other plans and an interesting series of events would unfold and lead to a publishing contract with POW! Kids' Books. Looking back, I am very happy with the way everything has transpired. BE BRAVE, BE BRAVE, BE BRAVE shares our story and is meant to inspire everyone who reads it to “Be Brave” when overcoming adversity, to be proud of who you are and stand up for what you believe in. There is much more in this little book but I will leave the rest for you.

Was your road to publication long and winding, short and sweet, or something in between?
What a great question!! For me it was both long and winding AND short and sweet. My writing venture began when I started to write a science fiction novel in 2006 on a whim. Tinkering with it on and off for a few years, I became serious about finishing it in 2012 and did so after two and a half months of obsessive writing. I was very hopeful and submitted it to Harper Voyager during an open submission period. After months of waiting the manuscript was eventually rejected. Words of encouragement from an author I admire helped me to get past the disappointment, however I stopped writing and moved on.
The eventful birth of my son Lakota spurred new inspiration in me to write again. It was different this time though, as my aspirations to get his story published were not even a thought in my mind. A friend of mine, who happens to be a Doctor of Education, asked to read the original adventure story and thought it was great. She told me I should seek publication of the story I wrote for Lakota and at first, I was hesitant to move forward with querying.
Eventually, I submitted it to POW! Kids' Books and Jordan, their amazing editor, saw a great story. Things progressed very quickly after my submission and a little over a year later, BE BRAVE, BE BRAVE, BE BRAVE was on shelves. I loved every part of the process and POW! is just an amazing publisher! From editing to hiring Trisha Mason, the amazing illustrator for Be Brave, I truly felt we were working together and my input was valued during every step of the publishing process. I never thought when I began writing my sci fi novel all of those your ago, I would eventually find success as a children's book writer.

What projects are you working on now?
I have returned to my science fiction roots as well as exploring my historical knowledge with fictional elements and fantasy. However, now that I have realized I can write picture books, I am also working on many picture books. I have a bully story with a Native American child as the main character finished, an adoption story from my families past done as well. Wanting to celebrate the Hispanic part of my heritage has me working on a story about my grandmother's cooking which, unfortunately I cannot share too many details about.
On the novel side I am working on a historical fiction novel set during the Crusades and a very bold heroic Native American adventure story. The Native American manuscript, which I envision as a graphic novel, involves teamwork and a cast of characters from different tribes set in the world today. Needless to say, these projects are keeping me extremely busy.

What advice would you give to aspiring authors?
If you feel you have a story you would like to tell, just start writing. Don’t worry about outlines, structure or editing. Just put ink to paper and let your story out. If you’re struggling to find a publisher, do not give up or despair. The “yes” could be your next submission! I truly believe it is more about putting your manuscript in front of the right editor than any other factor.
You have to keep trying and cannot give up. My “yes” came in a most unexpected way and in a genre I never thought about writing in. There are more resources and opportunity than ever in traditional publishing. Then you have the wonderful opportunity to self-publish if you feel traditional publishing is not for you. As writers we know the best part of the story is the journey. It is not so much about where you are as it is about how you get there. Good luck!!

What is something most people don't know about you?
When I was a child my family and I lived at or right above the poverty line. I actually never realized how impoverished we lived until recently when I was speaking with someone about growing up. We lived in government housing, when I was in Elementary School, received food stamps and sometimes received food from charity. I remember we used to wait in the park, which was in the housing projects where we lived, for a box of food given out of a trailer. Even when we moved out of government housing, we lived in poor neighborhoods where gangs and drugs was everywhere. My mother tried her best to give us a good life and worked twelve-hour shifts at the hospital but she was a single mother raising four children alone and life was hard. We had no air conditioner, our floors and walls had holes in them and we wore the same clothes for years. I did not realize how poor we were because that is the only life I knew as a child. Now that my family no longer lives that way, I cannot imagine living like that again.
This part of my life was not something I normally share with people as I see it as the just the way we grew up. Life was hard, as it is for many people in these types of neighborhoods and projects. I was determined to become better than what was offered where I grew up. Through hard work and sacrifice, I was able to make a good life for myself, my wife and son. I have spoken to a few nonprofits to make myself available to them and speak of my struggles to children who are in the exact living situation I grew up in. Giving back is a big part of what I want to do with my success and especially helping every child I can realize their potential to change the world.
Where can people find you online?
I can be found and reached at the following:
Facebook – F. Anthony Falcon
Instagram – bebravefalcon
Twitter - @F_AnthonyFalcon
Gmail – f.anthonyfalcon (at) gmail (dot) com
Website – work in progress

F. Anthony Falcon grew up reading books and imagining the worlds he could create in his mind. Studying history since elementary school stirred him to research his Native American heritage hoping to pass his families story to his son Lakota. Science fiction and historical fiction are what he loves to write but discovered he has a gift for writing children’s books. His dream of becoming a published author was fulfilled with the publication of his debut picture book Be Brave, Be Brave, Be Brave in May of 2019. Excited about what the future holds, he continues to write stories he hopes will inspire and cultivate the imaginations of children all over the world. F. Anthony Falcon resides in Corpus Christi, Texas with his wife Victoria and son Lakota.