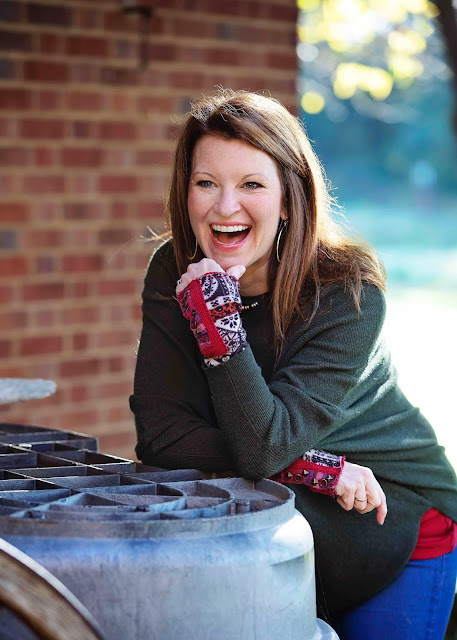 
Today we are pleased to feature author Shannon Stocker and her picture book, CAN U SAVE THE DAY, illustrated by Tom Disbury (Sleeping Bear Press (August 15, 2019).

Enter to win a copy below! 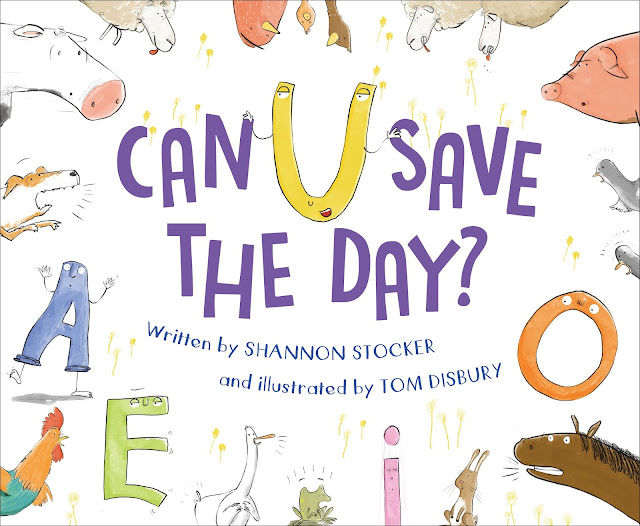 Hi! Oh, where to begin with this question? First and foremost, I’m a mom of two amazing children, Maria “Cassidy” (11yo) and Tye (9yo), and married to my best friend, Greg. We live in beautiful Louisville, Kentucky, where my husband grew up (so we have lots of family around). We have far too many pets, including a dog, two cats, a bunny, a bird, and too many fish tanks.

The story behind how I came to write for children is complicated, so I’ll try to be succinct! I’ve always been a writer of some kind—poetry, lyrics, songs, speeches, stories. Songwriting was my primary creative outlet when I was in my twenties and in medical school. When I became sick, my husband and I moved to Nashville so I could focus on songwriting for a few years. Eventually though, I could no longer hold a guitar comfortably due to tumors in my arm, and we had to make my health our top priority. After seven years of illness, I left the country to undergo an experimental treatment that gave me back my life, and seven months later I gave birth to Cassidy.

I worked in a health-related industry for several years but couldn’t ever shake my desire to do something creative. With two toddlers in the house, I also couldn’t help but fall in love with picture books! Since both Greg and I traveled for our jobs, by the time the children became school-aged we knew something had to give. I was the one with the dream, so I quit to stay home with the kids and really give my passions a chance. I created a website, wrote a horrible first draft (and then several more), joined SCBWI, found some critique partners, participated in 12x12, took online classes…in other words, did all the things I could think to do in order to give myself the best chance at succeeding. I guess that wasn’t very succinct, was it? ;-)

Congrats on your debut picture book, CAN 'U' SAVE THE DAY. Tell us about it and what inspired you.

Honestly, I just love words and letters. I’m not a horribly competitive game-player until someone cracks out Boggle. Quirky alphabet books have also always fascinated me (love me some CHICKA CHICKA BOOM BOOM). Along with words and letters, meter and musicality of language are my playground. I guess it should come as no surprise, then, that the idea for this book introduced itself to me as I fell asleep one night. After enough nagging, I dragged myself out of bed and started writing. And I’m so glad I did!

Hmmmm…something in between, I’d have to say. I know loads of people who have been working to get a book published for many years, so I think I was lucky to sell the second manuscript I’d ever written. An early version of CAN U SAVE THE DAY called THE DAY ‘A’ RAN AWAY garnered some interest from one house in mid-2015, but it got cut in editorial meetings. Feedback from that editor fueled me forward until I eventually met the wonderful Sarah Rockett at Sleeping Bear Press. The book sold to Sleeping Bear in mid-2017, so it took a little over two years to hit the shelves from that point. I guess that means it took about four years from the time I wrote the book to the time it was published. Some would say that’s long and winding, but I suppose I’m just grateful it got there.

I’m actually trying to complete my memoir by the end of this year! I also have a middle-grade outline for which I’m currently doing character work, and I’m a regular contributor to Chicken Soup for the Soul. In the picture book world, though, my nonfiction picture book biography, LISTEN: HOW ONE DEAF GIRL CHANGED PERCUSSION (Dial/Random House) will be coming out in spring, 2022! Of course I’m always working on new manuscripts, too. My fabulous agent Allison Remcheck has a few other stories out on submission right now, so cross your fingers for me.

What were the one or two best things you did for you career? Is this advice you'd give to other aspiring authors?

Oh wow…two best things I did for my career would probably be:

I queried smaller to mid-sized publishing houses while simultaneously querying agents. I think it’s really important, and often easier, to secure a book contract with a smaller house than it is to get agent representation. Once I had books in Acquisitions, I was able to query my top agents/agencies with eye-catching information. I know so many people who put all their time and energy into querying agents. I obviously believe that agents are important, but I think that it’s critical to set yourself apart from the billion other queries sitting in their inboxes. The best way to do that is to get out there, meet editors, pitch your stories, and garner interest (easier said, right??).

I found my perfect critique partners. I say “my” perfect critique partners, because I’ve found people with whom I sync. Their writing isn’t perfect, my writing isn’t perfect, but we have a mutual fondness and respect for one another. I “get” their writing and they “get” mine, and because I honor and respect their talent, I take their critiques seriously. We’re more than critique partners by this point, of course—we’re friends now. But as with all relationships, friendships take time to build. When people ask me for one piece of advice that I’d offer newer writers, it is always the same: find your people. Don’t try to go through this rejection-laden journey alone. It’s often painful and lonely, and you need people who can empathize. People don’t need to have the same strengths as you, but you must respect what they do (and vice-versa) for a partnership to work. I think strong partners who have different strengths have helped me to grow as a writer, too. And I hope they feel the same way about me!

LOL – well, given that I’m writing my memoir I am, quite literally, an open book. I’d say most people probably don’t know that I have six tattoos but used to have seven. I had the Chinese symbol for “musician” tattooed on the back of my neck and my husband about had a heart attack when I came home (though he knew I was going to get it he claims it was much larger than he expected). Well, the damage was done…I knew he hated it, so I could never fully embrace it. So, for our ten-year anniversary, I began having it removed. It took about two years and is something I definitely do not recommend. OUCH. One other cool fact is that I once opened for Blake Shelton with an original song and a cover of Broken Wing (Martina McBride). That was much more fun than the tattoo removal.

Thanks for asking this! You can find my website at www.shannonstocker.com. My blog, #InHERview, is also on my website; I discuss three pivotal life moments with female authors. It’s meant to be heartwarming, raw, and relatable. You can also find my music video for CAN U SAVE THE DAY on YouTube at https://www.youtube.com/watch?v=_7GRAOkVnIY. My other social media links are:


Shannon Stocker is an award-winning author and proud word nerd who lives in Louisville, KY, with her husband, Greg, and their children, Cassidy and Tye. Her debut picture book, CAN U SAVE THE DAY (Sleeping Bear Press), released on August 15, 2019. Her next picture book, LISTEN: HOW ONE DEAF GIRL CHANGED PERCUSSION, comes out with Dial (Penguin/Random House) in 2022, and several of her nonfiction essays have been published in Chicken Soup for the Soul. Shannon currently serves as SCBWI social co-director for Louisville, a judge for Rate Your Story, and she created the blog series, Pivotal Moments: inHERview, highlighting transitional life stories of female picture book authors. Cool facts: Currently writing her memoir, Shannon is a medical school graduate, a coma survivor, an RSD/CRPS patient and advocate, and a singer/songwriter who once performed two songs, including one original, as part of an opening act for Blake Shelton. To subscribe to her blog, visit her website, http://www.shannonstocker.com/blog/. She can also be found tweeting positive quotes and mantras @iwriteforkidz. Shannon is represented by Allison Remcheck of Stimola Literary Studio.