We are excited to feature author-illustrator Ken Lamug and his recent picture book, GHASTLY GHOSTS, by Teresa Bateman (Albert Whitman, 2019). Enter to win a copy of two of his books, GHASTLY GHOSTS and PETRO AND THE FLEA KING (Createspace 2018). 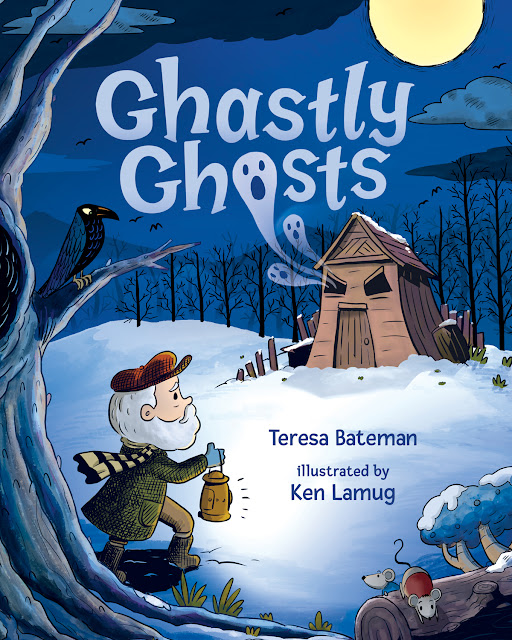 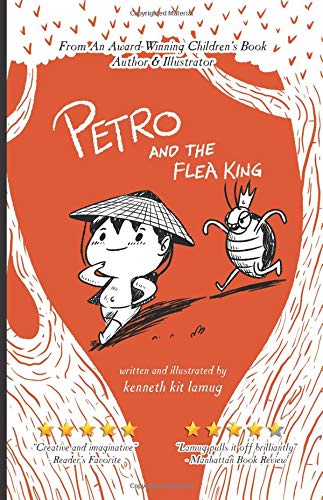 It was sometime in 2010 when I got the bug to write and illustrate picture books. I drew and wrote a little bit when I was younger, but I never thought that it could be something serious. I was often scolded for having my head stuck in the clouds and being too imaginative.


As I got older, I got into computers, filmmaking and photography. I guess you could say that the urge to create crept back in. Whatever it was I was doing, I was always telling a story.

When we had our third child, I couldn’t do photography or filmmaking anymore (on top of my day job) because that usually meant I would be away from home. So, writing and illustrating was the answer - my outlet for creativity. Like most everything I pursue, it starts as something fun until it becomes a more serious endeavor.


I joined SCBWI the following year and attended my first local conference. Connecting with the KidLit community opened my eyes and helped me tremendously. I’m very thankful to be surrounded by so many talented people. A few years later, I became the illustrator coordinator for SCBWI Nevada.

Congrats on recent picture book, GHASTLY GHOSTS. Tell us about this story and how you approached the illustrations.

Thanks! Ghastly Ghosts is a story about Old Dave who inherits a house that’s haunted by ghosts. A big portion of the book is the tension that builds as Dave explores the creaky house. In every page there is a certain uneasiness that builds, but nothing is confirmed until the big reveal. I’m glad to announce that there is a happy ending and Old Dave is enjoying time with his new friends.


My earlier art was focused on macabre style illustrations, with inked lines and cross hatching like Edward Gorey or Tim Burton. So, I’ve had a little bit of experience illustrating in this genre and knew how to make scary scene.

As I worked with the art director, we were looking to recreate this style for Ghastly Ghosts. But I was also aware that the result might be a little too spooky. So, finding the right balance between spooky and child-friendly was the challenge. I had to use textures sparingly and rather than dark outlines, I colorized them to soften the scene. Since most of the story happens in a snowy night, we wanted a palette that looked vivid and bright.

Some of the fun things that I was able to do in the book was add creatures as part of the story… and I’m also glad that the publishers allowed me to put clothes on the mice! So even though Dave is all alone, he’s still surrounded by curious, friendly animals that share his journey.

I try my best to work closely with the art director and the publisher to create the best possible finished product. For Ghastly Ghosts, this is how the illustration process went:

Character design – This is where I draw different possible styles of the character. Based on this, I get a feel for the type of world and illustration style that the art director is looking for.

Cover design – The cover design often comes last, but in this case, we jumped to the cover design after figuring out the look for Old Dave. This helped identify the color palette for the rest of the book.


Interior design - Each scene is then thumbnailed, sketched out and approved before they are inked and colored. And since I was working digitally, it made the revisions faster.

I also made several videos showing the behind the scenes details for each step. I encourage the readers to watch them when they get a chance at my YouTube channel.

You also write and illustrate graphic novels. How is that process different from illustrating picture books? Are any of the skills transferable?

After I self-published my very first PB, I started illustrating comics. At that time, I wasn’t sure If I would ever get traditionally published. But I was hungry and wanted to get better. So comic books allowed me to do work on projects and create books while I was honing on my PB craft. Keep in mind that during this time, comics/GN were not that popular in the traditional publishing space.

When it comes down to it, comic books/graphic novels are very similar to PBs in that they are illustrated from beginning to end. While PBs use pages, spreads & spot arts, comic books use panels & text clouds to tell the story.


Comics can be as cartoony or as sophisticated as the artist wants them to be.  I think one of the main distinctions between a comic and a PB is that they cater to different audiences. While PBs tend to target younger readers, GNs are often geared for middle-grades or older.

Because of the length of graphic novels, they take a long time to write and illustrate. Just like my kid’s taekwondo master would say, “working on graphic novel is a fantastic way to test one’s discipline, skill and indomitable spirit!”

I am excited that big publishers have embraced GNs and can’t wait to see what’s coming out in the future.

My path to publication seemed more like an aimless stumbling from project to project rather than a clear thought out plan. Whatever I work on, it must be something that I truly enjoy. And being a Sagittarius, I just end up doing different things that might not necessarily be focused on a career goal in sight. That’s why I’ve worked on so many different things (comics, film, art contests, parody books etc.) The positive side is that I don’t put a lot of pressure on myself and I never get burned out.

My first picture book was self-published (A Box Story, 2011) and it won several awards. After that, I worked on a steam-punk comic book series and comic anthologies.

I was heavily influenced by spooky themes which I thought at the time were children’s books (but not really). I realized later that once you get type casted in a certain style that the industry will hire you to do those types of projects. And it’s probably another reason how I ended up working on GHASTLY GHOSTS.

Refocusing my work to picture books, I soon redesigned my portfolio to showcase my ability to do kid friendly art.

In the middle of all of this, I also ran a Kickstarter for my puzzle, graphic novel and had to switch agents three times. That’s a story for another time, but it surely made things interesting.

And even with all that excitement, I’m still in search of my first author/illustrator PB debut. So maybe one day, it will happen!

I just finished the art for the picture book THE WHOLE STORY, written by Vivian McInerny, and is slated to be released late 2020 via Versify/HMH. It’s a fun imagination-filled book about a girl who discovers a hole in her pocket, and it transforms her world into something magical.

I am also working on my very first author/illustrator middle-grade graphic novel titled MISCHIEF AND MAYHEM, which is slated for 2021. This story started out as a PB and grew into a 240-page full-color graphic novel filled with action, comedy and lots of heart. I can’t wait to share that one with the world. I think readers will have a blast.

What are the one or two best things you did for your career? Is this advice you'd give to aspiring author-illustrators or graphic novelists?

I’m still a work-in-progress so here’s what I’ve learned so far. I know it’s not two things but they’re short enough.

Have a good work-ethic, always under promise and over deliver.

Learn to say NO. No to projects not worth your time. No to drama & negativity. No to bad things.

Be curious, keep learning and put your work out into the world. These little seeds that you plant will eventually grow into trees and will come back bearing fruits.

And you know what they say, “the best time to plant a tree was yesterday; and the next best time is today.”

According to my grandma, I tried smoking as a toddler. I didn’t like it very much. (See picture) 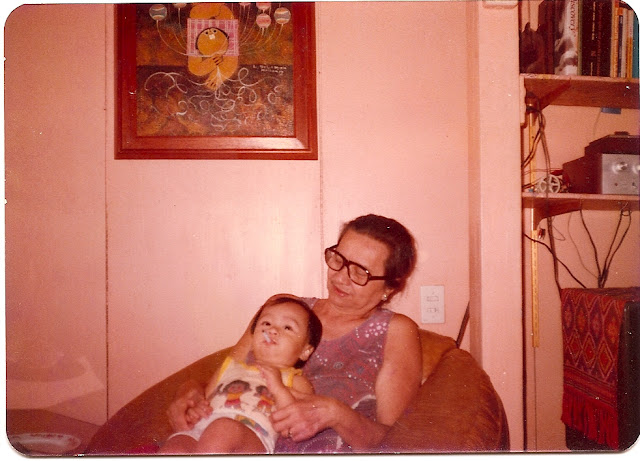 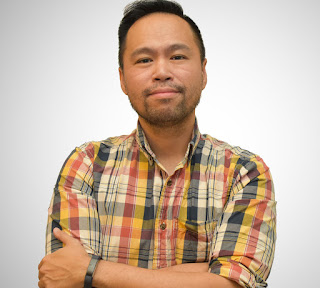 KEN LAMUG is an author/illustrator who has created award-winning picturebooks and graphic novels for all ages. He is a professional dabbler and has triedeverything from beekeeping, film-making, 3D printing, photography, coding, andrace car driving. He loves using his imagination, collecting stuff, and discovering new things. He believes we should always be curious about our world and use what we learn for good. Ken
was born in the tropical country of the Philippines and currently resides in the desert of Las Vegas, Nevada.