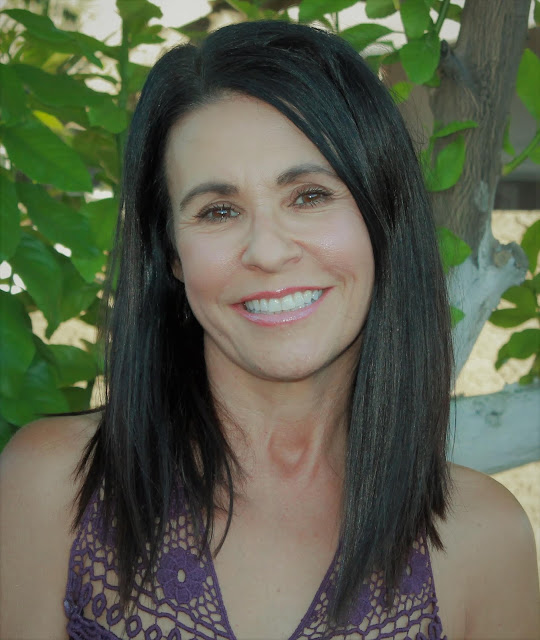 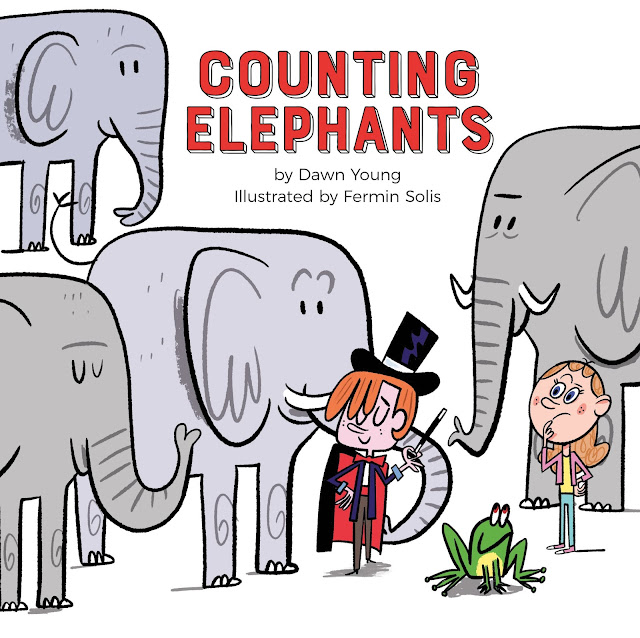 For years I worked as an engineer and then manager at a large aerospace company. The hours were long and the workload was demanding, so with three little ones at home at the time, I decided to leave the corporate world temporarily (or so I thought) to raise my children. My kids and I visited the library all the time, and after reading them story after story after story, I became obsessed with children’s books. Some of my best memories include reading to my kids while they were plopped in my lap, all giggling at silly, clever picture books. I couldn’t read enough of them. I even got my teeny tiny toddlers their own library cards in order to exceed the individual check-out limit. Soon, my creative side combined with my picture book  obsession compelled me to pursue a career in writing.

Congrats on your upcoming book, COUNTING ELEPHANTS. Tell us about it and what inspired you. 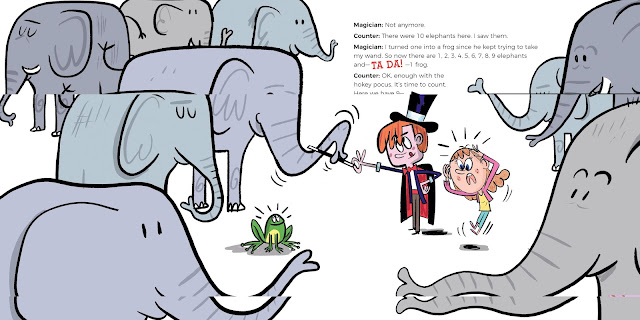 As an engineer I wanted to find ways to incorporate STEM into my writing, and my love of math inspired COUNTING ELEPHANTS. In 2013, while participating in PiBoIdMo (now Storystorm), I jotted down an idea for a battle book involving math, called Addition versus Subtraction. But it wasn’t until years later that the story finally came to me. While thinking about ways to convey the essence of addition and subtraction, I imagined an addition character, counting items, while a subtraction character made them disappear. Of course, having things disappear led me to magic and, Viola, that’s when the magician became the nemesis to my counter. The elephants were in my head begging to be counted. I wanted chaos and miscommunication and most of all, tons of fun! 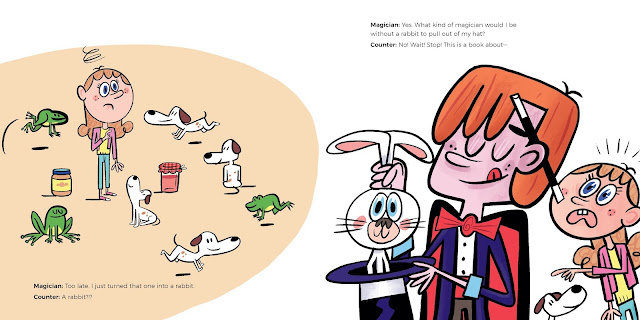 My road to publication was long and winding for sure, with its share of dips, detours and (seemingly) dead ends. I started writing in 2007, but at the time my kids were small and they kept me very busy, and then I became very involved at their school, so I’d say early on I was more of a part-time writer. Around 2010, I got really serious about writing and began attending conferences and writing retreats, taking classes, joining critique groups and writing ALL the time.

Strictly a rhymer at first, I thought it would be best to branch out and be more diverse with my style, so I started writing in prose as well. Finally, in 2018, after years of reflection, revision and rejection, I sold my first picture book, COUNTING ELEPHANTS to Running Press Kids, Hachette Book Group, which releases March 3, 2020, and shortly after sold THE NIGHT BAAFORE CHRISTMAS to WorthyKids, Hachette Book Group, which released Oct 2019.

I have several manuscripts in work. I just signed a contract for the sequel to THE NIGHT BAAFORE CHRISTMAS, titled THE NIGHT BAAFORE EASTER, and I just finished revising a math picture book story that is near and dear to my heart.

My advice for aspiring authors would be:

Buckle up and expect a fairly long and, at times, rough but rewarding  road trip. My journey to publication required more patience and persistence than I ever thought I had.

Prepare yourself for rejection because hearing “no” is inevitable. The rejections I received were actually a blessing. As much as I dreaded them and resented them, they made me work harder, thinker deeper and get more ingenious. I learned to accept them and later appreciate them.

Stay an active member of the kidlit community. The support and encouragement is incredible. No one knows a writer’s life like a writer does.

Join a critique group and/or have critique partners. I find that I make a great deal of progress with my manuscripts when I not only consider the feedback I get, but also the feedback I give. A critique you’re doing for someone can act as a mirror, enabling you to reflect on your own writing as well.

What most people don’t know about me is that I’m a math enthusiast. I love math! When I’m not busy writing and reading, I can be found doing math problems, sometimes just because... In high school, my dream was to have a math equation named after me , but now, I believe having my name on the cover of books is a million times better!


Dawn has a Bachelor’s degree in Mechanical Engineering, and an MBA.  For years, Dawn worked as an engineer and then as a manager at a large aerospace company, until her creative side called her to pursue her dream of writing children’s books. After reading and writing hundreds of corporate documents, none of which were titled The Little Engineer Who Could or Don't Let the Pigeon Fly the Airbus, Dawn is thrilled to now be reading and writing picture books instead. Dawn lives in sunny Arizona with her husband, three children and golden retriever.