We are excited to feature illustrator Lynnor Bontigao and her Kidlit411 website banner design for March 2020. She is also giving away a copy of her picture book, JACK AND AGYU, written by Justine Villanueva (Sawaga River Press 2019). Enter to win a copy! 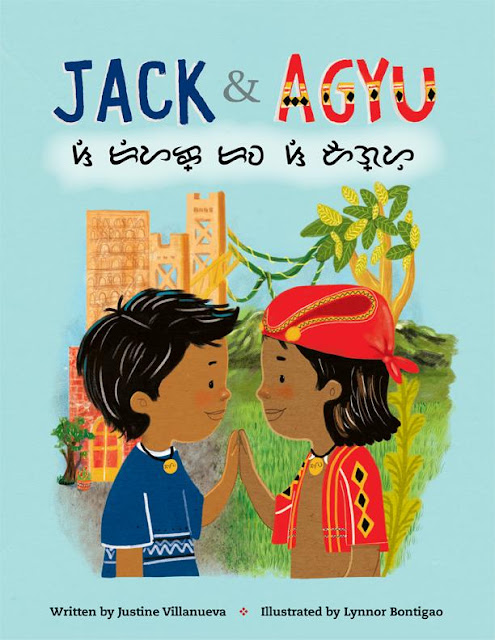 Thanks again for the interview. My name is Lynnor Bontigao. I was born and raised in the Philippines. My parents and brother emigrated to the US in the 90s but I stayed back home to finish college. I got my degree in Fine Arts, with a major in Advertising. I worked as a graphic designer at an ad agency after graduation. While in college though, I joined a children’s book illustrator group, and I felt so happy being part of it. When I decided to stay in the U.S., I was unlucky finding an advertising job being somewhat new (to the country, to the industry, to New York).

I studied programming and got hired immediately as companies were hiring for Y2K. I joined SCBWI in 2004 and kept the nagging love for illustration alive, but because of the job and life events, I couldn’t really devote to it. I was a programmer for 15 years until 2015. I decided to then turn my focus on illustration. I attended SCBWI conferences, met so many skilled artists and writers, and listened to the authors and illustrators I admired. I wanted to learn. I wanted to be in it.

I joined the PuddleJump Collective in 2016, and CBIG in 2018. I did art festivals in town and illustrated a cover for a magazine. Things were slowly happening. I was hired to illustrate my first picture book, JACK AND AGYU, written by Justine Villanueva (Sawaga River Press 2019). Last year, I was ecstatic to be represented by Caryn Wiseman at Andrea Brown Literary Agency. One of my dreams came true when I illustrated a story in Highlights magazine (Feb 2020 issue). I’m looking forward to future projects!

Congrats on your banner design. How did you approach this illustration?

Thank you. What a fun contest! The theme was "Birds on a Wire." My interpretation was that we all do different things, that we are all different yet the same, and that we are all in pursuit our dreams in this kidlit jungle.

What is your preferred medium and who/what influences you?

Traditionally, I use watercolors and colored pencil, but lately, I’ve been enjoying the flexibility and ease of working digitally.
I wouldn’t say influence but rather, inspire me...I LOVE David Wiesner’s work, the precision in his watercolors and the details are something I pore over and over again, Leo and Diane Dillon’s works are timeless. The looser style of Lucy Ruth Cummins, Kate Berube, and Nina Mata are so fresh and light, I just love it.

I want to have a new dummy ready for the NJ SCBWI conference in June and to update my portfolio as well. I’m doing some quick illustrations for PuddleJump and I always try to do some illustrations to share on social media. I’m working on a story that reminds me of my grandma and her store.

I am deathly afraid of caterpillars. I would jump and then run the opposite direction if I see one. I would rather face a snake than a caterpillar. It comes from a childhood memory where the window facing my bedroom was covered, I mean, completely enveloped in hairy, itchy, EVIL caterpillars. 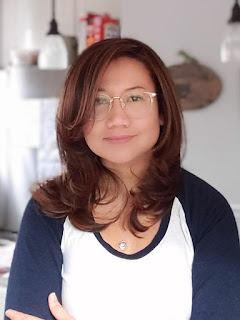 Lynnor Bontigao was 10 years old in the Philippines when she drew a story on pieces of paper and stapled them together. She joined a children’s book illustrators group in college. She graduated with a Fine Arts degree in Advertising but after migrating to the United States, she became a programmer for a major financial firm for 15 years in New York City. In all those years, she never forgot her love of drawing for kids and kids at heart. Her first illustrated picture book, JACK & AGYU, was released in 2019 with Sawaga River Press. Lynnor is a member of SCBWI, CBIG, and PuddleJump Collective. She lives in New Jersey with her husband, 2 kids, and one tiny dog.
a Rafflecopter giveaway
Labels: Illustrator Spotlight Lynnor Bontigao