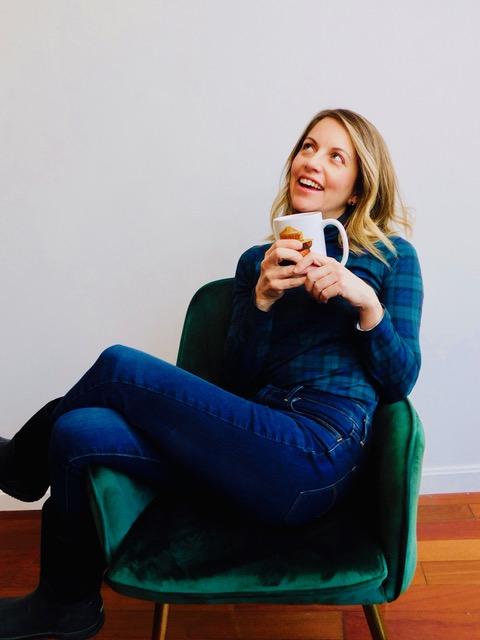 We are excited to feature author Anna Crowley Redding and her new picture book, RESCUING THE DECLARATION OF INDEPENDENCE: HOW WE ALMOST LOST THE WORDS THAT BUILT AMERICA, illustrated by Edwin Fotheringham (HarperCollins, April 14, 2020). Enter to win one of two copies! 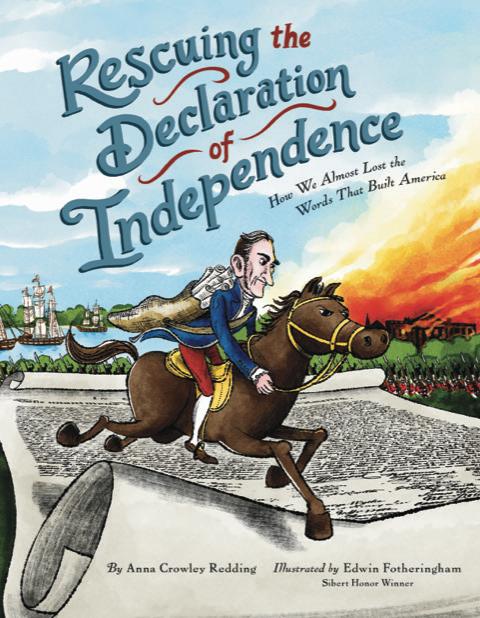 I started out my writing career as a journalist, working in TV news, which I loved. I especially loved the digging that came with investigative journalism and all aspects of the craft of storytelling. But even though I was so passionate about journalism, my dream since a very young age was to write children’s books. So once I had my own children and spent hours reading to them and fanning the flames of their nascent dreams, I began to explore my own dream of writing for kids and teens!

Congrats on having two picture books come out this year! Please tell us about each one and what inspired you.

Thank you so much! RESCUING THE DECLARATION OF INDEPENDENCE: HOW WE ALMOST LOST THE WORDS THAT BUILD AMERICA is about the brave act of a forgotten hero named Stephen Pleasonton. His amazing story of bravery was something I literally bumped into while researching another book.

I was visiting a lighthouse museum and heard about the man who used to be in charge of all the lighthouses in the 1800s. Here’s the thing, he was cheap. He loved to serve his country but NOT spending too much money. As a result a lot of lighthouses TODAY need a ton of repair. So lighthouse fans usually are a bit tough on Stephen Pleasonton. But I learned that his lighthouse job was a reward for an incredibly brave act: saving the documents that built this country. I mean literally packing up the Declaration of Independence and U.S. Constitution and so many others and riding them out of town to safety. it was incredibly dangerous. But if not for his courage, those documents would have been burned by the British or stolen. I was inspired. And once the research was done and it was time to write this book, I found myself going through an incredibly difficult time personally. And Stephen’s story sparked and fanned my own courage. 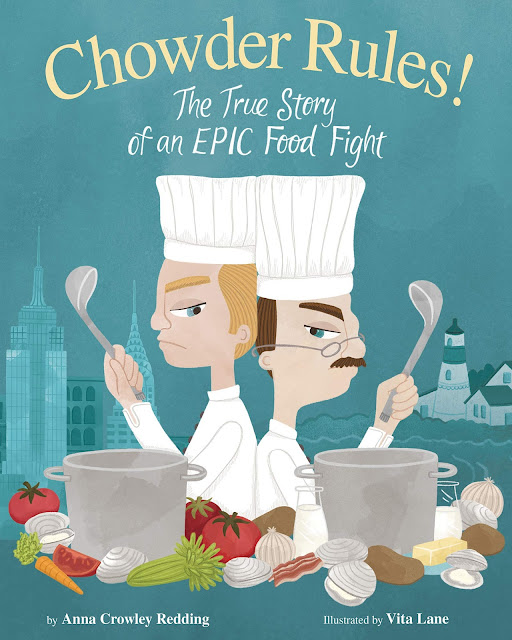 And my fall 2020 picture book CHOWDER RULES! THE TRUE STORY OF AN EPIC FOOD FIGHT, illustrated by Vita Lane (Islandport Press, Oct. 2020) is pure pure fun! This is the true story of an incidence that will strike chowder lovers right in the heart. This book is about the hilarious real life tale of a Maine state lawmaker who tried to make it ILLEGAL to put tomatoes in Clam Chowder! His efforts erupted into a nationwide food fight about exactly how clam chowder should be made. The argument even ensnared tomato lover, Joe DiMaggio. Throughout the research and writing, I literally laughed out loud. It was so funny. I think readers everywhere who need a good laugh will get such a kick out of this booK!

It’s so funny. When I first began working on this dream, like actively writing a book and seeking publication was in 2012. I remember seeing a cartoon that showed a former journalist at a typewriter saying something like ‘I’ll just bang out some children’s books.” I was like yeah! Shortly there after, I went to my first SCBWI conference and quickly discovered the cartoon was a joke. I can’t believe I’m admitting this!!! But I realized that at that moment in time, I was standing at the bottom of a mountain looking up. I had a lot of work to do, to learn the craft and the business.

My first nonfiction book for teen readers GOOGLE IT: A HISTORY OF GOOGLE came out in 2018. So six years of working very hard to learn as much as possible and improve my craft as much as possible! and I have to say, that it has been so intellectually challenging and I love that. I always feel like I am swimming the deep end of the pool, always learning. That’s such a gift!

Right now I am working on final edits on a picture book called THE GRAVITY TREE. This is the true story of Isaac Newton’s famous apple tree that inspired his big ideas and breakthroughs about gravity. Amazingly, the tree itself has had such an interesting life and is still living today! I am also working on a middle grade book about the race to take the first picture of a black hole, called BLACK HOLE CHASERS.  Both books will be out next year and I can’t wait! What advice would you give to aspiring authors?

Do not give up. Let the rejections shape your work, your stamina, and your commitment. The world needs your voice. Don’t give up.

I went to high school in Italy and speak Italian. My 11-year-old says you may not know that I am a funny, over protective mom ; )

Anna Crowley Redding is the author of riveting young adult nonfiction Elon Musk: A Mission to Save the World and Google It: A History of Google (How Two Students’ Quest to Organize the Internet Changed the World). Anna’ s work has received critical acclaim and is translated into Russian and Czech. Honored to receive the Best STEM book of 2019 and 2020, Anna’s first two books pull back the curtain to bring us the stories behind big tech.

Before diving into the deep end of writing for children and teens, Anna became an Emmy-award winning investigative television reporter and journalist. The recipient of multiple Edward R. Murrow awards and recognized by the Associated Press for her reporting, Anna is thrilled to now focus her stealthy detective skills on digging up great stories for young readers! Her debut picture book Rescuing the Declaration of Independence: How we almost lost the words that built America will hit shelves in April 2020 with more books on the way.