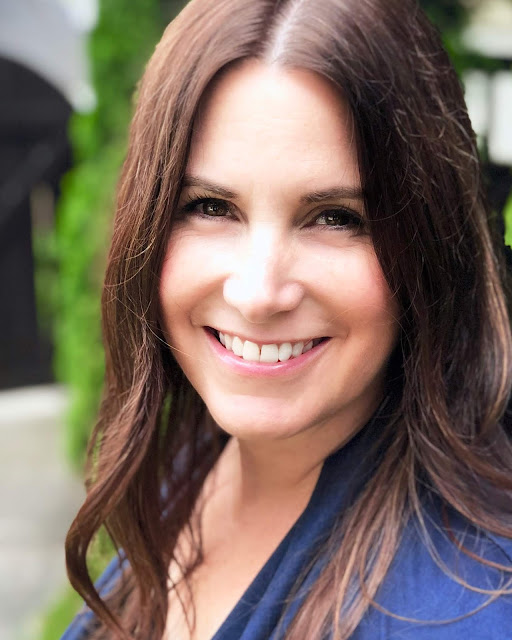 We are excited to feature author Cat Patrick and her new middle grade book, TORNADO BRAIN (G.P. Putnams Sons for Young Readers, May 5, 2020). Enter to win a copy (We will pick the winner now and mail the book in the future)!

Tell us about yourself and how you came to write for kids.

Hello! Given the state of the world right now, I’m currently a person who spends all of her time at home near Seattle, reorganizing closets, eating too much chocolate, and watching a lot of TV. I’m a mom of twin (almost) 12-year-old daughters and a calico kitten who likes to eat hair ties and give warm hugs like Olaf before mixing it up and biting you.

In normal times, I’d be spending time reading and writing but also exploring the Pacific Northwest and, as much as possible, the world. I’d also see some movies—don’t you miss movie theater popcorn? Plus, I’d book a trip to Disneyland, one of my favorite places on the planet. #spacemountainforever

As for my path to writing for kids, writing is in my “denna” (as my daughters say…they mean DNA) and I don’t remember a time I didn’t want to be an author. The first book I ever finished was a disastrous adult novel; the first I published was young adult. After publishing several YA titles, middle grade inspiration struck.

Congrats on your middle grade novel, TORNADO BRAIN. Tell us about it and what inspired you.

Thank you! I’m so excited to share TORNADO BRAIN with the world. TORNADO BRAIN is a mystery, just like its main character. Neurodivergent thirteen-year-old Frankie is trying not to let her diagnoses rule her life. She’s doing okay, for the most part, until her former best friend, Colette, disappears. Frankie’s convinced that Colette left behind clues that only Frankie can see—so she enlists her sister to help solve the mystery of Colette’s disappearance before it’s too late.

I wanted to explore the complexities of making and keeping friends in middle school. It can be tough for anyone—and even tougher for kids on the autism spectrum who may struggle with social skills. I wanted to remind all readers that our differences are also very much our strengths. And I wanted to spotlight the little coastal town of Long Beach, Washington, another of my very favorite places.

A skeleton of the mystery in TORNADO BRAIN originally appeared in a YA manuscript I wrote at least seven years ago. Five years ago, I met and fell in love with Long Beach. Three years ago, Frankie started to take shape in my mind. After the long road to assembling the pieces, the journey to publication was short and sweet.

I’m working on another middle grade novel featuring some of the characters from TORNADO BRAIN as well as a fun side project with an author friend.

I’d say to be both patient and persistent when it comes to writing. I just joked to a friend that when I finish a manuscript, I want to throw it at my agent and shout, “I did a book!” But wise words that very agent shared when we started working together eleven years ago was that it’s important to be able to walk away from a project for weeks or even months in order to see it clearly. If writing is in your denna, too, keep at it. The best way to write a book is to write a book, but don’t forget to forget about it for a while afterward…then come back and make it better.

Between the ages of five and fifteen, I was in a traveling sign language troupe. Think Happy Hands Club in Napoleon Dynamite but with better costumes and choreography.

Mostly, I can be found on Instagramlooking at pretty pictures, sometimes on Twitteror Facebook. And my websitehas information about my books and where to find them.

Cat Patrick and her family live near Seattle but spend as much time as possible four hours west setting marshmallows on fire and tangling kites in the curious town of Long Beach. There, Tornado Brain was born. Cat is the author of several books for young adults including Summer 2011 Kids Indie Next List pick FORGOTTEN, which sold in 23 countries; ALA 2013 Quick Picks for Reluctant Young Readers selection REVIVED; and others. TORNADO BRAIN is her middle grade debut.