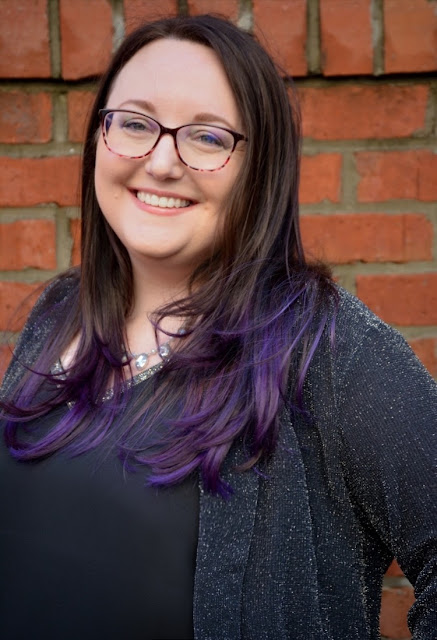 We are excited to feature author Lora Beth Johnson and her YA debut, the sci-fi novel, GODDESS IN THE MACHINE (Razorbill/PRH, July 2020). Enter to win a copy!

I’ve always had a love for stories—books, movies, theater, etc.—but I didn’t realize I could actually be a storyteller until about ten years ago. I was in between jobs and needed something to feel productive, so I started working on a story. Once I started writing, I couldn’t stop. It felt like the thing I should have been doing all along. I chose to write for teens, because the themes and tropes of YA literature are the things I most like to explore. Plus, teen readers are amazing!

Congrats on your debut YA novel, GODDESS IN THE MACHINE. Tell us about the story & what inspired you.

Thank you! GODDESS IN THE MACHINE is about a girl who goes into cryonic stasis, expecting to wake up with her family a hundred years in the future to colonize a utopian planet. But she wakes up a thousand years too late. She’s on a desert planet, everyone she knows is dead, and the current inhabitants are calling her a goddess.

The story was inspired by a mixture of the sci-fi stories I grew up loving (especially Star Wars) and traditional fairy tales. It started out as a kind of Sleeping Beauty in space, and then quickly evolved into something that drew from elements I love best in YA sci-fi and fantasy.

It sounds amazing. . .and here's the trailer:

It felt very long and winding, but I was also incredibly focused on my goals. Once I realized I wanted to write as a profession, I did a lot of research on publishing. Over the course of about five years, I wrote several books (and parts of books) before GODDESS, some of which I shelved before even querying. It was another five years between the first draft of GODDESS to publication. That sounds like a long time, but publishing is a marathon, not a sprint, and there are a lot of steps in between a first draft and what we see on shelves.

What are some recent favorite YA reads?

I’m obsessed with LEGENDBORN by Tracy Deonn, which comes out in September. It’s cinematic, with extraordinarily engaging characters. I can’t wait for it to be on shelves so I can scream about it with readers. Also, the last book in Emily Suvada’s THIS MORTAL COIL series came out earlier this year. That series is the very best of what sci-fi can be.

I’m working on revising the sequel to GODDESS, and also plotting out my next project, which I’m super excited about. It has been really difficult to concentrate right now, but deadlines are an excellent motivator.

I think the experiences and mistakes I made in my life are what led me to writing, so I would probably eschew advice, and let my younger self stumble her way into writing on her own. But for aspiring authors, my advice is to read a lot (and widely) and write a lot. Also, become comfortable with receiving critique and learn how to apply that critique to your writing. Knowing how to revise and rewrite will be one of the most important tools in your toolbox. And finally, if writing is truly what you want to do, never give up.

If you give me a map, I can name all the countries in the world.

As an only child, Lora Beth Johnson grew up telling herself stories and reading past her bedtime. She spent her adulthood collecting degrees, careers, and stamps in her passport before realizing her passion for creating fictional worlds. When she’s not writing, she’s teaching college English and learning new languages. She lives in Davidson, NC with her little roommate, Colocataire
the Yorkipoo. Goddess in the Machine is her first book.