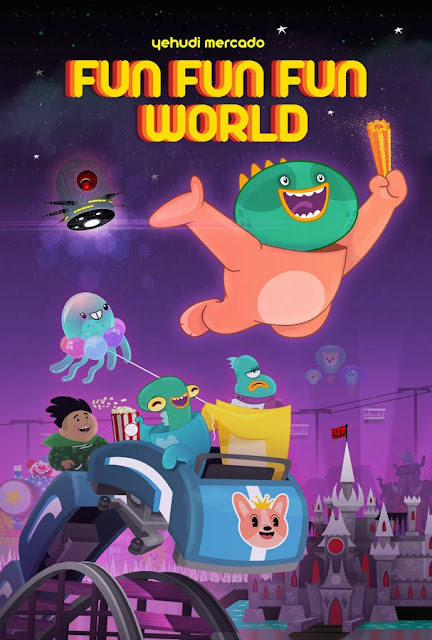 Tell us about yourself and how you came to write and draw graphic novels. How did you make the transition from Disney Art Director to graphic novelist?I always drew as a child, thanks to having an abundance of art supplies around the house. I would create my own characters and storylines, most of them involving aliens. In junior high school and high school I got into theater and acting in plays. Theater exposed me to playwrights like Neil Simon, Moliere, and Larry Shue, I was partial to the comedies. It wasn't until college that I merged the art with the acting and got into animation.


Being an animator got me a job in video games, where I continued creating characters and writing storylines. On whim I entered one of my screenplays into a competition and I won 2nd place which got me some interest in LA. I turned that screenplay into a graphic novel and self-published it. I would be working on graphic novels at night while working as an art director at EA and then Disney Interactive by day. 4 years ago I was able to work on my books and my own animation projects fulltime.


Congrats on your recent graphic novel FUN FUN FUN WORLD. Tell us about it and what inspired you. 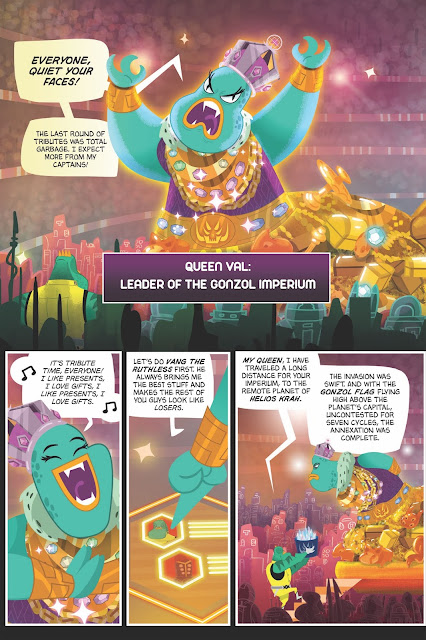 I love going to Disneyland. While working at Disney I got to interact with Disney Imagineers, which was amazing. So I always wanted to set a story in an amusement park. My initial idea was to answer the question, "What happens at an amusement park at night when the crowds go home?" 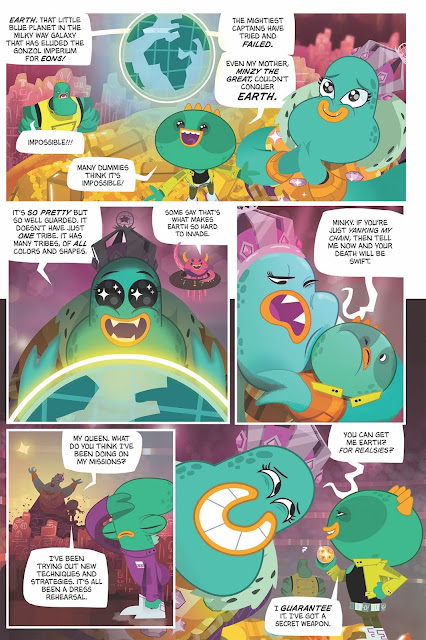 I thought it would be funny if it turned out that when the costumed mascots took off their heads, they turned out to be aliens who are trying to blend in with the earthlings. So that nugget of an idea blossomed into FUN FUN FUN WORLD.

It's about space invaders who think they conquered earth, but what they really took over was just a rundown amusement park. One of the biggest challenges was the multi-layers of design work. Each character has a main design, then also a mascot costume design, and also a cartoon version of that mascot character. And I wanted to make the theme park feel like it existed in a real world so all the rides have their own set of characters and storylines, too.


Was your road to publication long and winding, short and sweet, or something in between?
In hindsight I would say that getting my first book Pantalones, TX published was relatively short. It took 2 years from when I started making comics. But I used the skills and knowledge I had built up from creating characters, animating and writing from my years in video games.
What are some of your recent favorite graphic novels for kids that you've read?
SNAPDRAGON by Kat Leyh, GUTS by Raina Telgemeier and NEW KID by Jerry Craft.


What advice would you give to aspiring graphic novelists?
I would start small. My first self-published book was a 300+ full color graphic novel. I would not recommend that. Self-publishing is an expensive venture. I, luckily, had well paying day jobs to help finance my dreams. Start small and finish a project. I know a lot of aspiring artists who have been toiling away on their first graphic novel for ten years. You need to be able to come up with an idea, execute it and deliver in a timely manner or else you will never be able to do it for a living.

I directed a straight-to-DVD animated series based on the self help books for kids by Trevor Romaine. 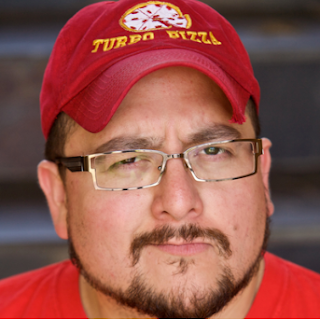 Yehudi Mercado is a former pizza delivery driver and art director for Disney Interactive. He is currently a writer-artist-animator living in Los Angeles. His books include Sci-Fu, Hero Hotel, Rocket Salvage, and Fun Fun Fun World. He was a storyboard artist on the DC Super Hero Girls animated series. He is currently show running the Hero Hotel podcast for the PINNA audio network. Also writing & directing an original animated short for Nickelodeon.