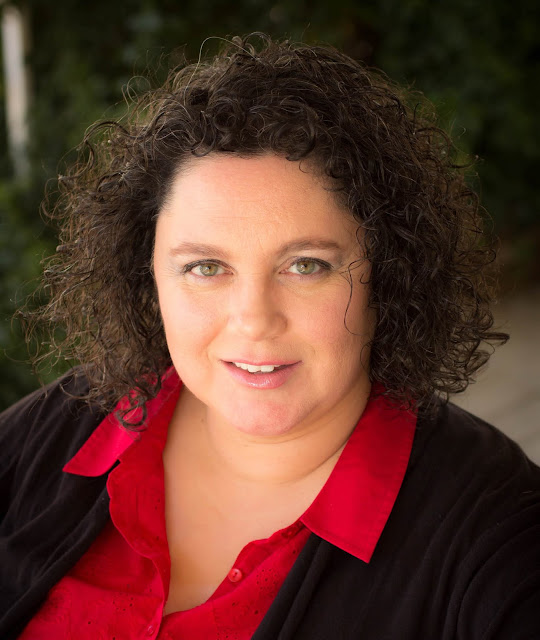 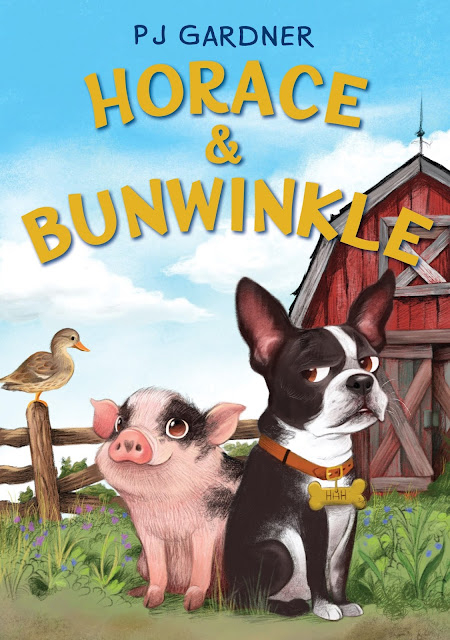 Writing is relatively new to me. I only started a little over five years ago. It took me a long time to believe that I had the right to write. I was convinced you had to be a writer from childhood or it was an insult to “real” writers. A friend helped me see the error in my logic and encouraged me to join her writing group. Before picking up the pen, so to speak, I was a huge reader and I particularly loved middle grade and young adult fiction. So it was natural for me to write for those age groups.

Congrats on your debut middle grade novel, HORACE & BUNWINKLE. Tell us about the book & what inspired you.

The story follows the mystery solving adventures of Horace, a stuffy Boston Terrier, and his precocious potbelly piglet sister, Bunwinkle. It’s the first in a series. The original idea came from a news story years ago about a dog and pig duo who saved their human’s life when she had a heart attack. Horace is based on my own Boston Terrier, Rosie, while Bunwinkle is sort of based on me. Although I would call myself more obnoxious than precocious.

My publication journey was long and torturous, at least it felt that way to me. Horace & Buwninkle is the first book I wrote, but it had a lot of problems so I set it aside. I landed my agent with my next book, a very serious contemporary YA novel. Unfortunately, that book did not sell, nor did the book after that, nor the one after that. I was becoming quite concerned that I would never sell a book and that’s when I went back to H&B. I hadn’t shared it with my agent, thinking it was too broken to fix. But after sharing it with her we were able to turn it into something special. It sold pretty quickly after going on submission.

I’m currently working on another early middle grade novel called The Great Zoodini about a fennec fox bent on becoming world famous. I’m also working on a young adult project that I would describe as an allegorical fairy tale. I’ve had this project in mind for three years and I just now feel ready to write it.

The advice I would give to both my younger self and aspiring authors is to let go of what you think this journey should look like, and for all that is good and holy, stop comparing your journey to anyone else’s! The best way to avoid that is to be very careful about your social media consumption, because most of the time it will just make you feel like a loser.

When I was in high school I worked in the food service department at Craig Hospital in Englewood, CO. The hospital specialized in treating brain and spinal injuries. Working with the patients—even in my small way—was life changing.

PJ Gardner on the net

PJ lives in the scorching heat of the Arizona desert with her husband, sons, and Boston Terriers, Rosie and Rocky. She doesn’t own a pig because her husband says she’s not allowed to. Her debut middle grade novel, Horace & Bunwinkle, (Balzer + Bray, an imprint of HarperCollins) is now available wherever books are sold.