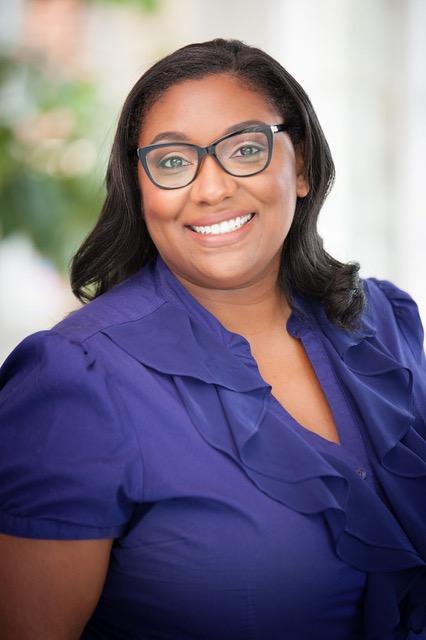 Today we are excited to feature author Chrystal D. Giles and her debut middle grade novel, TAKE BACK THE BLOCK (Random House Books for Young Readers), coming out on Jan. 26. Enter to win a copy!

My journey to being a writer for children is rather unconventional. My formal education is in accounting and I’ve worked in various areas of finance throughout my adult life.

I did have a deep love of books as a young child that I got to revisit when I was preparing for the birth of my son in 2015. Soon after my son was born, I became very passionate about finding books that represented him and Black families like ours. I was sad to realize that there just weren’t very many books that reflected us, so I (very naively) set out to write stories with Black children at the center.

Congrats on your debut MG novel, Take Back the Block! Tell us about the book and what inspired you.

Thank you! Take Back the Block follows Wes, an eleven-year-old boy, who’d rather be playing basketball or video games, instead, he is dragged from one community event to another by his activist parents. Activism becomes personal for Wes when his neighborhood, Kensington Oaks, is targeted by a powerful developer. Readers will look on as he fights to save his neighborhood and navigate his changing friendships.

This story was directly inspired by my hometown of Charlotte, NC. My city, like many cities across the nation, are experiencing gentrification and the displacement of marginalized people. Years ago, I started to notice whole communities being wiped away, I really became troubled by the thought of what happens to the children and families when these neighborhoods are transformed.

I couldn’t get that worry out of my mind so I decided to write a story that centered on the up-close view of a community fighting to remain whole.

Something in between, I guess. It is quite an interesting story.

I started writing in 2015 and began to query agents soon after. Querying so soon turned out to be a mistake! After many rejections, I stepped back from wildly querying and came up with a better approach. I joined SCBWI, found a critique group, worked on craft and started really thinking about the stories I wanted to tell. When I finished drafting Take Back the Block and felt like it was ready to query, I focused more on strategy.

After some months of querying I applied to and was chosen for PitchWars, a mentorship program. After a few months of fast-paced revision I entered the agent showcase and got lots of requests. It was a wild ride and two weeks later I had two offers of representation and I chose Elizabeth Bewley at Sterling Lord Listeristic.

I was on submission a few weeks after signing with Elizabeth, and was at auction two weeks after that. I ultimately signed with Shana Corey at Random House, an editor who had first liked my pitch during DVPit, a Twitter pitch contest.

What a great story! What projects are you working on now?

I’m editing a stand-alone contemporary middle-grade novel set in rural North Carolina. It features twelve-year-old Lawrence, who is trying to figure out his next move in a new place. It will be published in 2022 by Random House.

I really like this question! I’d advise my younger self to speak up and be visible. I’d advise aspiring authors that their stories and voices matter—so I suppose both pieces of advice are rooted in the same theme.

Even though I’m an author, I don’t consider myself to be a creative person. I’m still learning to embrace a side of me that isn’t purely factual and analytical. Writing allows me to explore other sides of myself.

Chrystal D. Giles is a champion for diversity and representation in children’s literature. She is making her middle-grade debut with Take Back the Block, a Junior Library Guild Gold Standard Selection and Kids’ IndieNext Pick. Chrystal was a 2018 We Need Diverse Books mentee, and her poem “Dimples'' appears in the poetry anthology Thanku: Poems of Gratitude (Millbrook). Chrystal lives in Charlotte, North Carolina, with her husband and son.