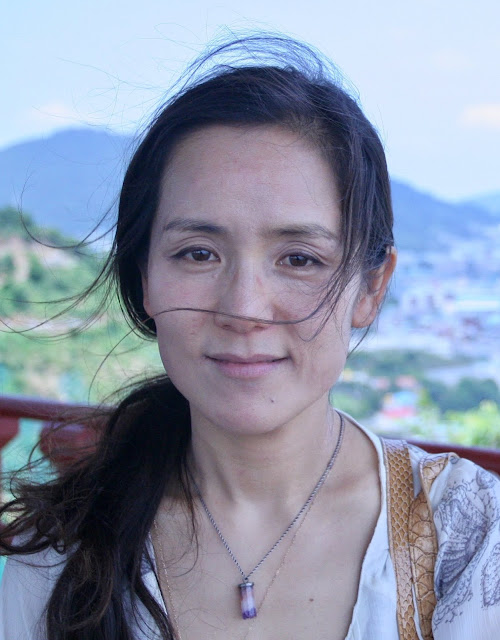 We are excited to feature author Hope Lim and her debut picture book, I AM A BIRD, illustrated by Hyewon Yum (Candlewick), out Feb. 2. Enter to win a copy! 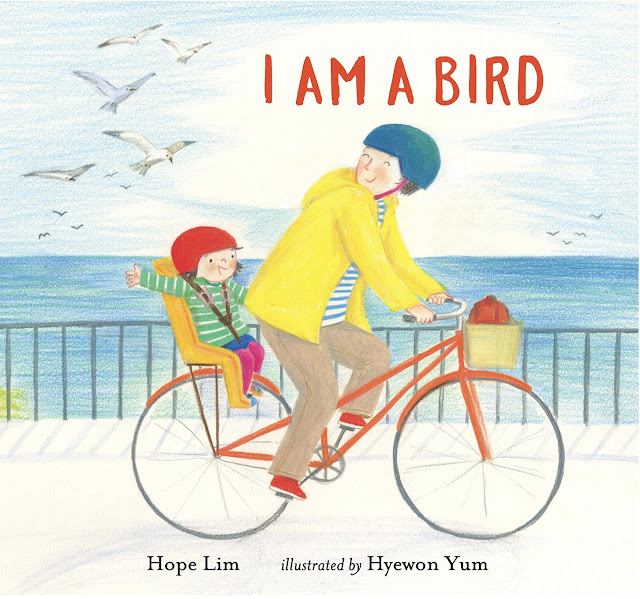 I remember when I was young, back in Korea, before I knew any words of English, I wrote down the phonic sounds of an American pop song from a cassette player, pushing the stop button at almost every word. I had no idea what the song was about, but I liked the song and wanted to sing along. That memory came back to me as I was thinking about my reply to this prompt. I have always had a love of language, which eventually led me on a path as a writer.

I became a writer thanks to my children. I have been a journal keeper throughout my life, and after my children were born, I made special entries about them on a daily basis. In retrospect, as I filled my diary with the details of our day-to-day adventures, I envisioned and experienced a world, full of wonder and imagination, which was created by my children. I also read with them constantly and was drawn to the power of picture books, where art and rich text tell stories that transcend place, language, and time. Before long, I was writing stories inspired by my children and every day wonders we discovered together.

Congrats on your debut picture book, I Am a Bird! Tell us about the book and what inspired you.

The idea for I Am a Bird started after an encounter with a stranger in Golden Gate Park. I thought she was strange at first, but I immediately recognized my perception was unfair and started to reflect on our innate fears and biases toward each other. When I came home, my husband told me about how my daughter made joyful birdcalls on their way to school on the back of his bike. I was struck by the contrast between my daughter and my simultaneous experiences. At that moment, I knew I had to write a story about exploring the fear of the unknown and combined it with my daughter’s soaring spirit. That’s how I Am a Bird - a story of celebrating kindred spirits discovered unexpectedly all told from a child’s perspective.

My Tree (illustrated by Il Sung Na, Neal Porter Books, May 4, 2021) is about making connections, told from an immigrant Korean boy’s perspective. After moving to a new country, the boy finds comfort in an old tree reminiscent of his home. He builds a relationship with the tree and names it. The special connection is lost when a storm brings the old tree down. The boy plants a new tree, which symbolizes his young, budding relationship to his new home, but also preserves his memories. 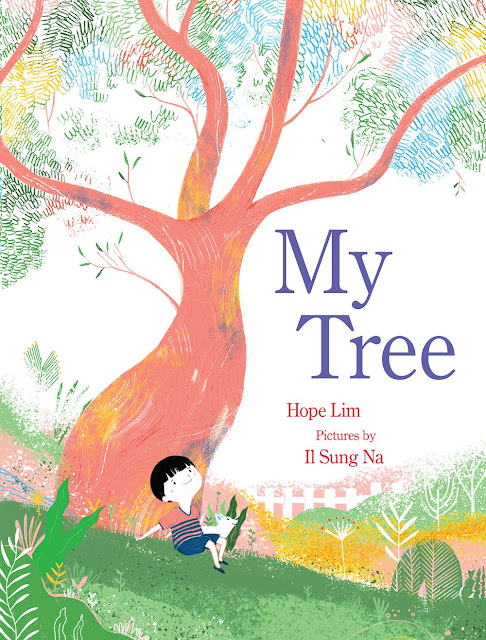 My Tree was inspired by a real-life experience. When we were away for a vacation, our neighbor called us with the news that our 100 year-old plum tree fell down during a severe rainstorm. We were sad that it fell and also worried that it may have damaged our home or our neighbors’ homes. But when we returned, our plum tree lay across our yard without touching or damaging anything. Our kids and other neighborhood children played on the tree until a boy was hurt. After she was taken away, our backyard never looked the same. I wrote down what I remembered about her throughout the four seasons and added my experience as an immigrant who misses things that are gone.

I would say something in between. It felt long and winding when I was querying agents and received no interest. And the wait felt long whenever each project was on submission. But in hindsight, I think each project found its way to a perfect home.  My Tree was the first manuscript I sold. Neal Porter, whom I have long admired ever since I picked up a book published by him at a local bookstore, acquired My Tree. I Am a Bird  connected me with Kate Fletcher, whose initial editorial insight opened up new possibilities for a story I thought was finished.  I Am a Bird was sold right after My Tree, but because of timing, became my debut picture book.

I am working on a project that celebrates the human connections and how they can teach us new ways of looking at things.

I would tell my younger self three things: stay curious, read widely, and write every day. As a writer, I have tried to make these three daily habits and have experienced the benefits both in my writing and in the way I think and form my world view. I am sure I would have been rewarded with much more benefit and wisdom had I started them early.

Yes, I would give the same advice to aspiring authors.

Most people don’t know I am a first-generation immigrant from South Korea and English is my second language. I dreamed of interpreting for Heads of State and traveling around the world. I pursued that dream professionally until I became a mother. I received a Master’s Degree in Conference Interpretation and worked for the U.S. State Department before my kids were born. During my work with the State Department, I traveled to many different cities and met so many wonderful leaders and people along the way.

Hope Lim is a children’s book author from South Korea and currently lives in San Francisco. Her debut book, I AM A BIRD, is to be released by Candlewick on February 2, 2021. Her debut will be followed by MY TREE, Neal Porter Books/Holiday House in May 2021 and MOMMY’S HOMETOWN, Candlewick, in Fall 2022.