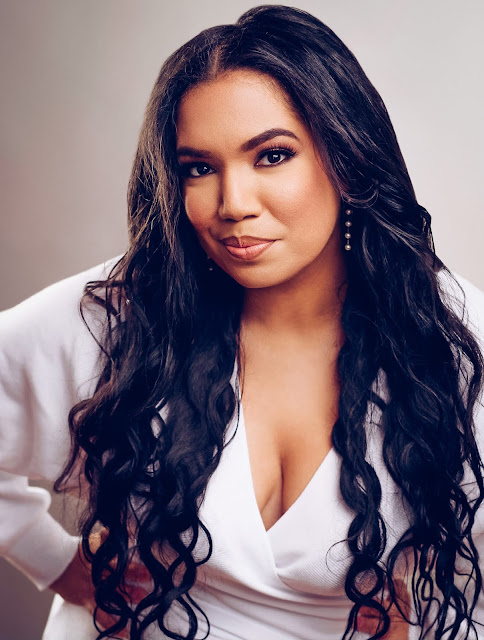 Growing up I never saw myself, my community, in fantasy stories so when Rue’s voice came to me early one morning, I knew I had to let her speak. I specifically love writing for teens because they’re the next generation up to the plate, the future change makers and glass shatterers. And I just had this unshakable feeling that if Rue could get a reader to believe they’re unstoppable, she could change the world.

Congratulations on your debut Wings of Ebony! Tell us about it and what inspired you.

I wanted to craft stories that inspired readers with pride and passion. So I looked to some of the things that did that well. I loved Diana in Wonder Woman. The scenes with her just ooze a fierceness rooted in passion that I haven’t seen on many inner city characters portrayed in contemporary fantasy. Black Panther was another I looked to. That movie made me puff my chest out. I’ve never felt so incredibly gotten by a major blockbuster movie before. And I knew I wanted the settings in my book to be recognizable, somewhere that you could have at least a surface level understanding of how things work, so I chose contemporary fantasy. I also wanted the reader to interface with the themes in a direct way which why I chose contemporary fantasy specifically.

Congrats on being an instant NYT and Indie bestseller! What does this mean to you?

Wow, okay. That was completely unexpected! But, it was definitely nice, it meant a lot. But beyond for me, it means so much for kids like Rue, my teenage sisters, Black writers who haven’t had doors open for them (yet!). Seeing Wings on that List week one and two, gives me hope that Publishing (because they put so much stock in the List) will believe that stories from characters like Rue, not only deserve more shelf space, but are marketable.

Publishing is a business. Wings is artistic activism.

And it’s hard to fit a round peg into a square hole especially when the gatekeepers don’t look like me. I’m hoping Rue is added proof (on top of so many other books that have done well) that Publishing’s idea about what books are marketable is quite short sighted.

When I set out to write Wings of Ebony I was very new to writing fiction and wasn’t sure what to expect. My DVPit pitch blew up on Twitter which frankly, shocked me, but from then on I knew I was on to something highly marketable. I queried, received multiple offers of rep and signed with a literary agent. She immediately had me rewrite 30% of my book which made it so much stronger. We went out on submission Jan 22, 2019.

There’s nothing like going on submission to editors that makes you realize just how much of a privilege it is to have a book in the world. This industry really forces you to remember that patience is important and there’s no use in stressing about things out of our control. I was on sub for 5 months, and during that time I completed a revision for a brilliant editor at a Big 5 publisher who gave me some very candid, pointed feedback.

I completed my revision quickly, and we sent it to everyone still considering my pages, which was about ten editors or so. From there we had multiple editors interested, but Denene Millner at Simon & Schuster came in strong and fast with so much enthusiasm and ultimately won me over. I learned so much about the craft and the industry through the debut process. I just feel so fortunate and lucky to have this opportunity. I still pinch myself everyday wondering how any of this can be real.

Did you have a playlist while writing Wings of Ebony? Is there one song that encapsulates a key moment?

I do have a playlist! Find it here. And then if I had to pick one it would definitely be Already by Beyonce.

The sequel to Wings of Ebony is done, so I’m working on my next YA series which will also feature an inner-city protagonist entering a whole new world, but in a completely different way than Wings. Hoping to make it a three-book series.

We've admired your marketing savvy during your debut. What advice would you give to authors for marketing in a virtual environment?

Don’t underestimate the power of word of mouth.

J.Elle is the author of the instant New York Times and Indie bestseller Wings of Ebony, a YA novel about a Black teen who must lean into her ancestor's magic to protect her inner-city community from drugs, violence, and crime. Wings has been heralded by Ms. Magazine as "the debut fantasy we need right now" with praise from Kirkus and numerous YA industry veterans. Elle's debut is an Amazon Best Of pick and the Barnes & Noble YA Book Club pick of the month for Black History Month. Elle is a former educator and first-generation college student with a bachelor's degree in Journalism and a Master's in Educational Administration and Human Development. When she's not writing, Elle can be found mentoring aspiring writers, binging reality TV, loving on her three littles, or cooking up something true to her Louisiana roots.