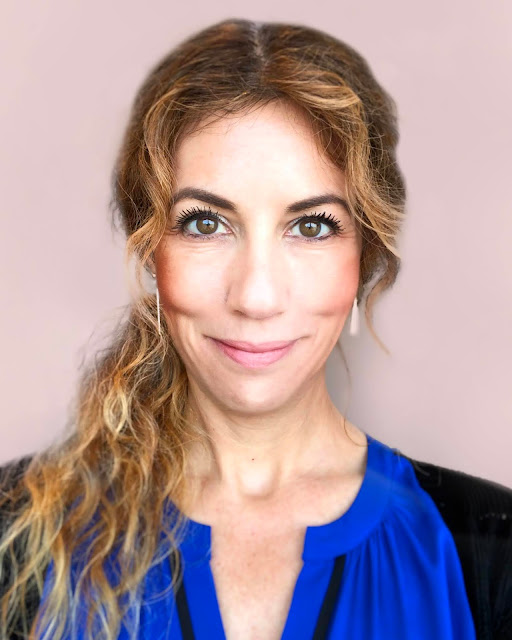 We are pleased to feature author Karla Valenti and her recent picture book, ALAN TURING AND THE POWER OF CURIOSITY illustrated by Annalisa Beghelli (Sourcebooks Explore, March 1, 2021)

Enter to win a copy below! 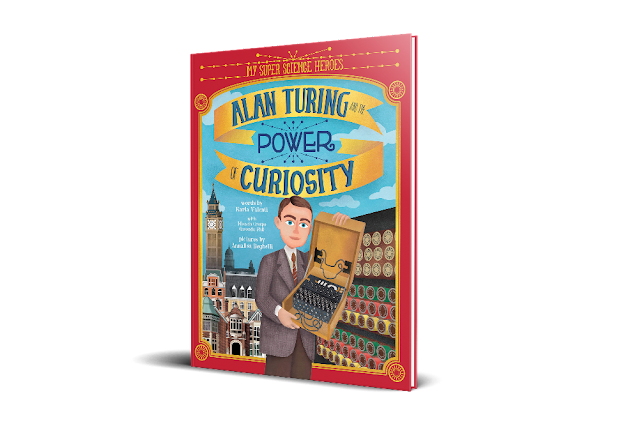 Tell us about yourself and how you came to write for children. Was your road to publication long and winding, short and sweet, or something in between? Congrats on your novel, Alan Turing and the Power of Curiosity! Tell us about the book and what inspired it.

I’ve been telling stories to children since I was a five year-old at the Bellavista Kindergarten in Mexico City (interestingly, while I'd like to think my craft has improved since those pre-school years, thematically my stories have changed little and I continue to love magical realism and the fantasy that held me captive so many years prior). Like many of your readers, however, I wasn't actually able to take my writing seriously for many decades. Fortunately, in 2010 we moved to Europe and this presented an ideal opportunity to pivot my other career and finally put on my Author hat.

At that point I had been writing for ages, but I knew very little about being a career Author. So I began by learning everything I could about the industry and connecting with fellow storytellers (including through your amazing site and treasure trove of resources).

Naturally, I stumbled into my Pit of Despair.

There I was, wallowing in my literary darkest moment when this young character showed up and broke my heart. This boy carried with him a story begging to be told, and there was nobody else around to do it. So I got up and wrote it. Out poured a MG novel that landed me three agent offers. You might be tempted to think that turned out to be a happy story, and it was - at first. Except after many years and rounds of submissions, the book never actually sold (and neither did my other stories). Eventually (and for unrelated reasons) my agent and I parted ways. I ended up right back where I started, bruised from having hoped so much (which only made the fall that much more punishing).

Truth to be told, though, I wasn't totally where I started because I had learned some pretty important stuff along the way and, what mattered most, I wasn't in the Pit of Despair. I was back at my desk writing writing writing!

Fast forward many years and I found out about a call for submissions hosted by a global science association looking to partner with an author to write a picture book about Marie Curie. I do not write non-fiction, and there were already many great biographies of Marie Curie. However, I saw an opportunity to flex my creative muscles and in the process deliver a new perspective of what it means to be a scientist.

As I researched Marie Curie, the story began to take shape. This wouldn't be a biography about Marie Curie per se. Rather, it would be a story about a super power - trait, a skill she embodied and which played an important role in helping her succeed in life. Drawing on select moments of Marie’s life, the story would highlight how she used that power (persistence!) to overcome challenge after challenge—represented by her nemesis, a monster aptly named, Mr. Opposition—and ultimately reach her dreams.

I submitted the story to the science association, and to my great delight, they loved it! I began working with them on an Indiegogo campaign to fund the publication of the book. Before the month was over, we had far exceeded our fundraising goal and Sourcebooks had made us an offer for world rights to the story. What followed was a whirlwind and “Marie Curie and the Power of Persistence” came out in April 2020. We are now launching book two in the My Super Science Heroes series, this time with a focus on the power of curiosity. The brilliant Alan Turing is our hero, as we focus on select moments in his life that showcase his unfailing curiosity and how it helped him solve some of the most enigmatic challenges of his time (including battling his nemesis, Miss Enigma, who only speaks in code)! 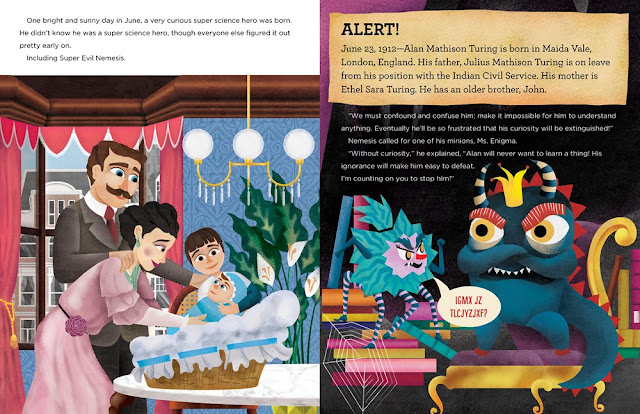 My journey as a serious writer started over a decade ago, and so much of has been heart-breaking and confidence-shattering. Fortunately, the kidlit community (all the authors and illustrators and storybook makers), is unparalleled in kindness, generosity, and support. Without them, I would never be where I am (I just sold my 7th book!).

My debut MG novel, Loteria, is coming out with Knopf in September 2021. Set in Oaxaca, Mexico, this magical realist adventure follows a young girl who becomes an unwitting pawn in a high-stakes game of Lotería being played by Life and Death. These next few months will be very busy as we get ready to launch this book into the world. If your readers are interested, the book is now available for pre-order on my site (and there’s a great interview by Mr. Schu!)

I also recently sold two new pictures books at auction and have started working with my editor on getting those polished and ready to pitch illustrators. It's very exciting!

I used to live in a small town in Japan that was peppered by stone bridges dressed in morning glories, spanning over koi-filled streams. The house I lived in was surrounded by rice fields, and at night the fields would be full of toads serenading the silver moon.

Karla Valenti writes stories for and about kids. Her storytelling is heavily influenced by her Mexican heritage and layered with ideas and concepts she’s picked up in her many travels around the world. She currently resides in the Chicagoland area with her husband and three kids, two cats, and hundreds of books (some of them hers!).