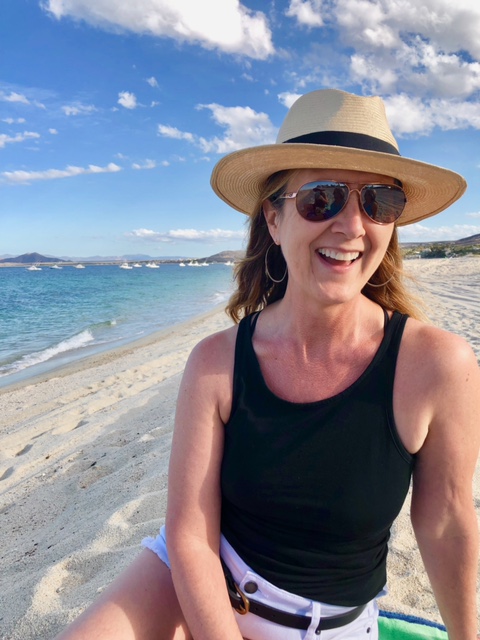 We are excited to feature author Merriam Sarcia Saunders and her debut MG novel, TROUBLE WITH A TINY T (Capstone Publishing), which came out on March 1st! Enter to win a copy! 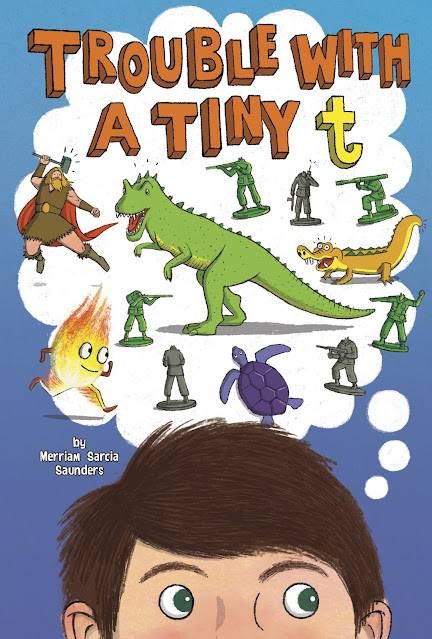 I’m a licensed psychotherapist who lives and breathes ADHD. I always loved to write as a hobby, and after writing a super terrible young adult novel, I had an idea for a middle grade about a boy with ADHD that I thought might have teeth. (pun intended, see below)

Congrats on your debut middle grade book, Trouble with a Tiny T! Tell us about the book and what inspired it.

The story is about a boy with ADHD, Westin, who is always in trouble. He’s a sweet kid and a terrific artist, but everyone focuses on what he does wrong. When he finds a magic bag among his missing uncle’s things, he impulsively uses it to conjure a tiny T.rex in his bedroom, making even more trouble. Not understanding the magic, he makes things worse by bringing to life a headless plastic green army (the T.rex bit the heads off) and a six-inch Thor who falls in love with his new friend, Lenora. The animated creatures are at war--and growing! With the help of Lenora, Westin will realize it just may be his artistic talent that saves the day—but not before he manages to blow up the school gym. I wanted children to read a story where the ADHD struggle is real, but the greater message focuses on the often-overlooked strengths and wonderful qualities these kids have, too.

I met my agent at the Big Sur Writer’s conference about a month after I finished the manuscript. It was one of those dream scenarios where, after hearing the first five pages read aloud, she tapped me on the shoulder in the lunch line and asked me to send her the full. By the end of the year, the book had gone to acquisitions at two of the Big 5 and had an R&R from a third—and didn’t get picked up. So, what at first looked like it was going to be short and sweet wound up being long and winding. After two more dead-end R&Rs, it finally found a home with Capstone Publishing—nearly five years later! In the meantime, I’d sold and released two picture books and written several other middle grades and a picture book, which are on sub now. 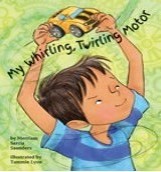 What are some of your favorite classic MGs, and more recent ones?

My more recent favorites are Walk Two Moons, by Sharon Creech and Wolf Hollow by Lauren Wolk. I salivate over their use of language and clever plotting. My favorite classic is Le Petit Prince, by Antoine de Saint-Exupéry, for its mood and lyricism. I own it in four languages because I love it that much.

I’m a little all over the place. I’m in revisions on a futuristic middle grade that I’m very excited about and painfully revising two sci-fi young adults, with no less than three other middle grades in the works. And I’m constantly tossing pretty terrible picture books at my poor agent—who tosses them right back at me.

What are the one or two best things you did for you career? Would you give this advice to aspiring authors?

I found terrific critique partners that I respect and learn a lot from. And I read a ton—not only in my genre, but also every craft book I can get a hold of, and there are so many. Story Genius by Lisa Crohn is probably my favorite and I love anything by Donald Mass too. 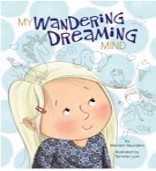 That I speak fluent Japanese.

Merriam Sarcia Saunders, LMFT is a family therapist and author of the picture books MY WHIRLING, TWIRLING MOTOR and MY WANDERING DREAMING MIND (Magination Press) and the middle grade TROUBLE WITH A TINY T (Capstone), all affirming stories of children with ADHD. Merriam is the co-founder of www.ANovelMind.com, a blog and database of 1000+ kidlit titles focused on mental health and neurodiversity. She lives in northern California with her husband and three kids and a tiny Chihuahua with no teeth.