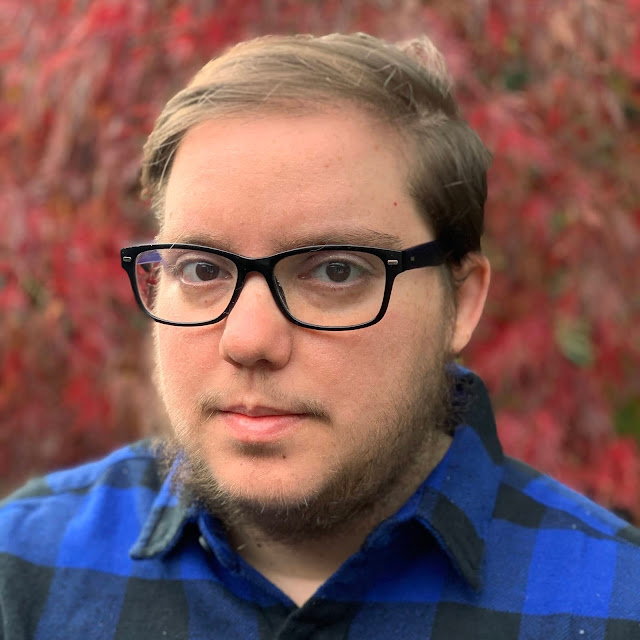 We are pleased to feature author Jasper Sanchez and his debut YA novel, THE (UN)POPULAR VOTE (HarperCollins June 1, 2021). Enter to win a copy!

I’m a queer, transgender nerd who loves The West Wing and Star Trek in equal measure. I actually didn’t read YA when I was a teenager. I felt compelled to read the “classics,” with a side of ‘70s science fiction (courtesy of my dad). But when I went to college and started questioning my identity, I went looking for answers in books. And in the early 2010s, the best-marketed queer books—and the ones least likely to end in misery—were YA. The representation I found was invaluable to me, but the canon of queer YA was still so small and didn’t fully match up with how I felt. I know it’s trite, but ultimately, after years of writing adult fiction, I decided to write the book that I needed as a teenager: a nerdy book about a trans guy with a little queer found family, where no one makes any apologies for being exactly who they are.

Congrats on your debut YA novel, The (Un)popular Vote! Tell us about it and what inspired you.

The (Un)Popular Vote has—rightly, in my opinion—been described as Red, White & Royal Blue meets The West Wing. It’s about Mark, the transgender son of a Democratic congressman who thinks Mark’s gender identity is a liability. They make a deal: Mark can transition as long as he does so under a new name, in a new town, and stays stealth and far away from the spotlight. But when one of Mark’s new friends is bullied for being gay and the administration looks the other way, Mark decides to run for student body president to challenge the system.

The concept came from a series of conversations I had with one of my best friends from high school. Whenever we’re both in town, usually over the holidays, we meet for coffee and catch up. Neither of us were out as queer in high school; neither were our friends. But in the five years after we graduated, our entire high school friend group came out as queer. And at these annual coffee meetups, my friend and I would ask ourselves what high school would’ve been like, if we’d known then, if we’d been out. He joked, once, that I should write a novel about it. The (Un)Popular Vote is… not at all that novel, but it’s the closest I’ll ever get.

Somewhere in between, I think. It depends how you choose to tell the story.

There’s the version where I tell you I finished drafting this book in early 2018. I let it sit for a year, then quickly finished revisions in July 2019. Then I got lucky. I pitched during #PitMad on a whim, when I was about five weeks into traditional querying. I signed with my agent two weeks later, and I got my offer before the end of the year. From there, my editorial process was pretty industry-standard, pandemic notwithstanding.

But there’s another version of this story where I tell you I wrote my first novel in 2007, when I was still that closeted-even-to-myself teen. Maybe it doesn’t seem like a remarkable story because I’m hardly the first writer to say I shelved eleven manuscripts before I wrote something publishable. But, I never really gave up on that first novel idea. I was so in love with those characters, and I knew they deserved a story. So I tried different genres, different categories, different tropes in pursuit of something. It took me eleven years of growing up and getting the hell out of my hometown to realize that I needed to de-age Mark Adams—once the fortysomething president of the actual United States—and land him in the town I’d once found so suffocating. In this version of my story, the publishing journey took fifteen years from creating the character to seeing the book published.

Did you have a playlist or song while writing your book?

I actually have… at least eight playlists for this book. There’s a main playlist, individual character playlists, and one composed entirely of Lorde songs—which is ironic, considering Taylor Swift is the pop icon who gets namedropped about a hundred times in UPV. If I had to pick one song as this book’s anthem, though, it would be Lorde’s “Bravado.” There are running themes in the book about, well, bravado in public personas, in relation to both politics and also toxic masculinity. There’s a lot in the song that resonates with Mark’s journey. He was “raised up to be admired, to be noticed.” As the book goes on, he finds himself wanting “the applause, the approval, the things that make [him] go oh.” And in the end, he has to “find [his] own bravado.”

Assuming I couldn’t give my younger self any insider intel about my identity, my career advice would be to slow down. I wanted everything to happen immediately. The first draft, the first novel, the first try—I wanted those to be strong enough to launch an entire career. I didn’t want to wait. I thought writing was either something I could or couldn’t do and if I couldn’t do it right away, then it was never going to happen. Clearly, I was wrong.

So my advice to my younger self and aspiring authors alike: Publishing isn’t a race, and it’s okay if it doesn’t happen all at once. It’s okay to take your time. It’s okay to take detours. Sometimes it’s better. Sometimes you aren’t yet the writer you need to be to tell a certain story, and that’s okay. What matters is that you keep writing things that are true and honing your craft.

I was in a beauty pageant in high school. Well, technically it was a scholarship competition, but it involved choreographed strutting around a stage in three-inch heels, so I’m going to keep calling it a pageant. (Spoiler alert: I did not win.)

Jasper Sanchez is a transmasculine author from the heart of Northern California wine country. He earned his BA in anthropology from the University of Pennsylvania and his MA in cinema and media studies from UCLA. He now lives in Seattle with his cat, Simon, who might be more opinionated than he is. When he’s not writing, he can be found wandering museums, scouring the city for the best espresso, and annotating lists of his favorite Star Trek episodes. THE (UN)POPULAR VOTE is his debut novel.