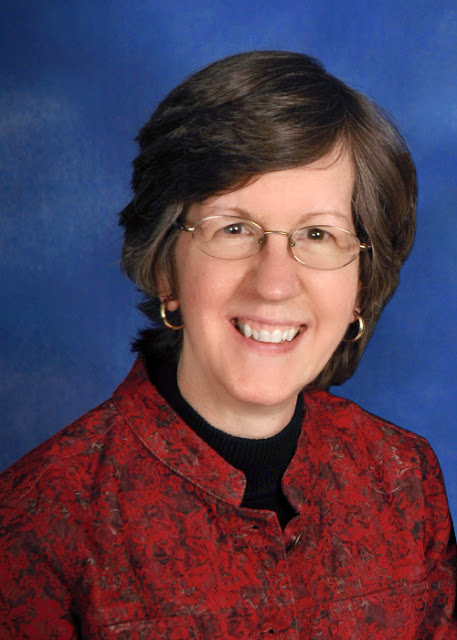 I grew up outside Philadelphia in a family where books and music were all-important. I've been writing most of my life. And I always knew I wanted to write for kids. My jobs were all children's book-related. I worked in a publishing company (as an editorial assistant), in a school library, and more recently in a large indie bookstore, in the Children's Department.
Congrats on your debut MG novel,  Everywhere Blue! Tell us about it and what inspired you.
Thank you! Everywhere Blue is the story of 12-year-old Madrigal, Maddie for short, who suffers from undiagnosed anxiety. She plays the oboe and loves everything in its place. Her well-ordered world fractures into pieces when her beloved older brother vanishes and her family begins to fall apart. It's written in verse, in first-person, present-tense, which I hope gives it a sense of immediacy and lots of emotion. The reader gets an in-depth look inside Maddie's mind.
Although it's fiction, many things in my life inspired this novel: my memories of playing the oboe in a school concert band, being raised by classical music fans, my lifelong passion for the environment, and the blue morpho butterflies I saw at the Butterfly Farm on the island of St. Martin in 2014.
Was your road to publication long and winding, short and sweet, or something in between?
The book deal itself was astonishingly fast. I signed with my agent, Barbara Krasner, on Sept 24, 2019, and she sent the manuscript out by the end of that month. Sally Morgridge at Holiday House made the offer on Oct 22, 2019. My agent said she'd never seen it happen that fast! On the other hand... I've been writing for 50 years (yes, you read that right!). I started writing angsty poetry in high school, and switched to short stories in my 20s. Then I wrote picture books in my 30s, when I was raising my two sons. Between then and now, I wrote dozens more picture books and four other novels (all unpublished). So ultimately, it's actually been a long and winding road to publication.
What are some of your favorite classic MGs? newer ones?
I've always loved  James and the Giant Peach, Charlotte's Web, and The Borrowers. Still have my copies from when I was a kid! As for newer books, I adore all the books by the 21ders that I've read so far! I especially love the other verse novels, Alone by Megan E. Freeman, Starfish by Lisa Fipps, and Unsettled by Reem Faruqi.  And Kate Albus's A Place to Hang the Moon has a special place in my heart.
What projects are you working on now?
I'm working on two books at once, which is probably not a good idea! A YA novel in verse that explores what it's like to have a brain aneurysm, and a Middle Grade novel that's not in verse! I don't want to say too much, because nothing's final.
What advice would you give to your younger self? Is this the same you'd give to aspiring authors?
Never give up! I started and stopped too many times in my younger years. If I'd only believed in myself more back then, maybe I'd have gotten published sooner. At the same time, I think the universe has a way of making things happen for a reason. I needed to grow, and learn my craft, and live for a while before I could write about difficult subjects.
Oh yes, I would give this same advice to aspiring authors. Believe in yourself and never give up. Keep writing!
What is one thing most people don't know about you?
If I read (or write) for more than one to two hours a day, I develop a headache. Especially if I'm reading on a screen.
Most people know by now I'm a two-time brain aneurysm survivor, but they may not know exactly what that means. According to the Brain Aneurysm Foundation (bafound.org), approximately 50% of us live through a rupture. And around 66% of survivors have some kind of neurological deficit. Since my second rupture, I still have vertigo, balance issues, memory issues, and word-finding issues. Plus, I simply can't read as much or as fast as I used to. But I'm grateful to be alive!
Where can people find you online?
Website https://www.joannerossmasslerfritz.com/
Twitter: https://twitter.com/JoanneRFritz
Instagram: https://www.instagram.com/joannerossfritz/

Joanne Rossmassler Fritz grew up in the suburbs of Philadelphia, surrounded by books and music. She has worked in a publishing company, a school library, and the Children’s Department of a large independent bookstore. She’s been writing most of her life, but didn’t get serious about it until after she survived the first of two brain aneurysm ruptures in 2005. She and her husband live in southeastern Pennsylvania, and are the parents of two grown sons.