We are pleased to feature author-illustrator Chris Samnee and his new graphic novel, JONNA AND THE UNPOSSIBLE MONSTERS, co-written with Laura Samnee (Oni Press) coming out on August 18, 2021. Enter to win a copy! 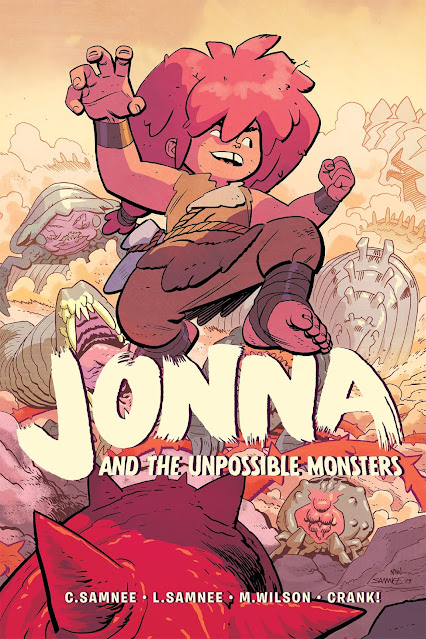 You're a well-known comic artist. Tell us about your background and how you came to illustrate for children.

I’ve made a career in monthly superhero books, but have always looked back fondly at the comics I read as a kid. As I’ve gotten older, and Laura and I started a family, I realized that a lot of the books I’ve drawn over the years weren’t really appropriate for our kids, so I couldn’t share a lot of what I’ve been working on. Jonna is our chance to make something aimed directly at them, we even work right alongside at the kitchen table some days, and it gives us a chance to dip our ties in more All Ages comics.

Congrats on your new graphic novel, Jonna and the Unpossible Monsters. Tell us about the story and what inspired you.

Jonna is the story of two sisters on a journey to find their missing father, in a world where danger lurks around every corner. It's an all-ages comic full of heart, action, and MONSTERS! It's a catch-all for some of the things I've enjoyed being able to draw in comics (action, foliage, character acting, rubble) and all the things I've never really gotten a chance to do much of until now—but have always loved (monster design, crazy landscapes, and leaning more into my very mixed bag of cartooning influences from Hank Ketcham to Hergé, Milton Caniff to Hayao Miyazaki.

In addition to Jonna I’m also currently drawing Fire Power, which is written by Robert Kirkman (of Walking Dead and Invincible fame) and published by Skybound/Image Comics.

What recent graphic novels for kids do you recommend?

As a family we’ve all enjoyed reading Cleopatra in Space by Mike Maihack, Brobots by J. Torres and Sean Dove, Bone by Jeff Smith, Hilo by Judd Winick. The list goes on and on. :)

Before I made comics full-time (not immediately before, that time was spent as a barista/bookseller at Borders) I spent some time as a Cable Guy. 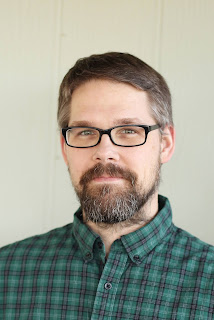 Chris Samnee is an Eisner and Harvey award-winning cartoonist. He's best known for his work on Daredevil, Black Widow, and Thor: The Mighty Avenger. He lives in St. Louis, Missouri, with his wife, Laura, and their three daughters.