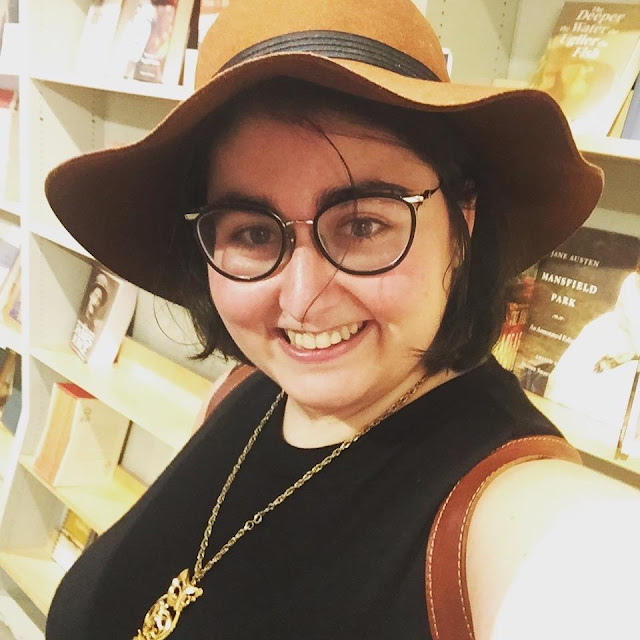 We are excited to feature author Anya Josephs and their young adult debut, QUEEN OF ALL (‎Zenith Publishing, June 2021) Enter to win a copy!

I live in New York City in a very tiny apartment with my cat Sycorax and about six hundred books. I started writing seriously when I was a kid myself, so writing for teens was just a natural evolution of that process! I love stories for younger readers because they’re so unapologetic about the depiction of big feelings and because they create such intricate, magical worlds. I still read a lot of YA and I love writing it!

Congrats on your debut YA novel Queen of All! Tell us about the book and what inspired you.

Queen of All is my contribution to the genre of classic sword-and-sorcery YA fantasy. Lots of adventure, forbidden magic, and courtly intrigue, but with a diverse twist. I was inspired by how much I loved this genre, and also how much I felt left out of it as a plus-sized queer person. The stories of young people feeling like they didn’t fit in and growing up to be heroes anyway spoke to me so deeply, and yet I never quite saw myself between those pages! So I wrote my own version.

Definitely long and winding! I was about eight or nine years old when I first came up with the idea for Queen of All, twelve when I started working on a manuscript, twenty when I finished it, twenty-five when I signed with my publisher, and twenty-seven on publishing day! I almost gave up many times, but ultimately it was worth it.

Right now I have three projects (which is about my personal sweet spot). I’m working on edits for the sequel to Queen of All, which will be out sometime in 2022. I’m looking for a publisher for my adult science fantasy retelling of King Arthur. And I’m drafting a brand-new manuscript, which I can’t share too much about except to say it’s an Armenian-folklore inspired romantic fantasy for young adults.

I would definitely give my younger self the same advice I give aspiring writers! I wish I had known how arduous this process is for almost everyone, and had focused on finding a community of other writers first. That’s what has really helped me enjoy the process as I’m in it, rather than wishing I could move ahead faster, and helps deal with the pain of comparison and jealousy for other authors’ successes.

Educate yourself about what each stage of the writing process looks like, but stay grounded in where you are. Don’t start worrying about getting an agent while you’re still drafting, or about making the bestseller lists while you’re querying. And be thoughtful and strategic about how your career should look.

For a long time, I saw publishing as a linear path I had to take my book on, but it turned out I found the most success when I opened myself up to other possibilities (like a small press publishing my debut, and focusing on short fiction for a while when the book wasn’t making progress). Finally, redefine your relationship to rejection. My life changed when I started trying to get rejected as much as possible—because that means you’re putting yourself out there, and that’s the key to success. Plus, keeping track of every rejection lets you feel like it’s all progressing towards something, instead of just… a deluge of sadness!

I’m a pretty open book, but one thing most readers don’t know about me is that I’m also a theatre director! I mostly do Shakespeare, but I also love new plays.

Anya Josephs was raised in North Carolina and is now pursuing a career in social work in New York City. When not working or writing, Anya can be found seeing a lot of plays, reading doorstopper fantasy novels, or worshipping their cat, Sycorax. Anya’s short fiction can be found in Fantasy Magazine, Andromeda Spaceways Magazine, and Mythaxis, among many others. Their debut novel, Queen of All, is an inclusive adventure fantasy for young adults.