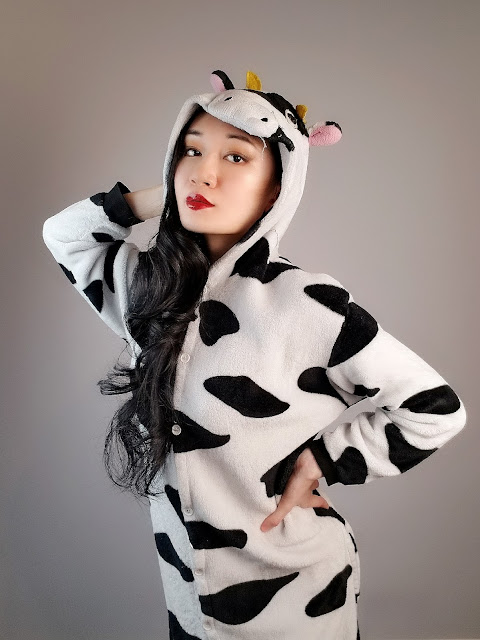 We are excited to feature author Xiran Jay Zhao and their debut young adult novel, IRON WIDOW (Penguin Teen Canada), a sci-fi re-imagining of China's only female emperor, Wu Zetian, coming out on Sept. 21. Enter to win a copy!

Hello! I am Xiran Jay Zhao, author and Chinese history and culture YouTuber! I love writing for teens because, well, teen-targeted sci-fi and fantasy is most of what I consume. I love the fast-paced action, the high drama, and the sheer imagination in this genre.

Congrats on your debut YA novel, Iron Widow! Tell us about the story & what inspired you.

Iron Widow is a Pacific Rim meets The Handmaid’s Tale reimagining of the rise of China’s only female emperor Wu Zetian. I was directly inspired by the anime Darling in the Franxx, which featured mechas piloted in boy-girl pairs, though didn’t take the implications of that arrangement as far as I wished. I took that gendered piloting system to its furthest dystopian horror, added a sci-fi spin on precolonial China, and out come Iron Widow!

Over the past year, we've watched you become a meme-master extraordinaire and internet celebrity. What's the secret to your success?

Honestly? Yugioh memes, maybe?? I have no idea, LOL. Getting semi Internet famous was completely unintentional and unexpected. If someone asked me for advice on how to pull off the same thing, I truly wouldn’t know what to tell them. I just ramble about the things I like, and somehow a lot of people like to hear that rambling?

Long and winding and literal years of pain. I can barely handle thinking back on it, actually. Iron Widow is the 4th book I’ve tried to publish, and it still barely landed a publisher. It’s really been…a journey.

The sequel to Iron Widow! There are tough expectations to meet, for sure.

Learn to let go when something clearly isn’t working instead of trying over and over to fix it. Your newest project, written and plotted from scratch by your more mature abilities, will always be better.

I can read Arabic. Sort of. I trained myself to recognize the letters on a whim 12 Apparently when I try to speak it though, I sound French?!

Xiran Jay Zhao is a first-gen immigrant from small-town China who was raised by the Internet​. A recent graduate of Vancouver’s Simon Fraser University, they wrote science fiction and fantasy while they probably should have been studying more about biochemical pathways. You can find them on Twitter for memes, Instagram for cosplays and fancy outfits, TikTok for fun short videos, and YouTube for long videos about Chinese history and culture. Iron Widow is their first novel.