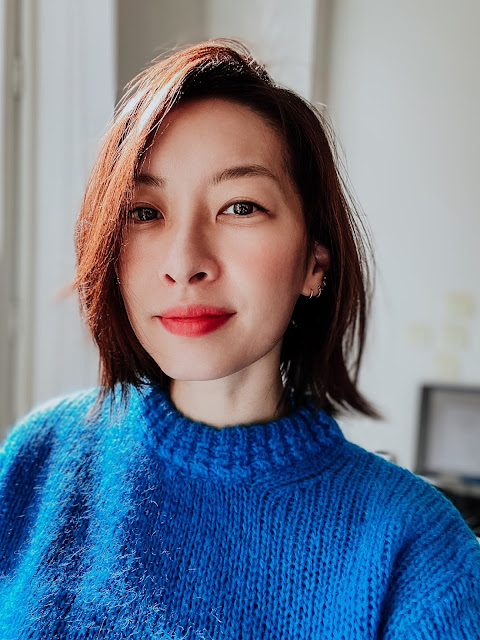 Hello! I’m June CL Tan, author of Jade Fire Gold, a young adult fantasy that pays homage to the wuxia (martial heroes) and xianxia (immortal heroes) genres. I was born and raised in Singapore but now reside in New York. I grew up on classic children’s literature and adult literary works, but my inclination as a teen was to write sprawling literary fiction that was full of existential angst lol. But now, I kinda prefer fast-paced action and delving into magical worlds—but the preference for Big Feelings never went away. Young adult SFF as it is now, feels exactly like that, so it felt natural for me to write such books.

Congrats on your debut young adult novel, Jade Fire Gold! Tell us about it and what inspired you.

Thank you so much! Jade Fire Gold is a dual POV young adult fantasy, so there are two main characters. Cursed with the power to steal souls, Ahn is hunted down by a cult of false priests who wish to use her as a weapon against the Empire’s enemies. The other protagonist, Altan, is an exiled prince bent on avenging his murdered family. To achieve their goals, the pair form a tenuous alliance which takes them across barren desert, treacherous seas, and a palace full of intrigue and secrets.

It’s really cliched but I actually had a dream of a girl trying her best to survive in a desert which was actually a growing beast that was killing her world. I knew that the girl, Ahn, would need a counterpart or foil, and that character came in the form of Altan, the other main character. And I wanted to write a story that reminded me of the wuxia TV shows and movies I grew up with in Singapore, as well as Chinese cultural myths, so I started plotting it with this in mind.

Long and winding! There was a long period in my life that I didn’t write fiction because it seemed too futile to even think of trying to be a published author. Much later, due to circumstances, it felt like a “now or never” kind of thing so I started to write again. Even so, it took me several years to get an agent, and then a few more for my book to sell. And in between those years, there were a lot of obstacles and setbacks.

Not quite a playlist, more of just background music that I would play now and then. They were mostly kpop songs and the OST for the kdrama Goblin, as it’s easier for me to focus on writing when I don’t understand the language the lyrics are in. For the final revision with my editor, I listened to a lot of the songs on the OST for The Untamed. I did make a Jade Fire Gold playlist eventually and will make it public one day! I didn’t have any actors in mind when I was writing it, though I guess I have an idea of how each character looks in my head, like a face cast.

I’m working on a contemporary/urban young adult fantasy that is in some ways an adjacent reimagining of Hades and Persephone through the lens of Chinese mythology, specifically the legend of the Cowherd and Weaving Maiden. It’s a little bit of Daughter of Smoke and Bone meets American Gods (but make it Asian), with a strong anime aesthetic.

It’s never too late to start pursuing your dream(s).

I have an open water scuba diving license.

June CL Tan grew up in Singapore where she was raised on a diet of classic books and wuxia movies, caffeine and congee. She holds various degrees in communication studies, education, and film. After teaching for a few years, she took a detour into the finance industry. To no one’s surprise, she soon realized her mistake and made her escape. Now, she resides in New York City, talking to imaginary people and creating fantastical worlds under the watchful eye of her crafty cat. She enjoys telling stories that draw on both the traditional and modern to create something fresh to the eye, but familiar to the heart. Jade Fire Gold is her debut novel.