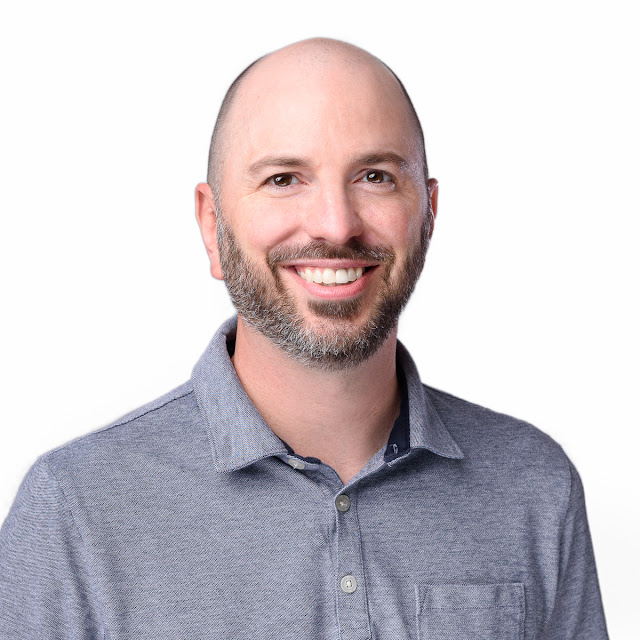 We are pleased to feature author Nate Cernosek and his debut middle grade novel, THE HIDDENSEEK (G.P. Putnam's Sons Books for Young Readers, 2021). Enter to win a copy!

Like I think a lot of writers, I started out as a fanatical reader. Back when I was a kid (the 80s) I tore through all these books that we’d now label as middle grade…all of Roald Dahl’s books, Narnia, The Chronicles of Prydain, The Hobbit, Watership Down. And that was first grade (kidding!). My parents took us on these long, cross-country car trips every summer, and I’d read the whole way, begging to go to a bookstore at every stop. I still have the book of comics I got at the Smithsonian (my kids love it).

By middle school I had set my heart on being a writer. That’s when I met my life-long friend Nick, who was an artist, and we started making comics together. Instead of just dreaming about being a writer, I started to actually write!

I ended getting a BA and MFA in creative writing (meaning I wrote a lot of bad short stories!). We didn’t call things YA or middle grade back then, but so much of what I wrote would fit in those buckets. I remember my MFA thesis chair saying I was “a moral writer,” and I think writing for kids is me leaning into something that is sort of endemic to my writing or way of thinking, while also tapping into that creative energy I had back in the day.

Congrats on your debut middle grade novel, The Hiddenseek! Tell us about it and what inspired you.

Thank you! The Hiddenseek is about Holly and Hector Thorn, siblings who accidentally stay hidden when a game of hide-and-seek comes to an end. Because of that they are transported to a cursed world where they are playing hide and seek for their lives, and the only way to get home is to win.

The story came from this idea I had that the way we play hide-and-seek — the counting, the hiding, someone shouts something like ready or not! here I come or olly-olly-oxenfree! — it all plays out the same everywhere, countless times a day. It was kind of ritualistic and…[insert spooky voice]…rituals have power.

That was sort of the leaping off point. But a story about hide-and-seek is ultimately about who you’re playing with, and for me that was my brothers. So from the beginning this was also a story inspired by and centered on that one-of-a-kind dynamic of sibling rivalry and love.

Long and winding! I wrote the first version of this story as a graphic novel script sometime back in 2014! Started submitting to agents as a middle grade novel in 2016, and it finally found a home at Putnam in summer 2018. But even after I was fortunate enough to get an offer, the book still went through some major rewrites. Lucky for me that I had a superb editor who gave me a prefect mix of guidance and encouragement to make the story as good as it could be. It just took me a little longer than I would have liked!

I loved the Rold Dahl books because they were weird and had that sense of subversiveness to them that made me feel like I was getting away with something. I loved the Chronicles of Prydain by Lloyd Alexander, which really epitomize middle grade fantasy for me. Watership Down also scared me to pieces but I couldn’t get enough.

I’ve also loved reading the books from my fellow MG debut authors this year. Time Villains by Victor Pineiro, The Verdigris Pawn by Alysa Wishingrad, the Definitely Dominguita series by Terry Catasus Jennings (which I read with my daughter), The Last Shadow Warrior by Sam Subity, just to name a few!

I have this tendency to bite off more than I can chew, so I’m currently working another spooky middle grade book that leans a little bit more into paranormal weirdness combined with a dive into the (frankly very haunted) history of Galveston Island in Texas, where my parents are from. I’m also working a genre-blending western/sci-fi/fantasy adventure that is just as crazy and awesome as it sounds.

I do think my advice would be the same. Read, read, read and write, write, write. Turn off your internal critic and pound out that first draft. Then rewrite, rewrite, rewrite. I can say I started having my modest level of success after I started treating my writing less like a dream and more like a job. Not necessarily writing every day but doing it consistently.

My time writing and rewriting The Hiddenseek — 2014 through 2021 — also involved the birth of our second child, our house in Houston flooding twice, a move to Austin and all the challenges of our current global pandemic. Through it all I would get up at 4:00 am to write before anyone else was up so that during the day I could do my full-time job-type-job and be a dad. Publishing the book was the most challenging thing I’ve ever done. And it was unequivocally worth it.

I used to play trombone in school and even all these years later I am confident I can still rock a perfect two-octave b-flat scale. Alas, even though I am from the 80s and 90s, I was never in a ska band.

Nate Cernosek is a writer and author of children’s fiction. He earned a BA in Creative Writing from the University of Evansville and is a graduate of Emerson College’s MFA Program (’99).

Nate was born in Houston, Texas and spent most of his life there. He moved to Austin in 2018, where he currently lives with his wife and two children.