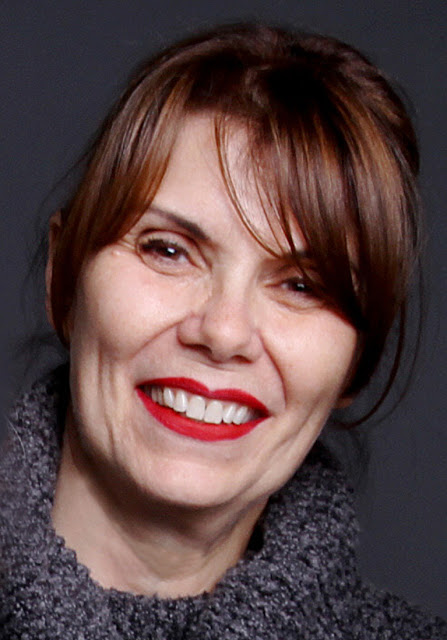 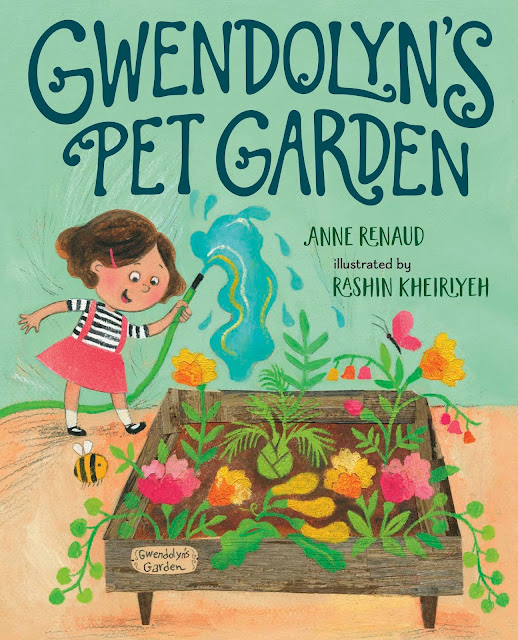 Thank you so much for graciously featuring my latest picture book Gwendolyn's Pet Garden. Books have played such a big role in my life. I was a big reader as a kid and my first summer job at the age of fifteen was working in a library. Some years ago, when I was working in AIDS research, I translated two children’s books. I thought if I could translate a book, I could write one. How naïve was I! I also believed that I had to have some hidden talent. I could not sing well, or dance well, so perhaps I could write well. I had always enjoyed English composition in school.

Anyway, you could say I began writing late-ish in life.  I published my first book in 2004, at the age of 47. I was interning at a children’s book publisher and every week I would pitch an idea to them. When I pitched the idea for a non-fiction book on the history of Canada’s annual tulip festival and the special friendship between Canada and The Netherlands forged during World War II, they loved it. I signed a contract with them before even having written the manuscript. I have since published over 20 fiction and non-fiction books in English and French with a variety of publishers, including Scholastic, Penguin and Kids Can Press. Because I write in two languages, it allows me to approach a far greater number of publishers. My agent represents all my English manuscripts and I do the soliciting to publishers for my French manuscripts. 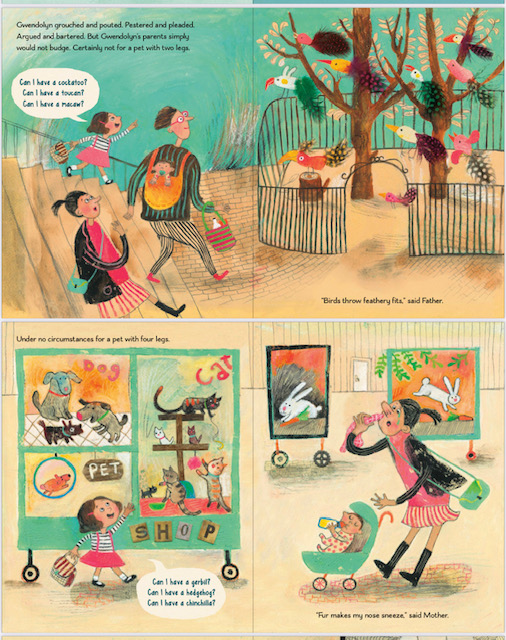 Congrats on your recent picture book, Gwendolyn's Pet Garden! Tell us about the book and what inspired you.

My inspiration for this story was my niece Emma who has always desperately wanted a pet but cannot have one.  Many parents are faced with this situation and, because of space restrictions, building regulations, allergies, or other factors, are not able to allow for a pet.  I wanted to offer Emma and other children in her situation an alternative to an animal. I thought a garden would be a happy compromise. I wanted children to discover the joy of gardening and to view plants as living organisms. I wanted to help children develop an appreciation and awareness of plants and show them how to care for them. I also wanted to encourage readers to establish a seed lending library, should their community not already have one. 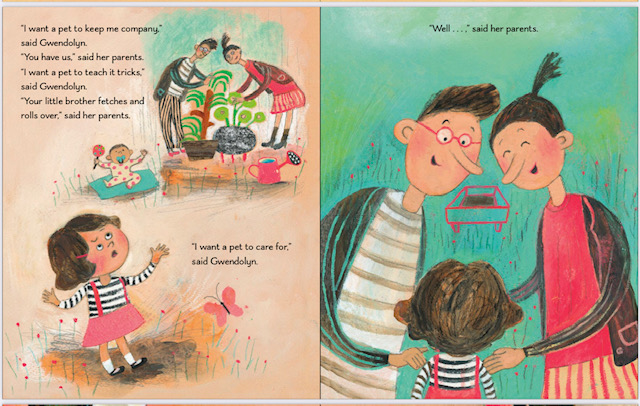 I would say something in between. When I first began writing I did what many of us do. I wrote my children’s manuscripts, sent them out to book publishers, waited, and eventually collected a ton of rejection letters. I then began writing stories, non-fiction articles, poems, and craft projects for magazines and lo and behold I began receiving acceptance letters. These acceptances validated my work and told me I did have a writing voice after all. Writing for children’s magazines helped me hone my skills. It taught me how to write concisely, given that magazines have more restricted space for each article or story, than in a book.  It taught me how to meet a deadline. It taught me how to research a topic. It also taught me how to take direction from editors whenever they asked me to revise, shorten or develop a text.

Everything I learned when writing for magazines I have been able to apply to book writing because writing is like a muscle, the more you do it, the better you get at it. I credit children’s magazine for preventing me from giving up on my dream of becoming a children’s writer. I hung in there until I began getting book contracts.

I think the reason I chose to write for children is because, when I think back to books that left an imprint on my life, they are all children’s books. I strive for my work to do the same for today’s young readers.

I am developing a humorous picture book in French, which I hope will be a sequel to Albertine Petit-Brindamour déteste les choux de Bruxelles, which was recently nominated for the Harry Black Picture Book Award. I am also working on a lyrical picture book in English, as well as a bilingual non-fiction book.

My advice would be:

Cultivate your own writing voice and do not try to emulate what has already been done.

Keep a notepad by your side for whenever inspiration hits.  I have several and carry one with me at all times.

Let your writing breathe, in other words, put distance between yourself and your work between drafts.  I let my work sit for days and sometimes weeks before going back to it.  When I look at it with fresh eyes, I see it more critically and can edit more effectively.

Read, read, read, as many books as possible in the genre in which you wish to write.

Daydreaming is writing too.  Taking breaks during the day to go for a walk, sit in the park and daydream are also a part of my writing process, particularly when I get stuck on a passage and don’t know how to move a story forward.

Join a writing group or identify at least one reader who will be able to critique your work honestly and constructively. I am fortunate to have a childhood friend who reads ALL my writing and gives me brutally honest feedback.

For many summers I ran a camp for children living with HIV/AIDS.  As a teenager I used to play drums and dreamed of playing in a rock band.

Anne Renaud is an award-winning children’s author who writes in both French and English. Her more than 20 publications feature picture books for kids aged four to eight and historical non-fiction books for nine- to twelve-year-olds. Her titles include: The True Tale of a Giantess: The Story of Anna Swan, The Boy who Invented the Popsicle: The Cool Science Behind Frank Epperson's Famous Frozen Treat and Mr. Crum’s Potato Predicament.  Anne is also a regular contributor to children’s magazines, such as Highlights, Pockets, Cricket, Orbit, Spider and Faces. Anne lives and writes in Westmount, Quebec