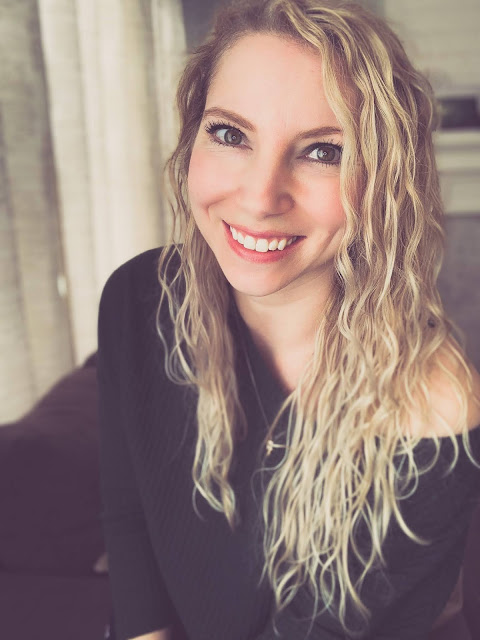 I am and have always been a reader. I was a teen long before e-readers and easy access to a digital library, so it would be special to get to make a trip to the physical or library or a bookstore. Books were my preferred gifts. Each time I got a book it felt full of promise, almost like a plane ticket. I was going somewhere new, for at least a while. I wanted to create one of those worlds too, where teens could drop in a visit when they wanted or needed to—just like I used to.

Congrats on your debut young adult novel, Stalking Shadows! Tell us about the story and what inspired you.

Thank you! STALKING SHADOWS is a feminist, gothic retelling of Beauty and the Beast, where Marie must select her sister’s victims to protect her, but when a child turns up dead she’s forced to break the curse or face who’s really become a monster.

I came across an article about the Beast of Gévaudan, which was a beast (no one actually knows what it was) that killed more than a 100 people in an area of France in the 18th century. Beauty and the Beast has always been one of my favourite fairy tales, and the original version was published in France in that century as well — before the events in Gévaudan, but it still got me thinking about the idea of a beast in your midst. The creature that haunted Gévaudan often killed women and children because they were unarmed, and I wanted to imagine two girls who were not only armed, they were the ones to be feared — a beast and its controller.

It was pretty short but a bit winding! I found an agent with my first manuscript, though I rewrote that manuscript many times. It didn’t sell on sub, but while I was querying with that MS, I started writing what would become STALKING SHADOWS. When it was ready, we went on sub with it and it sold!

Did you have a playlist or aesthetics when writing this book?

I think I’m in the minority here, but I often write in silence. I definitely can’t listen to music with lyrics. I do listen to music while working more now than I did when writing STALKING SHADOWS, and I usually go for movie soundtracks (shout-out to The Return of the King and Outlander season two soundtracks!) or Kai Engle.

Right now, I’m putting the finishing touches on an adult fantasy, I recently handed in my first round of edits on my second YA book, out fall 2022, and I’m starting to plot what will hopefully be my third YA fantasy.

You have to decide you want it enough to just get it done. I wanted to write a novel for a long time, but I always put other stuff first—building a career in another space, having a family. Eventually I realized, no one was going to make my dream come true for me. I had to sit down and write the book, and I’d never forgive myself if I didn’t even try. That’s the same advice I give to anyone who wants to write a novel—you have to sit down and do it. Treat it like a part of your job. You don’t have to write it quickly, you don’t have to write everyday or give up self-care or treasured family time for it, but you do need to find a way to fit it into your life.

I write dark, gothic fantasies and love a spooky aesthetic and ghost stories and yet—I’m such a wimp. My imagination betrays me by the time I try to go to sleep after watching a scary movie. I so much wanted to watch The Haunting of Hill House AND The Haunting of Bly manor and only made it through a few episodes of each because I had to throw in the towel or risk losing sleep! I’ll sometimes read the synopsis of horror movies on Wikipedia, lol. Thankfully, reading spooky books doesn’t bother me.

Cyla Panin is an MG and YA writer who prefers to look at the world through a dusting of magic. After spending most of her childhood wanting to escape into the wonderful worlds her favourite authors created, she’s now using her own words to craft magical places. When not writing, Cyla can be found playing dinosaurs with her two young boys, watching swashbuckling and/or period TV shows with her husband, and, of course, reading.