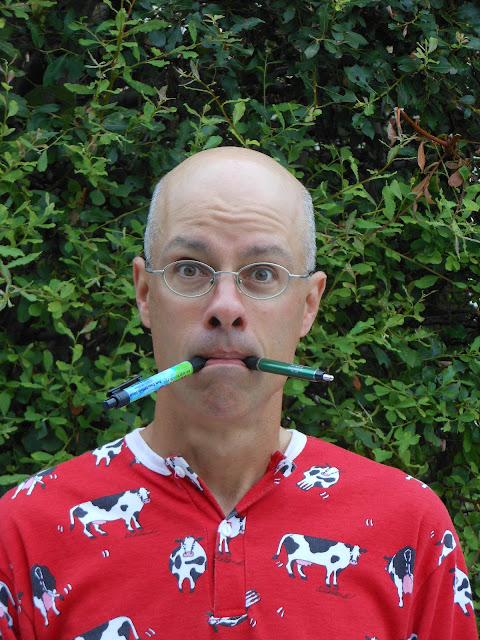 We are excited to feature author Troy Wilson and his newest picture book, HAT CAT, illustrated by Eve Coy (Candlewick) coming out on February 22nd. Enter to win a copy! 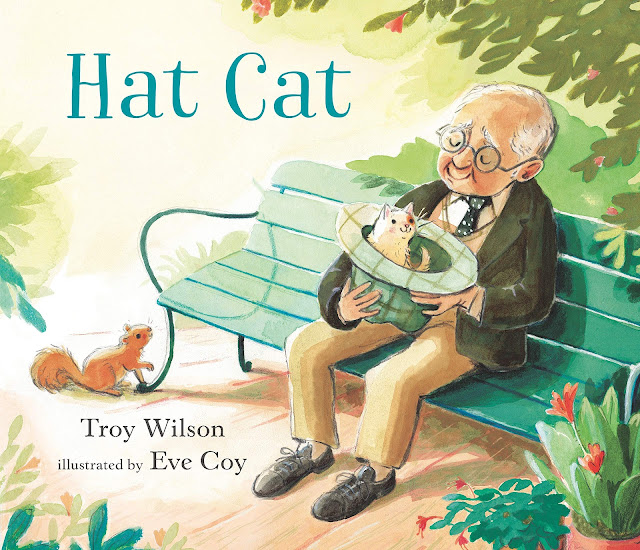 Since about second grade, I had dreamt of being either an author or cartoonist when I grew up. But I never put in the hard day-to-day work necessary to make either dream come true. Finally, at the age of thirty, I decided to really put my nose to the writing grindstone. I was in a hurry, so I focused on short pieces. A year later, I had gotten published in an alternative weekly, won third place in a Postcard Fiction competition, and signed a contract for my first picture book (titled Perfect Man).

I wrote all manner of short material initially. Opinion pieces, book reviews, news stories, human resource reports for government – you name it. In the years since, my commitment to writing most of that stuff has waned, while my commitment to kids’ stuff has remained strong. I don’t want any children of my own, but I’m happy to write for other people’s kids. And I’m also happy to write for every last adult who reads picture books – which, honestly, should be every last adult. 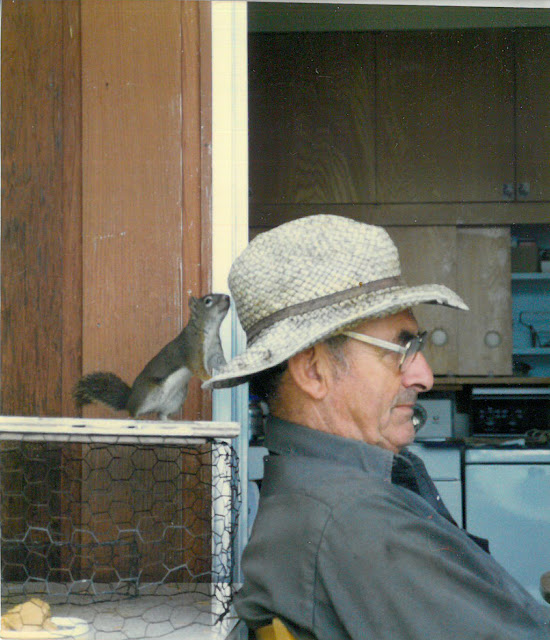 Congratulations on your picture book Hat Cat! Tell us about it and what inspired you.

Hat Cat is a departure for me. It marks my first (and hopefully not last) quiet, gentle book. More heart and less humor than my usual fare.

Here is a summary: “A nameless old man lives alone and feeds squirrels with nuts he places on his hat. Then one day, he reaches for the hat and finds a stray kitten beneath it. The two become fast friends, and there are always plenty of kitty rubs and food and talk to go around. Every day, the kitten (named Hat) watches the old man go outside to feed the squirrels. But Hat is not allowed to join him. Because what if Hat runs away, or chases the squirrels—or worse? Then the old man leaves and, for some reason, does not come back the next day, or the days after that. When people come by to take care of Hat, will one little girl give him the chance he’s been hoping for?”

There were three main sources of inspiration for this book: a dearly departed grandfather (I called him Pop), a classic Canadian picture book (Waiting for the Whales), and a picture book that needs no introduction (The Cat in the Hat). Not sure which of these started the ball rolling. Who knows, maybe it was all at once.

Like the man in my story, Pop fed squirrels from his hat on the back deck. He also left nuts and peanut butter in a little wire enclosure out there, so squirrels could access the food anytime and birds could not. But to keep my story tight and focused, I did not include any such enclosure. Also like the man in the story, Pop was a kind, good-natured, welcoming soul. Unlike the fictional man, Pop was not a fan of cats. He and his wife never owned any in my lifetime. My mom does recall that they had a few cats in her youth, but more as mousers for the barn and less as beloved indoor pets. 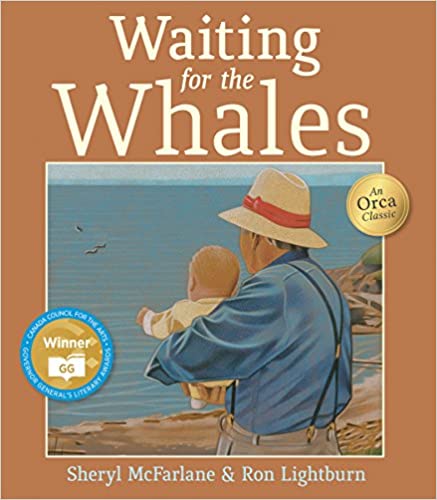 Waiting for the Whales is a gentle, timeless, and award-winning picture book from 1991. As to how it inspired me, I think this summary will make that clearer. “A nameless old man lives alone by the sea. Only when the whales return each year is his loneliness eased. One day, his daughter and her baby return home to live with him. As his granddaughter grows, the old man passes on a wealth of knowledge and wisdom, as well as his passion for the whales. And each year they wait for the whales to appear. The old man dies, and his daughter comforts the child with this: ‘Don't be sad, sweet girl. Your grandfather's—” Sorry, I’m stopping the summary there. You really need to check it out yourself. And as with Hat Cat, this old man’s hat lays empty in his absence. Side note: Whales author Sheryl McFarlane lives in the same city as me, and we’ve met several times. I’ve also met the fellow who served as the visual model for this book’s old man.

With  The Cat in the Hat, I only took inspiration from the title. The high-energy comedic romp itself is the polar opposite of Hat Cat.

It took my agent about a year to land the contract after she started submitting Hat Cat widely. No shortage of rejections, but thankfully some were of the complimentary, encouraging variety.

Candlewick editor Kate Fletcher and I went through a few rounds of feedback and revisions before she made the actual offer. And after the contract, she and I kept reworking and refining the text right up until the last possible moment. Can’t thank her enough for helping me make the final text so tight and impactful.

And while I’m acknowledging MVPs here, I’ve got to thank my awesome agent Hilary McMahon for believing in this story from the start. Big thanks as well to illustrator Eve Coy for her warm, lovely artwork. It complements and enriches the text in pitch-perfect fashion.

What are some of your favorite classic PBs? Recent ones?

Classics: The Monster at the End of This Book, Harold and the Purple Crayon, and I Wish That I Had Duck Feet made big impressions on me as a kid. I first encountered both Harold and Duck Feet in my elementary school library.

Recent: Chez Bob, Unstoppable, The Little Wooden Robot and the Log Princess, Knot Cannot, Wolfie the Bunny, I Don't Want to be a Frog, 7 Ate 9, and Extra Yarn, just to name a few. I borrowed all of these via the Greater Victoria Public Library system.

Every time I say what I’m working on in an interview, the projects don’t come to fruition for one reason or another. So mum’s the word.

But I can say that I’ll have a fun illustrated story in the April issue of Chickadee, a top-notch Canadian children’s magazine. My work is long since done on that one, and I can’t wait to see the artwork!

Some people know that Stan “The Man” Lee praised my first picture book. Fewer people know that he contributed to a charity anthology I edited. I still remember the rainy night when his comic script popped into my email. Such a surreal and magical moment. (BTW, the anthology is no longer available; otherwise, I’d urge everyone to snap it up.)

Troy Wilson is the author of nine picture books with five publishers, as well as 16 stories for kids' magazines. His many summers as a camp counselor taught him a lot about life, the universe, and everything. He lives in Victoria, BC, Canada.