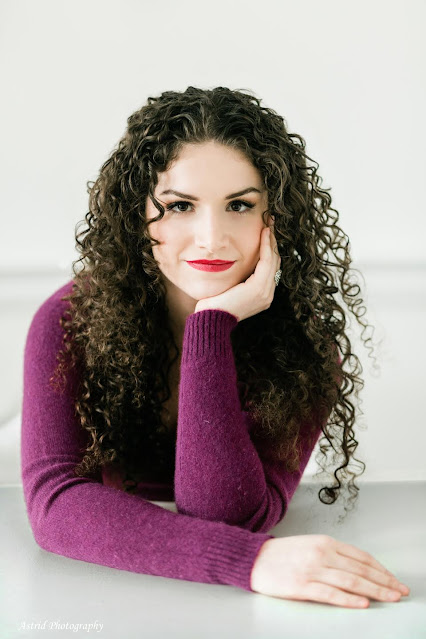 We are excited to feature author Lillie Lainoff and her debut YA novel, ONE FOR ALL (Farrar, Straus & Giroux BYR), out on March 8. Enter to win a copy!

I’m a writer, fencer, and coach currently living in Washington, D.C. I just finished my MA in Creative Writing Prose Fiction at the University of East Anglia and miss Norwich (England) very much!

Congrats on debut young adult novel, One for All! Tell us about the story and what inspired you.

Thank you! I wrote my first novel when I was twelve—looking back, the novel would probably be considered middle grade, even though the characters were older. I wrote my second novel during high school, which was YA. That was around the same time I was diagnosed with POTS (Postural Orthostatic Tachycardia Syndrome.) I was reading every book I could get my hands on, but there were no main characters like me. So ONE FOR ALL was a way for me to provide the representation to readers that I needed when I was a teenager. Plus, as a competitive fencer and coach, it was wonderful to put my spin on a fencing classic!

Definitely of the long and winding variety. The novel I signed with my agents for in the summer of 2016, The Keeping House (a speculative fiction novel with an all-disabled cast), went out on submission in October of 2016 and made it to acquisitions at a few publishing houses, but ultimately didn’t sell. I started writing One for All during my senior year of college in 2017. I finished it at the beginning of 2018, and then we went out on submission to editors in October. Fast forward a little over a year, and we sold One for All to FSG! Because the publishing timeline is…well, the publishing timeline, my debut book deal in November 2019 was for a 2022 publication date.

How much historical research did you do to write this novel? Did you learn any interesting tidbits?

I did so much historical research for One For All—while it’s not straight historical fiction, rather historical adventure/fantasy, I wanted to know all the information about the period I could, so when I didn’t portray something exactly as it was during that time, it was an active and conscious choice, rather than due to a lack of knowledge about the subject. There’s lots of information that never made it into the book, especially about French fashion and cost-saving measures. Also, all the toxic makeup!

I have four YA novels and one adult novel in the works, along with tons of short stories and essays. So many early readers have asked me if one of those YA projects is a sequel to One For All: while I’d absolutely love to write a sequel (and have a title and synopsis ready), OFA is currently a standalone. The best way to try to make a sequel happen is to preorder/buy a copy of OFA, though!

What advice would you give your younger self? Is this the same that you'd give to aspiring authors?

One For All is very much the book that younger Lillie needed, so it’s fitting to say that I’d tell myself that I shouldn’t be ashamed of who I am. My journey to self-love and acceptance happened a bit later than Tania’s does. And I suppose, in a way, that can apply to writers, too. While I love to experiment with genre, style, POV, etc., at the end of the day, I was able to/can produce my best writing because I accepted my writer’s voice.

I’m a huge figure skating nerd: my mom was a competitive skater until she was sixteen—I never developed the ability to skate backwards without falling on my butt. A few years ago, my mom and I started watching figure skating together since the season conveniently timed up with Thanksgiving and Winter break. Now we watch all the Grand Prix events together, yell at the TV during Nationals, and are eagerly anticipating the Olympic Games. (Nathan Chen is in Jonathan Edwards, my residential college, at Yale!) Obviously I’ll never know as much as actual figure skaters, but I have gotten to the point where I’ll make comments about under-rotations, poor music/costume choice, or awkward spins, and then Johnny Weir will say the exact same thing on TV five seconds later, which is a definitely ego-boost!

Lillie Lainoff received her BA in English from Yale University, where she was a varsity fencer and one of the first physically disabled athletes to individually qualify for any NCAA championship event, and her MA in Creative Writing Prose Fiction at the University of East Anglia. She has also won the 2019 Los Angeles Review Literary Award for Short Fiction, was a featured Rooted in Rights disability activist, and is the founder of Disabled Kidlit Writers on Facebook. She lives in Washington, DC.